Echoes of a Fallen Star

It’s hard to believe I’ve been playing Final Fantasy XIV regularly for nearly seven years. That’s the Realm Reborn edition of course, which itself is a rebuild of the failed iteration from 2010.

To see a project like this — on this grand of a scale — get a new lease on life is pretty incredible. The formula still isn’t perfect, but the story, world, and characters shine through like a divine light. 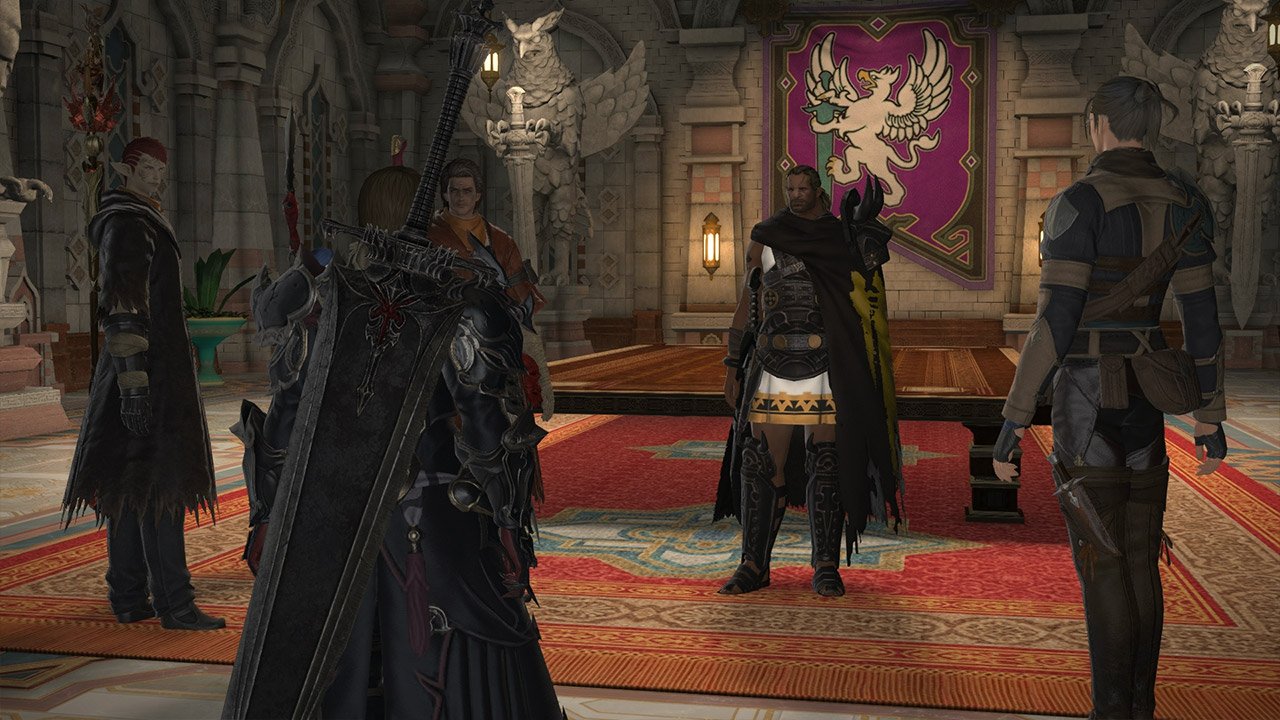 If you’ve been following along, the last time we checked in with Final Fantasy XIV in a major way was with patch 5.1, which dropped in October of 2019. While it wasn’t quite as impactful as the base Shadowbringers expansion (a tall order), it kept the good times rolling, and added a whole new NieR storyline into the mix. 5.2 is charting that same safe course to an island oasis.

As always, the approach is two-pronged: the sacred and the profane (in the biblical sense, if MMOs were a holy text and the holy archetype trinity was its credo). The former involves a lot of running around familiar areas doing errands and learning more about the world, and the latter includes a few classic FFXIV dev team surprises. But even with the aforementioned semi-rote sequences, FFXIV manages to make things like diving for barnacles meaningful to some degree.

You’ll also get at least one surprise with 5.2, centering around an ancient riddler, complete with a Monty Python “questions three” reference. I’m constantly taken aback by how intense, deep, and unique the team manages to make something as “A to B” as MMO questlines. That sentiment includes the new dungeon (Anamnesis Anyder, good old Square Enix random name generator), which begins with the party riding on the back of a giant creature. That brilliance is brief and in spurts, but stretches the definition of what MMOs can do, much like World of Warcraft has in the past with its out of the box choices.

For all the hardcore players, this “even” patch is a far cry from the previous odd-numbered “catch-up patch,” and contains a whole new Eden raid wing to conquer, both of the normal and savage variety, as well as another regular and extreme trial: Ruby Weapon. While I won’t spoil the raid, suffice to say the design team has done it again, and Ruby Weapon is a great addition to the lore and a triumph on a mechanical level.

One of this team’s biggest strengths is its ability to take something from classic Final Fantasy lore and make it its own. While they could have very easily just copied and pasted a retro enemy and went “Remember this? Buy your childhood back now,” they merely captured the idea of the giant hulking desert monstrosity of Ruby Weapon, a creature that can drag your party underneath the deadly sands, and crafted something new for another generation to remember.

There’s more to grind with a whole new Qitari beast tribe (read: factions that you can do daily quests for to gain unique rewards), more chapters have been added to New Game+, more housing and crafting items were added, more Triple Triad cards are in on top of another Golden Saucer minigame, and a few classes got slight reworks. Incremental quality-of-life upgrades are in as well, including the much-welcomed more freeing Materia system: which allows players to more carefully extract Materia from spiritbound (heavily used) equipment without breaking it. As a static raid leader, the enhancement of the waymark system (there’s a 3 and 4 now, and you can save waymark placement) was way overdue. As usual, it’s a lot, but the main flow of the endgame hasn’t been reworked.

You’re still grinding for tomes, upgrading, then taking on the top content. Without a Free Company (guild) or friends to play with, solo queuing can get pretty lonely, even if you best all of the top savage encounters and earn your one loot roll for the week. Producer Yoshida and his team seem very comfortable with the way things are going, and I’m far from the point where I think something has to give, per se. Especially when oddball activities like fishing cruises (new in 5.2) are added in each patch.

The theme park approach is grating at times, but it’s something I’ve dealt with for a long time now despite my penchant for hardcore raiding. Final Fantasy XIV is still fun and it’s still beautiful. We’ve known each other so long that some of the idiosyncrasies of our relationship are starting to wear on us, but the love is still there. That counts for a lot.