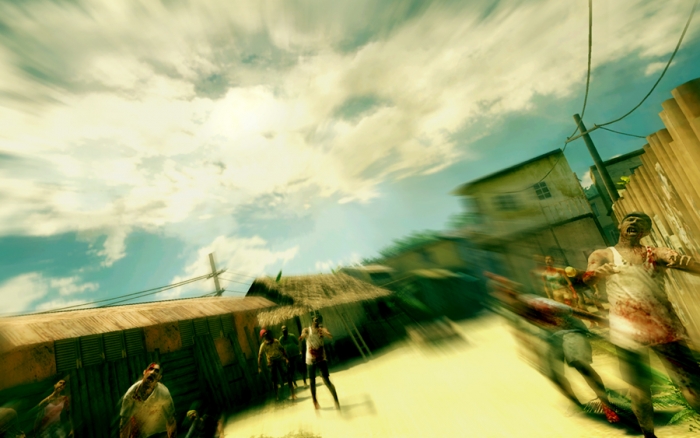 Ever dreamed of being eaten alive by Resident 1-3 style zombies while tromping about a Resident Evil 5 style shanty town? Well you’re in luck, because this newly revealed Resident Evil: The Darkside Chronicles scenerio looks to provide just that. Although this new chapter in the RE mythos doesn’t take place in the same town (or even the same continent) as RE5, the resemblance here is uncanny. Details on what exactly to expect from this new campaign are scarce, but here’s what we know- Leon and his RE4 nemesis Krauser go to a South American village to “look into” a potential zombie outbreak. There they find a scared little girl, and from the looks of it, some vaguely annoyed zombies.How much you want to bet that by the time it’s all over, the little girl has turned into a giant squid monster that needs to be exploded via satellite?

This isn’t the first time that someone thought that old-school RE zombies might fit into a bright and cheery RE5 world, but it is the first time we’re seeing it happen in a real RE game. Can’t wait until November to give this one a shot.