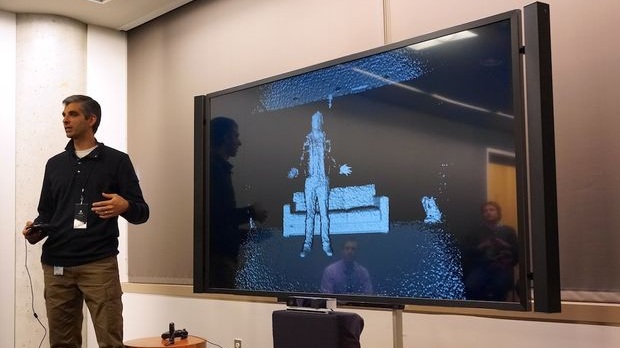 One of the most immediate, widely held, and legitimate concerns surrounding Xbox One’s Kinect was the very realistic potential for Microsoft to abuse the data collection. It’s not much of a stretch, given that it’s recently been revealed that the tech giant turned over email and Skype information to the NSA. Don’t worry though; Microsoft says you can quell all of those fears, as it won’t use Kinect data malevolently.

Xbox’s Albert Penello, a marketing executive, talked to NeoGAF about this touchy subject. “Some of the new Xbox One Kinect features *could* be used in advertising – since we can see expressions, engagement, etc. and how that might be used to target advertising. This is the point that seems to draw some controversy. First – nobody is working on that. I’m not aware of any active work in this space. Second – if something like that ever happened, you can be sure it wouldn’t happen without the user having control over it. Period,” Penello emphasized.

He further accentuated the company’s stance on privacy by explaining that the Skype app will stop streaming and will be rendered unusable whenever it’s moved to the background. This is its way of ensuring that nobody will accidentally broadcast something when they didn’t know that the application was active.

Penello was insistent in Microsoft’s position, stating that “preventing Kinect from being used inappropriately is something the team takes very seriously.” If he hasn’t quite convinced you of Microsoft’s dedication to privacy, at least you can just use Xbox One without Kinect.