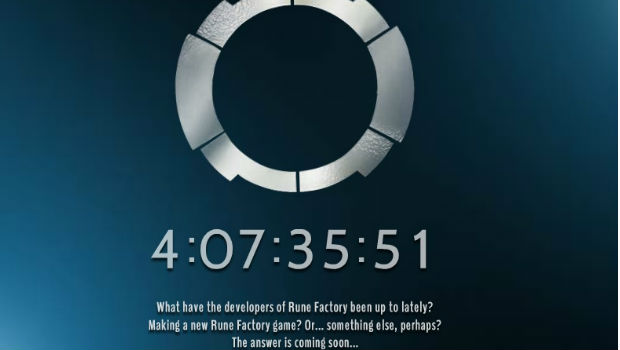 From the Rune Factory developer

Marvelous AQL has updated their site with a countdown clock teaser, and it might be hinting at Rune Factory developer Neverland Co.’s new project. The teaser simply states, “What have the developers of Rune Factory [Neverland Co.] been up to lately? Making a new Rune Factory game? Or…something else, perhaps? The answer is coming soon…”

If you take a look at the URL it says “3DS.” This could be anything, but the “something” could possibly entail ports, or, dare I say it — a new Lufia & the Fortress of Doom? I don’t want to get too excited, but given Neverland’s portfolio, I’m eagerly awaiting the reveal.