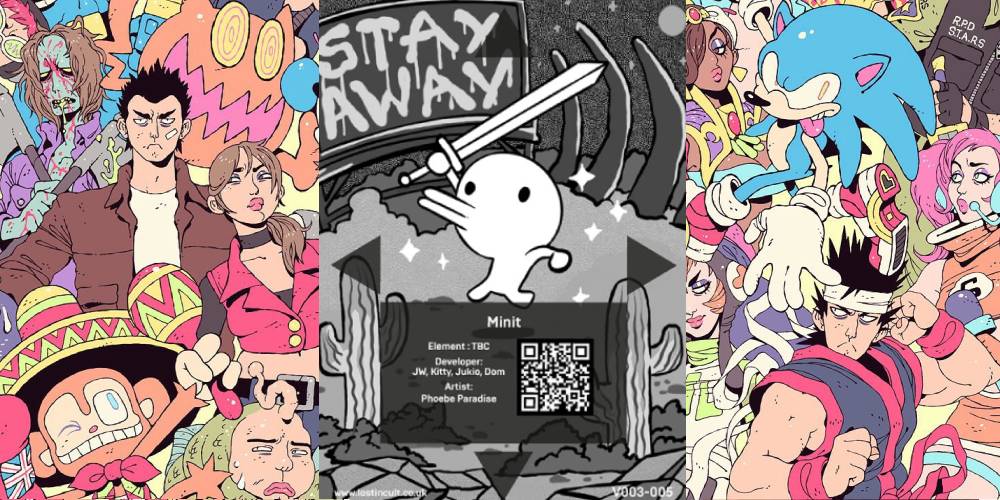 Has the whole NFT thing burnt itself out yet? Am I helping to keep it alive by talking about them in that (hopefully) eye-catching non-sequitur of a sub-headline? Who the heck knows. One thing’s for sure though, physical collectables are loads more stable and joyful than digital fart coin. It wasn’t long ago that I bought some Pokemon cards for a stranger to the tune of over $100 clams. He was overjoyed! And he paid me back within seconds. I just can’t imagine that ever happening with an NFT. They’re more likely to get stolen through a dildo than inhabit anything wholesome.

The good folks at Lost in Cult are looking to spread the same kind of cheer, through both a competitive trading card game (called [versus]) and a physical book-sized magazine (called [lock-on]). The latest issue (now on Kickstarter) is Dreamcast-themed, featuring tons of original art and prose paying tribute to Sega’s underdog console. There are also some great features on Breath of the Wild, Darksiders, and Doshin the Giant. It’s a hattrick of apocalyptic cartoon hijinks. 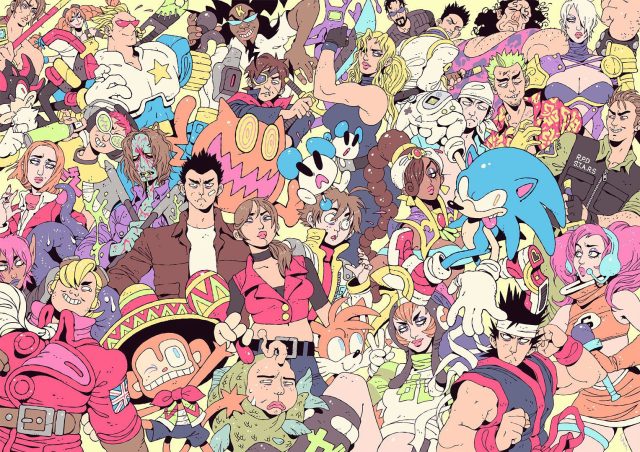 On the card game front, indies take the spotlight, with titles like The Binding of Isaac, Gris, and Genesis Noir taking the stage. This star-studded new lineup follows in the footsteps of the last set of [versus] cards, all of which were exclusive to Kickstarter backers of [lock-on] #2. We even got to announce a few of the cards here on Destructoid, including A Short Hike, Grindstone, and Retired Men’s Nude Beach Volleyball League. Full disclosure: I volunteered to draw that last one myself. I still can’t believe they actually printed it.

As for the cards, we’re happy to get the exclusive scoop on three more of them. Disc Room, Minit, and Dustbiters, three games co-created by J.W. Nijman (formerly of Vlambeer), are all set to join the crossover. That last one is also a kickstarted card game, following the success of other videogame/card game crossovers like The Binding of Isaac: Four Souls and Exceed: Fighting Card System (featuring Shovel Knight). They both made a ton of dough. 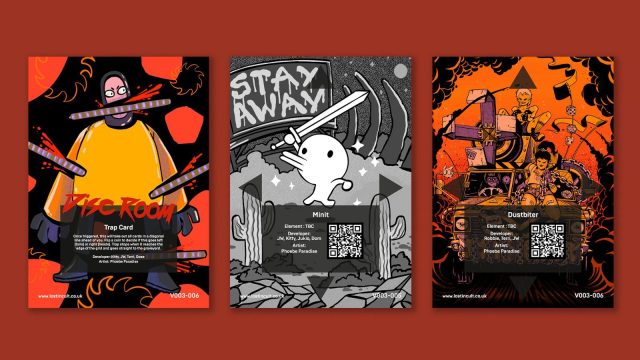 I think, in time, [versus] may have the same success. Its’ latest foray in crowdfunding is doing even better than the last, and its’ ever-growing roster is sure to expand its’ reach from there. They might even choose good old Mr. Destructoid for a guest spot someday. Despite his debaucherous past, he at least wears pants. You can’t say the same for Isaac or that retired nude volleyball man, and they got in no problem.