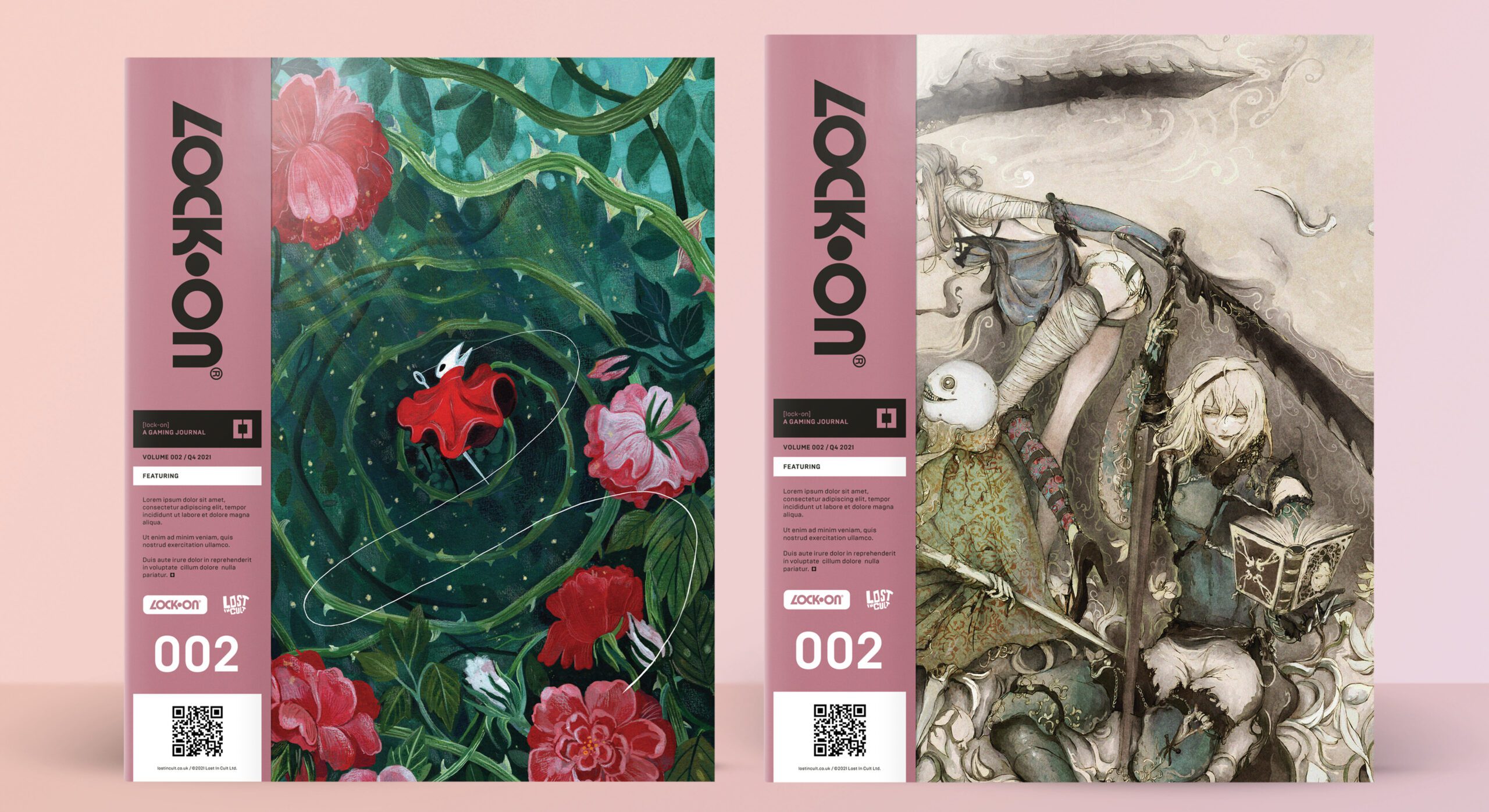 [Update: We promised you more info on [lock-on] and [versus] if we could get it, and after dropping our hooks in the water, we’ve pulled out a few whoppers! Lost in Cult, the creators of this combination card game and magazine, surprised me by announcing that a card featuring my art of a naked old man is now a stretch goal. I did not know this was happening! I am also not getting paid anything for it, so never fear, dear reader. This story is as unbiased as it ever was. But it’s still pretty neat to see.

Lost in Cult also revealed a new story for the magazine side of the project about the end of Travis Touchdown, featuring a massive interview with Suda51. And as if that weren’t all enough, they’re also releasing another new card, this time based on Grindstone. Published by Capy Games, the smart, brutal, and silly puzzler is about as extreme as it gets, making it a perfect fit for this particular crossover project. Don’t those pink nipples look cool? The original story follows below.]

You may be surprised to hear that in the year of our lord 2021, special edition vinyl records sell better than compact discs. Streaming music trumps them both by a large margin, but vinyl is definitely doing better now than it was 15 years ago, and that’s probably because it’s as “Extremely Analog” as music gets. Now more than ever, people want the extremes. The most sought-after stuff in video games right now is either the latest tech and/or physical media like classic, clunky game cartridges, arcade cabinets, and even video-game-adjacent card games. They won’t even sell Pokemon cards at my local target anymore. People got too violent over them.

[lock-on] is a new book-sized game magazine that looks to serve both fans of the latest games and of all sorts of legacy game media. It follows in the footsteps of high-end, lovingly-made game publications like A Profound Waste of Time, though it’s definitely got its own identity. What really amazed me about the first issue of [lock on] is how it made me interested in AAA games that I might normally work to ignore. There’s an amazing piece there on how The Last of Us: Part 2 is an achievement in game accessibility. Hearing independent voices gush about decidedly not independent games, their words sitting alongside beautiful, digitally-created artwork, all in a book you can hold in your darn hands? That’s a lot of opposite extremes in one place, and I for one was smitten.

The first and second issues of [lock-on] are currently available via Kickstarter, and as a special campaign reward, they’re throwing in a deck of an all-new competitive card game called [versus]. According to the campaign page, the game is “…a two-player card game that pits gaming characters against each other in a battle to reach their opponent’s home base. This grid-based game is inspired by others such as Triple Triad (Final Fantasy VIII), Pokémon, Tic Tac Toe, and even a dash of Top Trumps. As well as character cards though, you’ll also have access to items and traps which can really shake up the battlefield, creating a whole new level of strategy.” Like Binding of Isaac: Four Souls, the game will feature crossovers with various videogame icons big and small.

Characters from Maneater, Disco Elysium, Death Trash, and a bunch more have already been announced, and there’s more to come. Like this exclusive reveal of a card from A Short Hike!

If you’ve played A Short Hike, then you know that having any excuse to think about it again, in trading card form or otherwise, is an excuse worth making. This critically acclaimed adventure “about an adorable bird, going on a walk through the countryside, with the hopes of finding cell phone reception” combines the best of roughing it outdoors with the joys of modern game design. Extreme opposites again! No wonder it’s such a hit.

But does it get any more extreme and opposite than that? If it does, we’ll be back to update the story later in the week. There’s a chance we have another card or two from [versus] to show you before the campaign ends on September 1, so stay tuned.