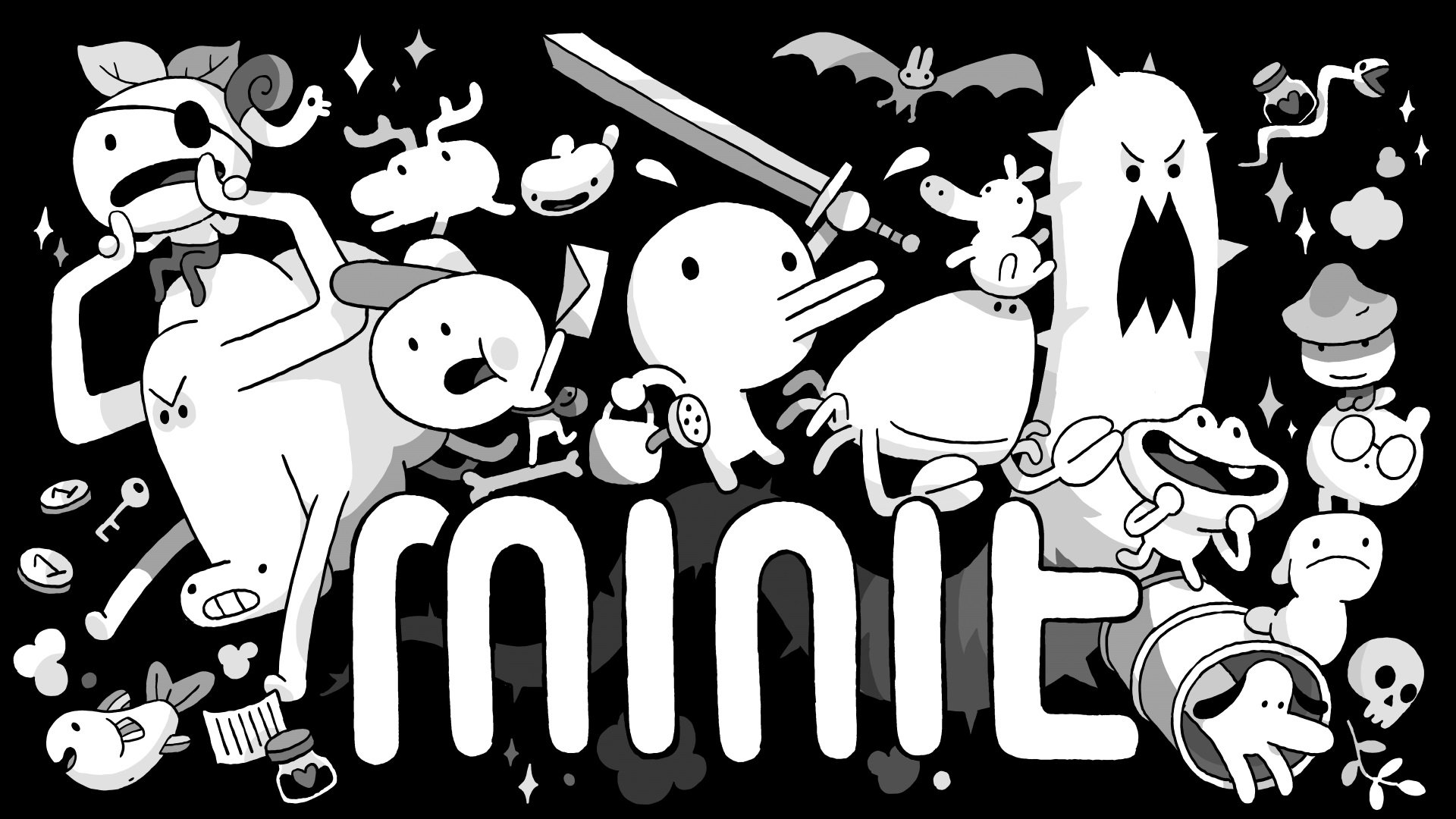 What’s one minute of your life? I woke up today and spent 12 minutes scrolling through Twitter, looking at statements and jokes that I didn’t particularly care to see. Later, I spent three minutes trying to remember other mundane wastes of time from this morning. (I eventually settled on the meta-waste from the sentence you just read.)

The point is that 60 seconds flies by. Minit knows this and Minit accentuates this. Minit explores the exact length of one minute, cranks the font up to size 50, underlines it, and adds 10 exclamation points. Minit is astonishingly proficient at examining how one minute is enough time to be startling efficient and woefully inept.

Really, it’s all so incredible.

Minit‘s gimmick is that each run lasts a maximum of one minute. The unnamed protagonist, an oddly-shaped duck-alien thing, finds a cursed sword and it comes with the unfortunate restriction that he’ll die after living for 60 seconds. It’s not all bad, though. When death is re-positioned as an inevitability, it feels less like a failure and more like another chance at success.

That constraint — knowing everything can’t be accomplished immediately — drives Minit‘s gameplay loop. Some attempts will be spent wandering and trying to piece together what’s next; some will rely on execution after having already figured out how to proceed. It’s all surprisingly low-stakes because there’s the inherent safety net that a botched run will only take one minute to rectify.

For a central mechanic that’s so on-the-nose minimalist, Minit is deceptively big. It’s an adventure in the style of Link’s Awakening — full of quirky characters, item switching, and semi-obtuse objectives. There’s a fish who prefers being on land rather than in the sea. There’s a guy who genuinely just wants to hear some good tunes. The alternative to a sword is a watering can.

There’s a lot to do and a lot to explore. That seems at direct odds with the minute-long time limit. Minit‘s solution is to carry over nearly everything that’s accomplished in past lives. Any progress made is a permanent step toward the conclusion to this grand journey.

Still, finishing Minit doesn’t feel like Minit‘s ultimate reward. It’s finding a familiarity with every inch of its world that’s most satisfying. It’s knowing how to get across the entirety of the map in under a minute (with plenty of time to spare, honestly). It’s this learned mastery of all of Minit‘s systems and being at peace with the 60-second timer. And then it’s using all of that to figure how to wring out the last few elusive secrets. I feel like there’s more stuff I should water.

By contrasting a relatively-large adventure against a relatively-brief time frame, developers JW, Kitty, Jukio, and Dom found a unique piece of game design that’s incredibly effective. Everything about Minit should feel overwhelming. It doesn’t. Instead, everything feels attainable in due time. There’s this weird and perfect harmony about knowing you’re rushed and also not caring. It’s liberating. I could keep gushing about Minit but, given the source material, this review is already too long.