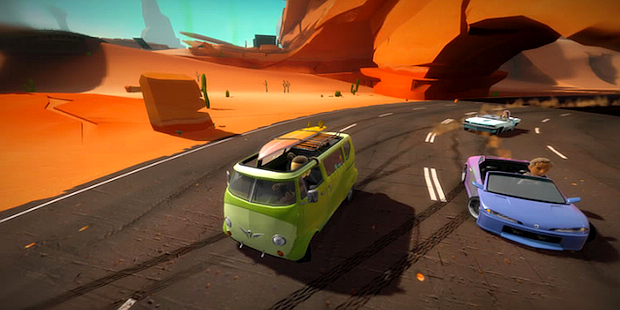 A few days ago we wondered “What’s up with Joy Ride“? The BigPark developed Xbox LIVE game — a social racing/trick/whatever game — had gone missing from Xbox.com. It was also due for release in 2009. (Check your calendar; I’ll wait here.)

Now CVG is reporting that the title has been completely reworked as a launch title for Microsoft’s Project Natal. The game is now said to be a boxed retail title — it was previously going to be a free-to-play XBLA download — and has been worked into a “bigger, richer game than before.” This reported Natal-enabled Joy Ride update will use Natal for racing controls, with CVG’s source adding “we’re reliably informed it’s very intuitive.”

The game is expected to be revealed at its E3 ‘Natal Experience’ event on Sunday, June 13. Expect lots of ridiculous looking flailing of limbs to follow.