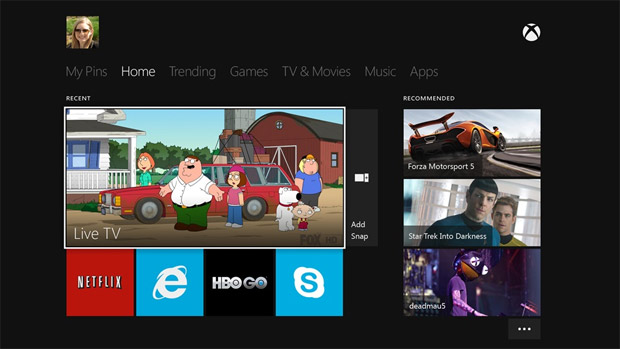 Microsoft has put out some images of its user interface for the Xbox One, and it’s exactly what you would expect given where the Xbox 360’s dashboards updates ultimately went and the company’s design for Windows 8.

I don’t love it or hate it; in fact, I don’t know that I even have a real opinion yet. In some ways, that’s not exactly a great sign. “Inoffensive,” perhaps. There are also a couple of shots of the TV guide functionality thrown in for good measure.