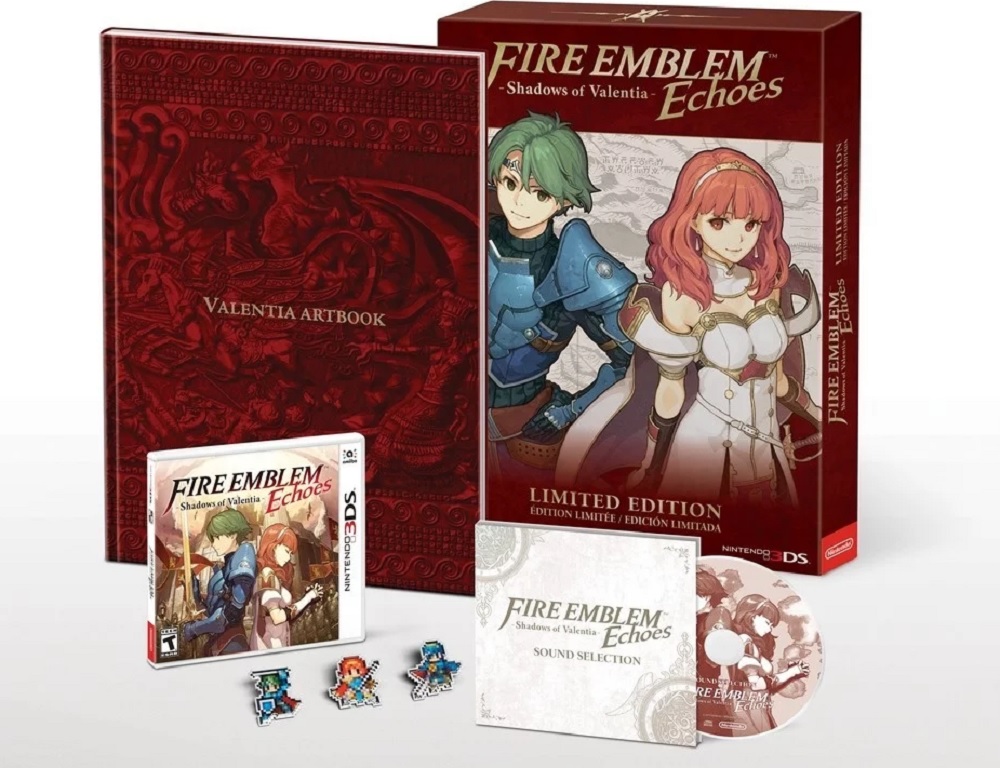 Nintendo is not known to handle special editions well. Minutes after many go on sale they’re sold out for good, and if you want one, get ready to pay double or triple price. The only way to get Fire Emblem Fates on a triple-pack physical cart was by way of a special edition, one of their most egregious ideas yet.

I hope that Fire Emblem Echoes: Shadows of Valentia (the remake of the second) game is easier to find. It’s also getting a special edition for $60 for its release in May, which comes with a hardcover artbook, an audio CD, a pin set, and a reversible cover. The base game is $40, so I’d say it’s worth it (note: it does not come with the two new amiibo).

Speaking of amiibo news, each one (Alm and Celica) will activate their own “exclusive dungeons.” They can nab loot and level up in them by way of a menu from the overworld map, or you can use them to summon illusions of themselves for a single turn based on the amiibo’s stats. Super Smash series amiibo will work too as summons, including Marth, Ike, Roy, Robin, Lucina, and Corrin (?). “All amiibo” will summon a monster.

That’s good enough for me. Now about Corrin.