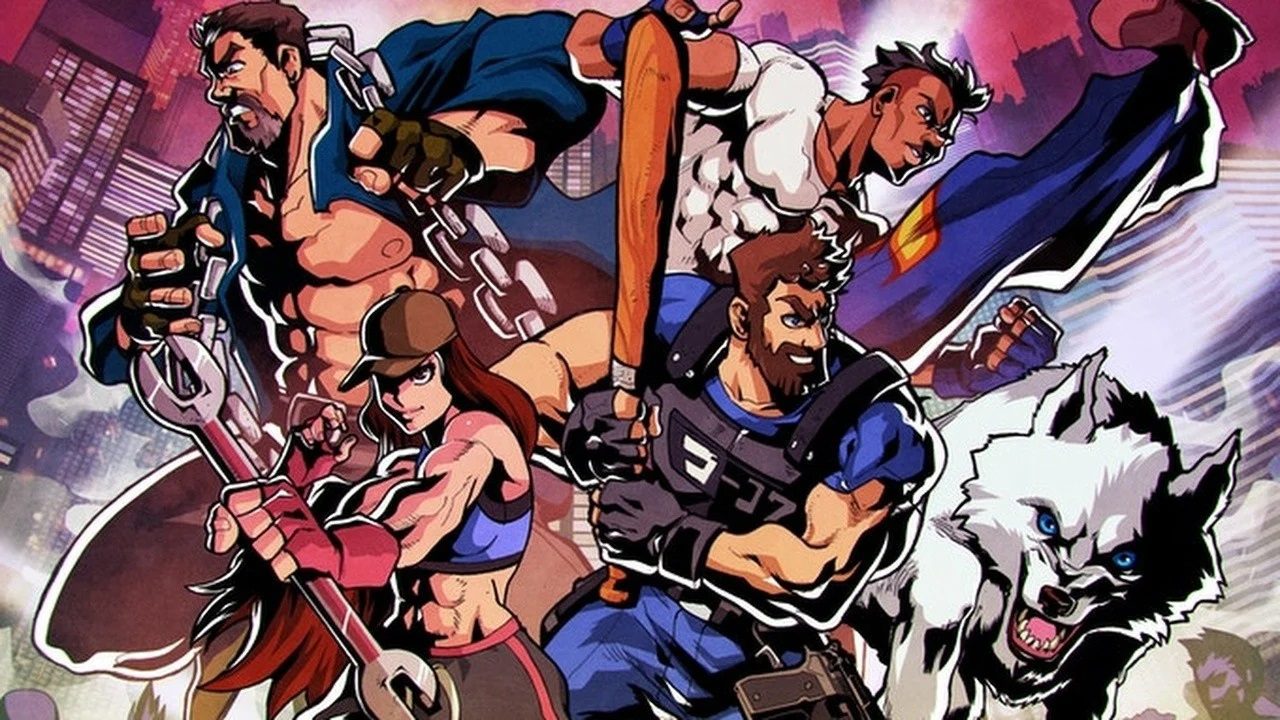 My knuckles are getting far too old for this

The modern resurrection of the beat-’em-up genre — an arcade staple of the early ’90s — is certainly something to behold. Lead by the charge of great titles such as Dotemu’s Streets of Rage 4 and WayForward’s River City Girls, more and more developers are reaching into the past to pull the sidewalk-and-face-pounding genre into the modern age — combining modern game design with the old-school visuals and cathartic carnage of the Final Fights and Vendettas of yore. 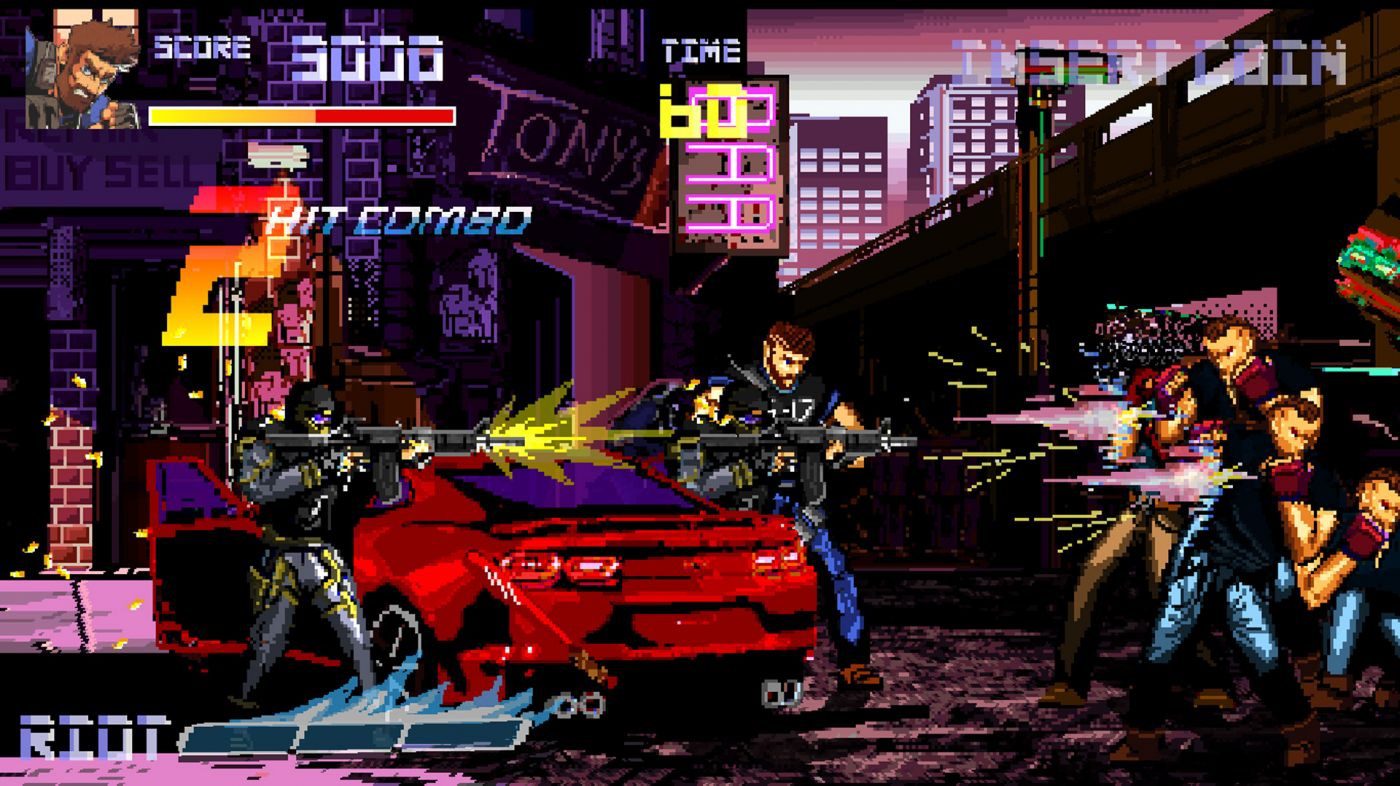 Joining the fracas alongside Mayhem Brawler, TMNT: Shredder’s Revenge, and the upcoming Midnight Fight Express is the just-announced Fallen City Brawl, currently in the works at indie developer Fallen City Studios. The new slapfest will see four vigilantes (accompanied by their fuzzy wolf friend) take to the streets in order to liberate the city from a dominant and dangerous underworld crime empire.

As is to be expected, Using Your Words is not on the agenda, as our heroes use their martial arts abilities, the local environment, and various special abilities to put a hurting on the bad dudes and dudettes. And don’t forget your wolf-based assist for when things get particularly hairy. 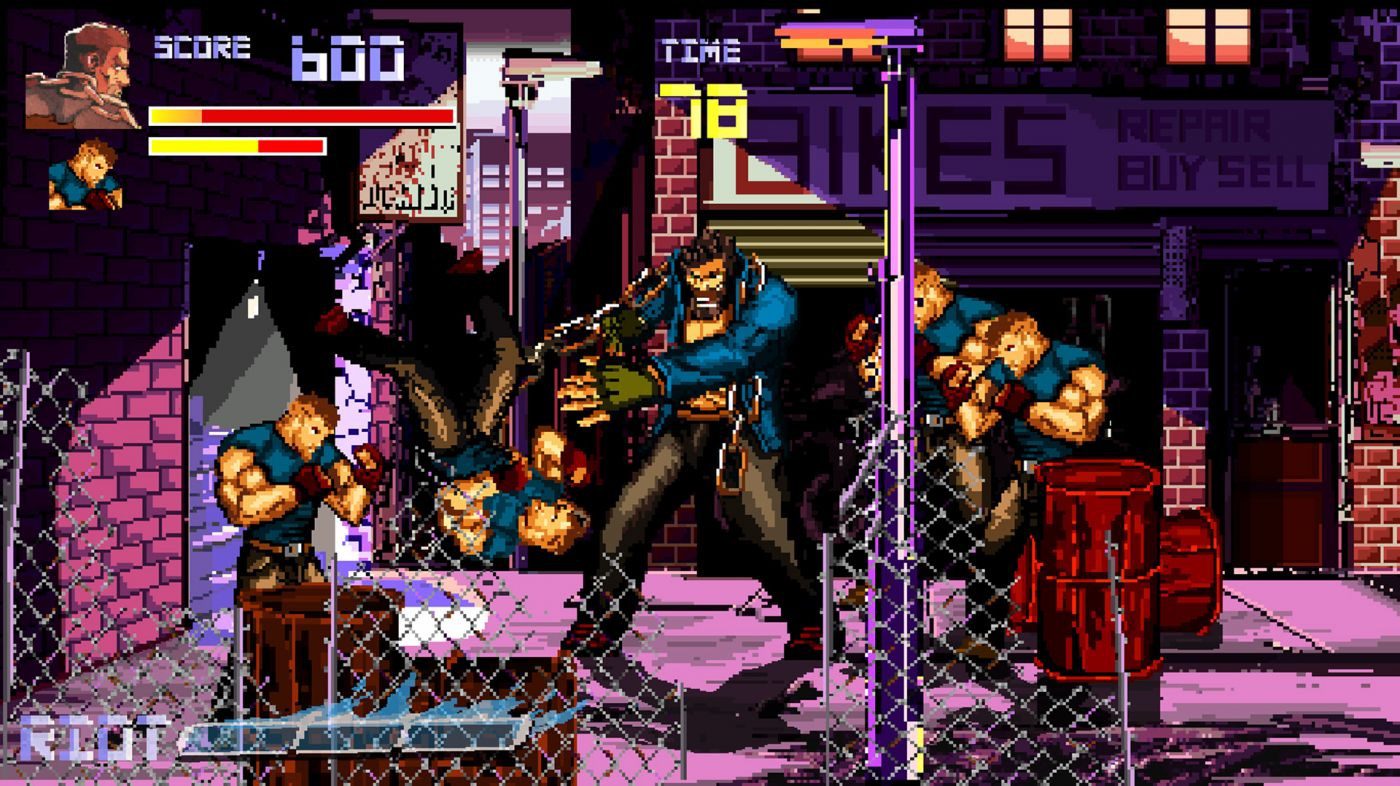 Fallen City Brawl promises eight stages of knuckle-bustin’ combat; deep, combo-based mechanics; co-op action; and an ass-kicking soundtrack from Daniel Lindholm (of Street Fighter V and Resident Evil 6 fame). In between all the skull-crushing, a tale will unfold of friendship, loyalty, and violence will unfold, giving players a reason to care about all the bottle-breaking and pipe-bending. Fallen City Studios has not released a trailer for the new title, but the first screens look pretty nostalgic in all of their garish ’90s arcade glory.

Fallen City Brawl will launch in 2022 on PlayStation, PC, Xbox, and Switch platforms. Yer boy Moyse will keep you informed, of course.