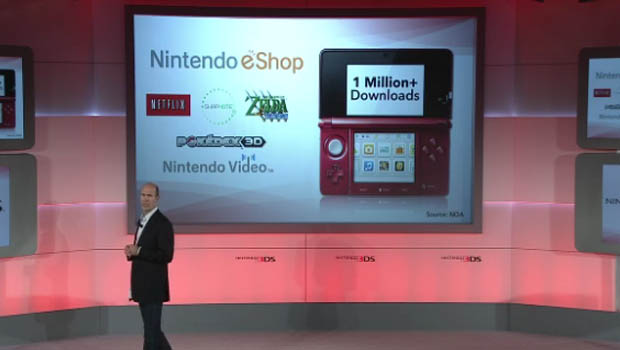 Nintendo used the back end of tonight’s rather uneventful (and super cheesy) 3DS Software Showcase event to show off some interesting statistics regarding their latest portable’s digital ecosystem.

Not only is it the one-year anniversary of the eShop, but Nintendo has announced that five games/apps have racked up one million downloads, and the average user purchases 4.7 games per unit. I can relate to the eShop’s success, as I’ve bought around fifteen games for the service (not including the free Ambassador games).

In any case, it’s nice to see Nintendo actually releasing some figures, even if it’s in a controlled environment.