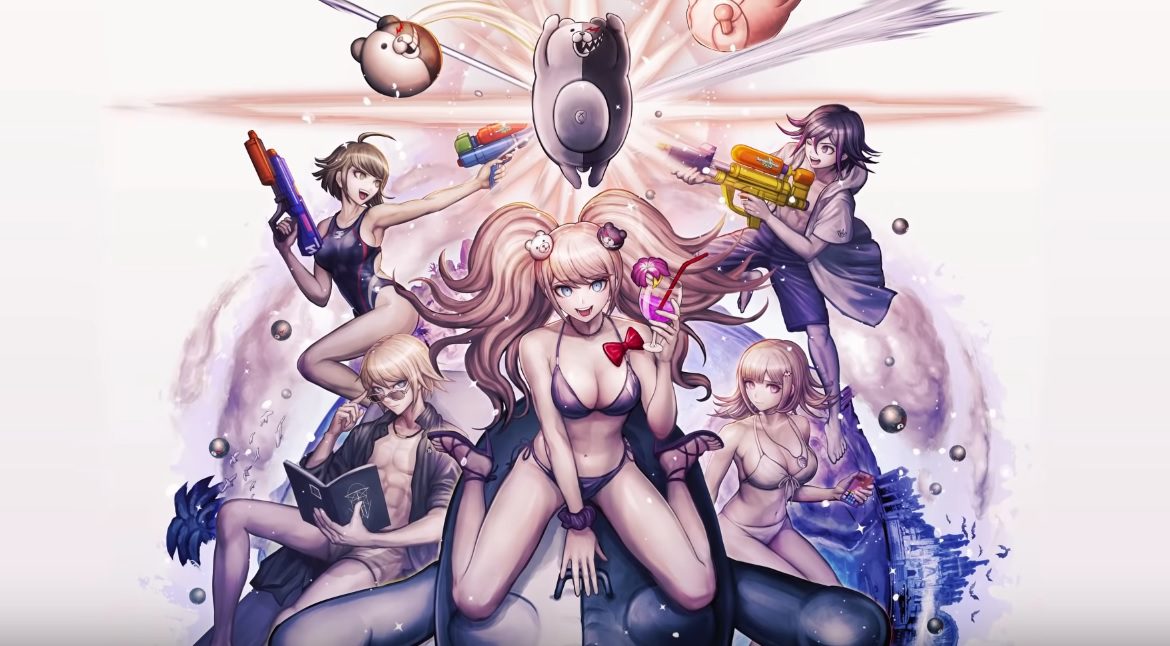 Summertime and the living is sleazy

I sit and write this humble article whilst stuck to my chair, a victim of a sweltering heatwave, and as such I can’t help but feel a twinge of jealousy for the lads ‘n’ lasses of Danganronpa, currently living (dying?) it up on the sands of a tropical paradise — such is the way of Danganronpa Decadence and its bonus title Danganronpa S: Ultimate Summer Camp.

Spike Chunsoft has released a brand new trailer taking a look at Danganronpa Decadence, which as you are probably aware bundles together the Anniversary Editions of Danganronpa: Trigger Happy Havoc, Danganronpa 2: Goodbye Despair, and Danganronpa V3: Killing Harmony, all in one neat, blood-soaked, Nintendo Switch release. The new title, Danganronpa S, will feature a who’s who of character from the entire franchise, as they search the luscious Jabberwock Island, gathering “Hope Fragments”, engaging in battles, and uncovering mysteries, all in unique tabletop-style gameplay.

As noted in the new trailer, Danganronpa Decadence will see a quartet of titles made available for Nintendo Switch, in ports that have been requested by the fanbase for many moons. If you’re yet to experience Kazutaka Kodaka’s strange world of hip kids, talking plushies, cool fashions, and extreme violence, then Danganronpa Decadence will provide you the perfect opportunity to bag all of the mainline releases — in their remastered forms and including Danganronpa S — in one purchase.

Danganronpa Decadence launches in the west on Nintendo Switch December 3. Funky special editions are available to pre-order from a variety of retailers. Now, if you don’t mind, I have to get back to melting.