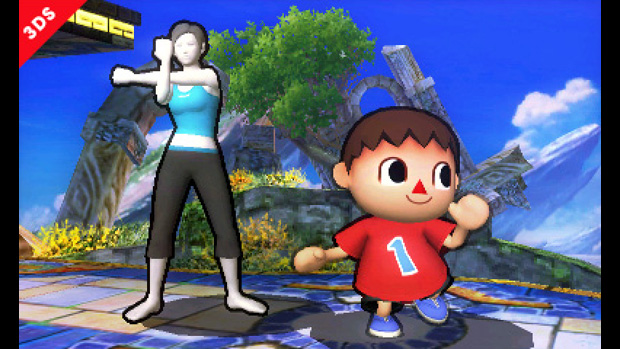 Two major things distinguish the 3DS and Wii U versions of Smash 4: the levels, of which there will be a different set for each platform, and the bold outlines on the 3DS character models. The logic behind the latter design choice is to make characters a lot easier to distinguish on a portable screen. But I can’t be the only one who thinks they look more than a little tacky.

Smash director Masahiro Sakurai clearly understands this concern, because in his latest post on the Smash Bros. Miiverse community he announced that you can adjust the thickness of outlines and even eliminate them completely. This piece of news accompanied a screen grab that finally shows off the Wii Fit Trainer and Villager on the 3DS.

Smash games have always been highly customizable, and I’m glad this one’s no different.