It’s not as weak as you may think

A common theme I’ve seen around the ‘net is that Pokemon X & Y has a weak endgame. While it’s not nearly as strong as a few prior generational iterations, I wouldn’t necessarily call it “weak.”

Despite the fact that the bank and transfer app is not with us yet (thus making it impossible to catch all 718 Pokemon), there’s still hundreds of creatures to catch, and a few extra excursions to go on. Here’s a list of things you can do after you’ve beaten the Elite Four.

[Before we begin, you can consult my general tips guide, as well as my trading tips guide for Pokemon X & Y] 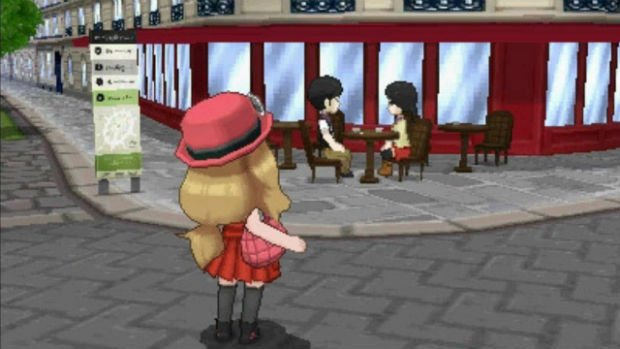 Odds are you haven’t seen everything Lumiose has to offer. There are hidden hotel employee minigames, special hotspots, and a number of secrets, like obtaining Gardevoir’s Mega Stone from the former Pokemon League Champion.

Anything you do in Lumiose helps raise your “style rating” which allows you to access to most exclusive boutique in the game. You can also find most of the rollerblade trick tutors in Lumiose. If you’re too lazy to actually find anything, use the cab to systematically go through every location until you’ve exhausted the entire city! 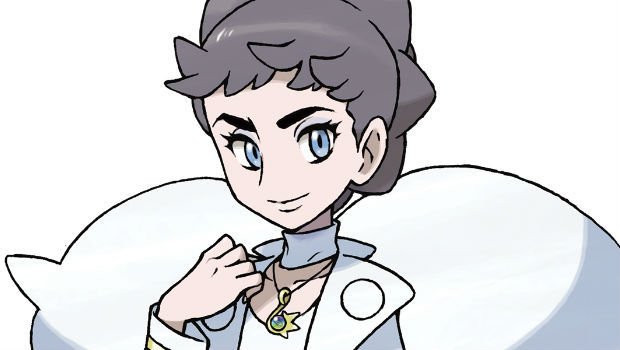 In my first playthrough of X & Y, I completely avoided the boutiques. Not once did I purchase any new clothing, and I just went through the entire game with the default set. But after experimenting with new clothes in Lumiose in the post-game setting, I’m addicted.

Not only does almost every shop carry new clothes, but the actual lineup of products changes daily. Even if you don’t buy anything, window shopping can be fun! 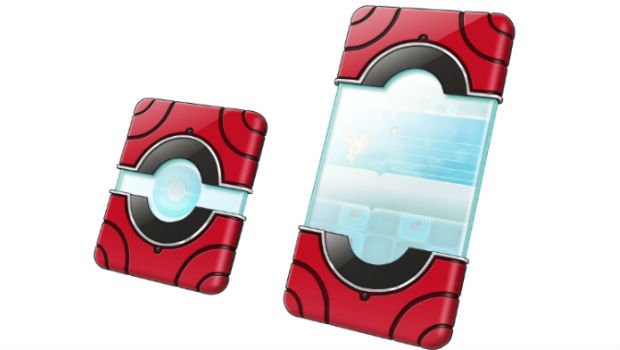 Get all 454 Kalos Pokemon and look for shinies:

Use my trading guide to eventually complete your Kalos ‘Dex. The key here is to catch exclusives over and over, to use as collateral to trade for most of the standard Pokemon you may not feel like catching or breeding. One huge money-maker on the GTS is Haunter, who you can find right outside of the Pokemon League in a cave to the south.

I know it can be overwhelming, so take it one bit at a time. Print off a full list of Pokemon in each section of the Kalos ‘Dex (Central, Coastal, Mountain), and complete them one after another, checking off each one as you go. A tactic I use personally is to look up what level each Pokemon needs to evolve, and decide whether or not it’s worth leveling them up yourself. If it’s too high (level 55 for example), just save time and trade for that Pokemon.

If it’s low (20), do it yourself. One big thing to remember is that Pokemon traded to you earn 1.5 times the normal experience rate, and international Pokemon earn 1.7 times. If you need stones, you can buy a limited selection from the Stone Emporium in Lumiose City.

You can also go shiny hunting. Shiny Pokemon are basically the same exact creatures but with a different color scheme, and they can be traded on par with legendaries. As a general rule, you have a 1/8192 chance to catch one. But there are methods you can use to increase the likelihood of encounter them.

For one, you can simply chain fish — all you do is fish at the exact same spot over and over to increase your chance of a shiny. Another method is to use the Pokeradar, which drastically increases your shiny encounter rate. After beating the game, you’ll want to get the radar from the second floor of the Lumiose City lab. Then register it to your Y button, grab a bunch of repels, go out into the wild, and find a huge patch of grass (exiting grass can reset the chain, and using skates can reset the chain, so use the d-pad).

Use the Pokeradar, and watch the grass shake, then walk into that patch — but make note of how hard it shakes. To continue the chain, you need to defeat the Pokemon without catching it, and without it running away (you can’t run either) — so it’s in your best interest to obtain PP up berries to keep your energy high. Use the radar again, then walk into a similar patch of really shaky grass. Don’t reset or stop the game or you’ll cancel out your fishing or radar chains. You can also use the “Masduda Method,” which lets you potentially hatch a shiny Pokemon if both parents are from differing countries.

If you use these tips, you’ll be done with all three sub-‘Dexes in no time! My general tips guide also explains how to catch all four X & Y legendary Pokemon. 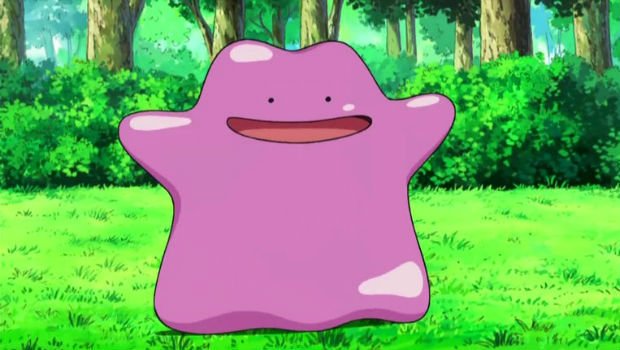 Nab everything in the Safari Zone:

Once you’ve beaten the game you’ll unlock the Friend Safari Zone in Kiloude City. This may seem like a pointless endeavor if you only have a few 3DS friends (as your selection is limited), but you can actually have as  many slots as your 3DS will allow.

Each friend will net you three Pokemon — with a third (usually more rare) Pokemon showing up only if they’ve beaten the Elite Four. If your friend is on at the same time as you, Safari Pokemon can earn a hidden ability. If you don’t have many friends to add Destructoid actually has a Pokemon community, with tons of Friend Codes available for the Safari Zone if you need help! 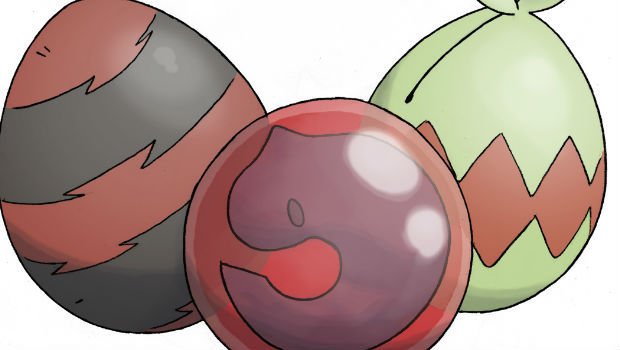 You could easily write up a hundred page instruction booklet on how to breed “perfect” Pokemon, but I’ll just explain the basics here. If you obtain a male and female of the same “egg group,” you can go to the Daycare center on Route 7 and put them both in there. After some time, they’ll produce an egg. As an aside, Dittos can breed with any Pokemon in the game except legendaries. In other words, it’s a baby factory.

Once you get the egg, you can run around the circle in the middle of Lumiose City (near the Eiffel Tower-like structure) constantly to “wear out” the hatch timer, which is based on steps. Each Pokemon has a different step count, but having the abilities Flame Body or Magna Armor can cut down your steps. You can also tape down your analog stick to make sure your character is constantly moving and go make a sandwich.

Pokemon X & Y has  the most in-depth breeding mechanic yet, mostly due to the fact that there’s so many Pokemon to choose from at this point. There’s a lot more that goes into breeding, like natures, IVs and EVs, and items that you can attach to the parents, but these are the basics. Try it once — it’s fun! 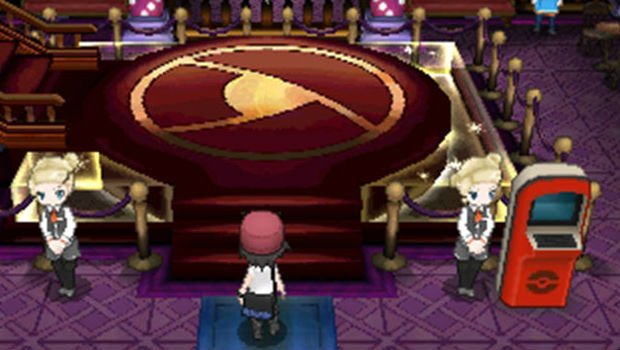 As soon as you return to your clear file after you’ve beaten the Champion, you’ll end up back at your house in Vaniville Town. Head outside to earn another X & Y starter based on the one you picked in the beginning. Then head to Lumiose and get a pass to Kiloude City, the last location in the game. After you arrive, immediately head to the Battle Maison — an arena-like area where you can earn points and battle NPCs. Do one battle here, then quit.

Had to the northern part of town, where you’ll find your rival for one last battle. Beat him/her for an Absolite, then head to Anistar City to meet up with Professor Sycamore. He’ll give you the Sundial, which allows you to earn more Mega Stones in the wild (more on this later).

This will unlock the “Looker” questline as soon as you enter Lumiose City. It’s basically a short, but sweet set of detective cases, and it’s the last official bit of story in X & Y.

If you’re so inclined, you can keep fighting at the Battle Maison, or raise your rank at the Battle Chateau on Route 7. Once you’ve beaten the Elite Four more than once, to save time, you don’t need to watch the credits after beating the Champion — wait until you deposit your Pokemon on the trophy case, then wait for it to save, and do a soft reset (L+R+Start+Select). 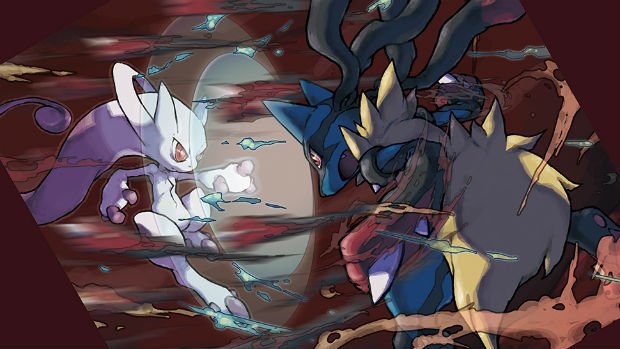 If you have local or online friends who play X & Y, you may be interested in battling. First, go through the entire ‘Dex and narrow it down to six Pokemon that you really like, and focus on them. Use Pokemon-Aime and the training system to create the perfect battle squad, which is more than adequate if you don’t want to delve into the semi-complicated realm of EV and IV meta-training/breeding.

If you max out a Pokemon’s stats you can initiate “hidden training,” which can earn you new items and stones for your inventory. I didn’t do any of this until I was completely done with the campaign, and it ended up being more fun that I previously thought. 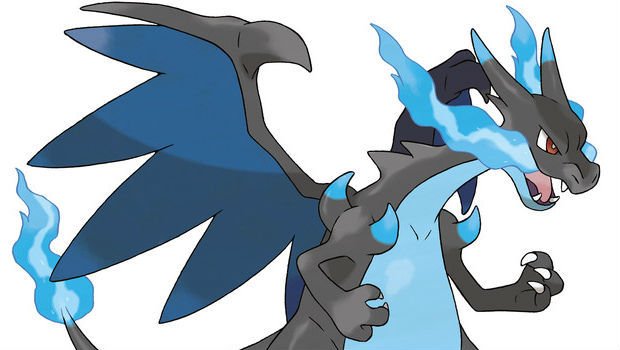 Catch all of the Mega Stone capable Pokemon and find their stones:

Although you may have “caught” all of the Pokemon in the Kalos ‘dex, you might not necessarily own all of them. Do another round of trades until you have everything that’s Mega Stone capable. Here’s a quick list:

You can earn some of these stones through regular play, but the rest are a bit tricky. To get stones for the other two Generation One starters (you’ll get one for free), go to the Stone Emporium and purchase them. At first they’ll cost a pretty penny, but if you raise your “style” rating around Lumiose that price will shrink considerably down to $500,000, $300,000, or less.

Most of the other stones have to be earned through a special method (denoted with *s). After you beat the game, follow the post-game questline I detailed above until you earn the Sundial. Then, you can go to specific locations from 8-9 PM in real time to pick up the Mega Stones. You will need to trade with a friend to get a few of the exclusive stones. 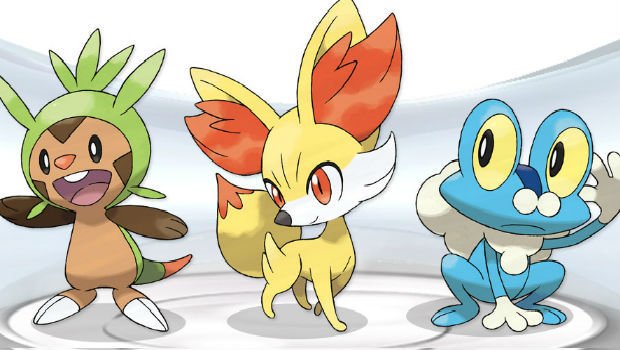 As I stated earlier, this is probably one of the least eventful post-games in the franchise, but there’s still plenty to do if you know where to look. Stay tuned for any event related happenings in the future, as well as full coverage of the Pokemon Bank and Transfer App, set to hit December 27th.