Mutant Mudds Deluxe is out for the Wii U, and alongside of its retro charm, it brings a fairly hefty challenge when you get down to the later levels. In addition to the already formidable Grannie stages from the PC version of the game, all new ghost levels have been incorporated into the fray, featuring invulnerable enemies.

Here’s a few quick tips to get you on the right track to earning 100%. 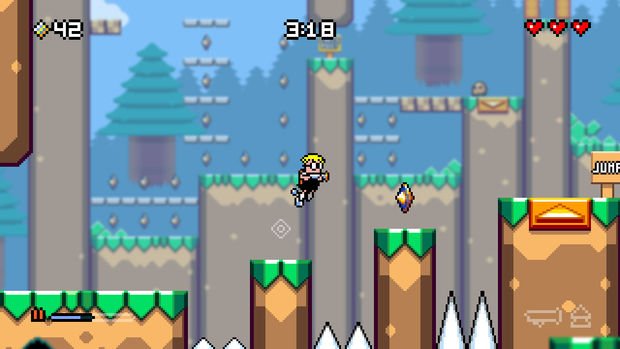