Nothing can go wrong, right

[Update: Annnnd they’re gone! Just two days later Nintendo has pulled the feature entirely. There is no window on when they might return, if they’re even coming back.]

Nintendo has recently added a way to get that same Mii feel up in their website’s business, as you can now review games directly on the official website with your official Mii seal of approval. Evidently Nintendo has set it up so that you need to play the game for two hours, and once the system has scanned your Nintendo account for approval, you’re good to go. Star ratings and text are supported (see below).

This can’t possibly be used for trolling and the like right? I hope Nintendo is up to the task, and that the ratings system is fair if someone does write a well-reasoned manifesto on why they don’t like a particular title. Nintendo says that won’t happen, and that a moderation period of up to one week will ensure that trolling doesn’t occur, but I’ll be checking back into this concept eventually to see if they can keep the peace. 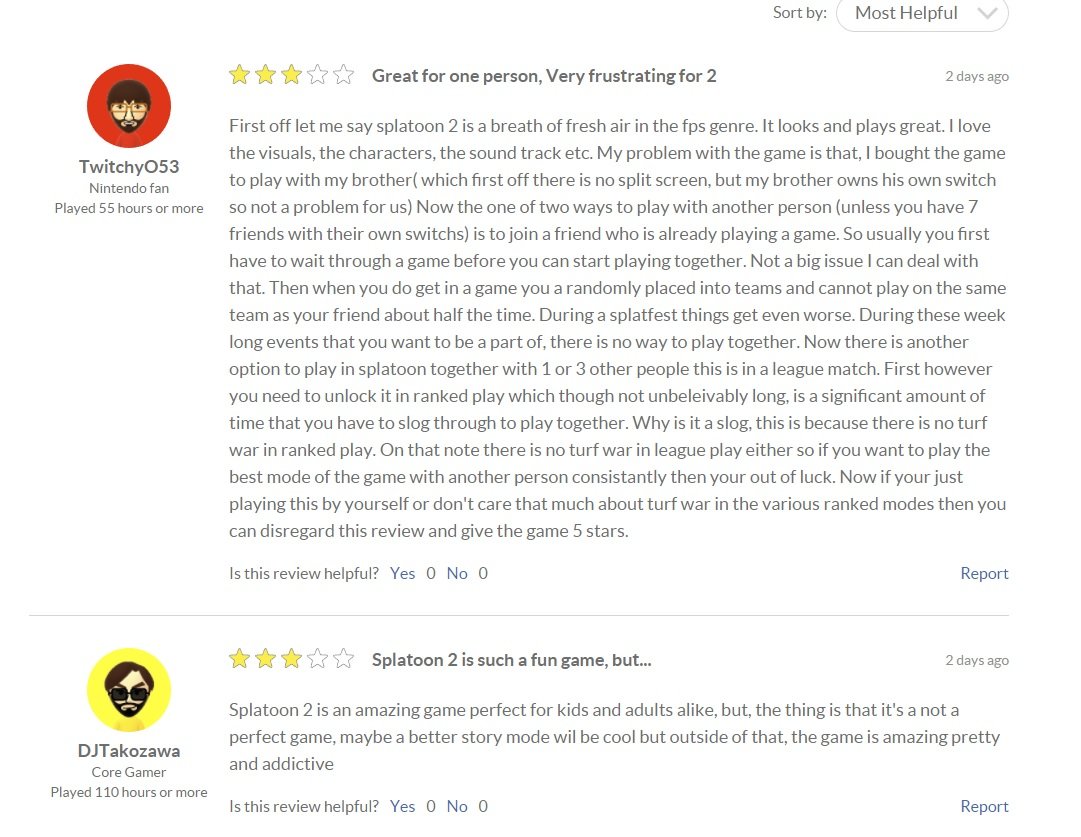