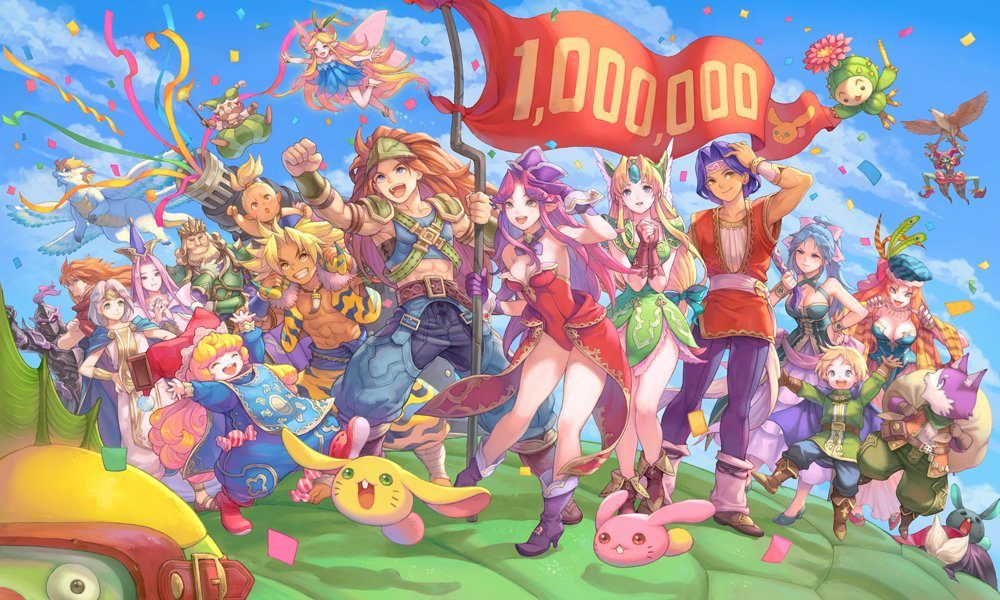 Square Enix has announced that JRPG remake Trials of Mana has surpassed one million shipments and digital sales since its initial release on PS4, PC, and Nintendo Switch in the spring of 2020.

Trials of Mana is a 3D remake of the 1995 Super Nintendo release Seiken Densetsu 3, capturing the magic and charisma of the classic fantasy adventure while offering an entirely new audio/visual experience. Built from the ground up, Trials of Mana features a fully realized 3D world, a remastered soundtrack, new character models, a fully voiced cast, and even an entirely new epilogue chapter. A fine way to experience this lost adventure.

Despite all of the above features, I’m personally convinced that more than half of these sales came about due to the title’s 1.1.0 update, which added some much-needed bunny slippers. Square Enix released delightful new artwork featuring the Trials of Mana cast celebrating the sales milestone. Good work, guys ‘n’ girls!