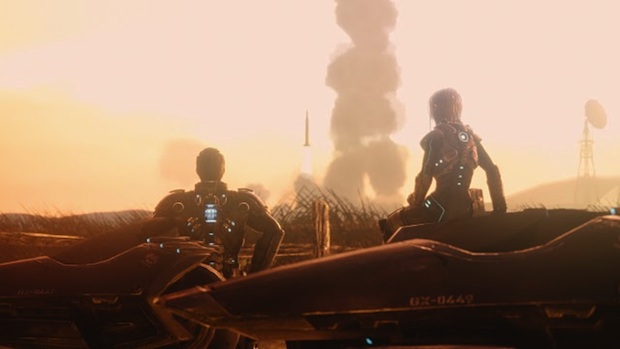 While you were sleeping Tri-Ace put a present under your pillow. There’s a new 3DS and PSP title coming from the company, and both will be published by Konami.

First up is the company’s first PSP title, Frontier Gate. And it’s perfect for the PSP, as it’s like Capcom’s Monster Hunter, but with turn-based battles. It’s multiplayer, as you’d expect, allowing three people to play together. Famitsu says that you can have up to six characters. I’m all for not having to mash attack buttons and run from things; I’m all about selecting ‘attack’ and ‘defend’ from a menu.

There’s also a new 3DS title called Beyond the Labyrinth, a Tri-Ace and Konami collaboration. The latest issue of Famitsu doesn’t say much about it. We know it’s a dungeon RPG from the name, and that’s about it. Shingo Mukaitoge of Konami, who led Elebits and Dewy’s Adventure, will be the producer, says Siliconera. Resonance of Fate’s Takayuki Suguro is the director.

Both of these games sound like they’re right up my geeky alley. I hope we hear more on these titles soon.