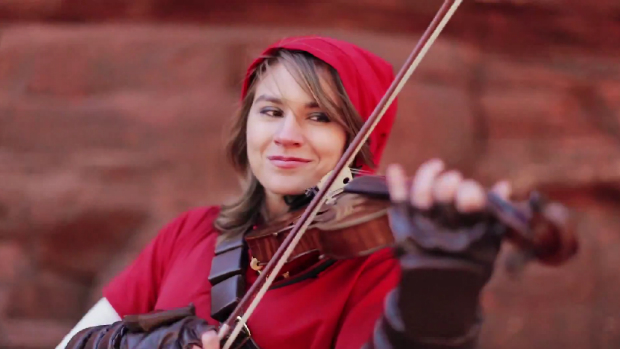 The best song from Ocarina of Time; this is not up for debate

Okay, Taylor Davis is officially a badass. Late last year we saw her dressed as Sheik and playing a couple of the ocarina songs from The Legend of Zelda: The Ocarina of Time. She took the simple melodies and transformed them into more fleshed out, more powerful pieces. Just imagine my delight when I saw she did a video for my #1 favorite song from Ocarina, “Gerudo Valley.”

As with the previous one, Davis really gets into it, dressing up as Link and traveling to a desert locale for the video. With a bit of exploration, she even finds a heart piece. The cover itself is a wonderful rendition, of course. The crescendo at around the 2:00 mark and the section following it get me every time.

You can watch more of Davis’s videos on her YouTube channel, and download her music from a variety of places, including her website. Personally, I’ll be listening to Gaming Fantasy today.

The Legend of Zelda: Ocarina of Time – Gerudo Valley on violin [GoNintendo]

Filed under... #Offbeat#The Legend of Zelda