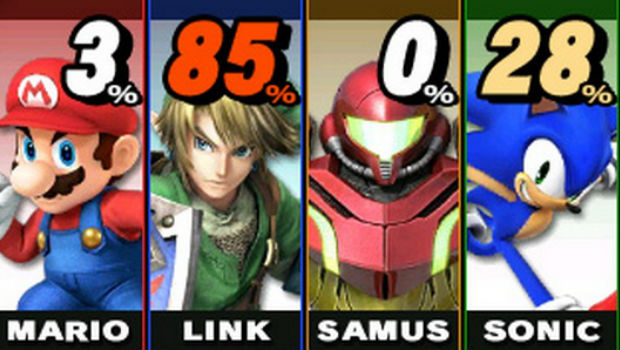 Smash Bros. director Masahiro Sakurai has divulged a bit more information on the 3DS version of the game in a recent Miiverse post, as part of his “Pic of the Day” series.

Describing the features, Sakurai states, “Your name will appear in the area above the accumulated damage. And if you tap one of the fighter displays you can highlight that fighter on your screen. This is useful when you want to get back at a particular opponent. You can also highlight yourself if you need to keep better track of where you are. This is a great benefit to having your own individual screen.”

So yep — it’s mostly a small feature it seems, which is fine with me. Just keep the core gameplay great and I’ll be happy.