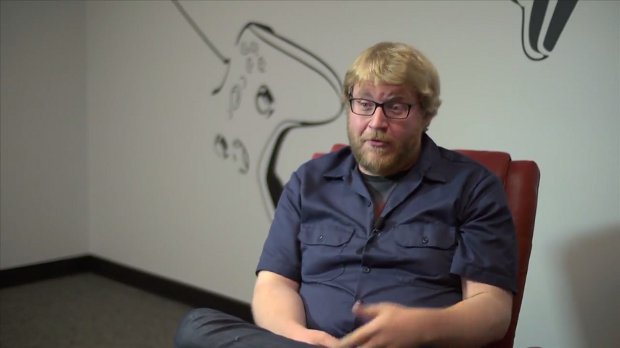 It doesn’t feel like it has been that long since former Destructoid reviews editor Aaron Linde moved on to work in the game industry, but it has been almost six years now. In that time, he has contributed to a number of development studios, including Microsoft Game Studios and Airtight Games, before landing his current job at Gearbox Software.

Recently, Gearbox revealed what has has been working on: the hobby-grade, genre-blended, meta-growth FPS multiplayer shooter Battleborn. Game Informer has a lot of exclusive details on it, including a great interview with our old pal Aaron. In it, Tim Turi and Linde talk about Podtoid, Linde’s relationship with Borderlands 2 writer (and Podtoid co-host) Anthony Burch, and the process of writing for Battleborn.

Linde discusses battle banter, his connection to science fiction, and Gearbox’s tendency to balance humor and seriousness in a narrative. He cites works like The Fifth Element and Futurama, and says “We can tell a story that is very funny in the telling, but does have high stakes and serious consequences, and characters that are really invested in what they’re doing.”