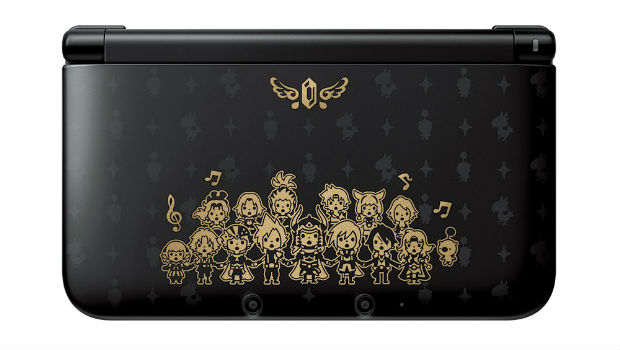 And it looks amazing

Theatrhythm Final Fantasy: Curtain Call is a thing that’s happening, and as a fan of the first game, I couldn’t be happier. It’ll have 200 songs across the entire Final Fantasy series, and to celebrate, Japan is getting a limited edition 3DS XL adorned with characters from the franchise.

Japanese fans can pick up the unit on April 24th, and it’ll come pre-loaded with the game. I doubt this 3DS will make it outside of Japan, but for all you importers out there, this seems like a prime candidate.

As a side note, the soundtrack from Lightning Returns is pretty great, so I hope Curtain Call has a decent amount of tracks from it.