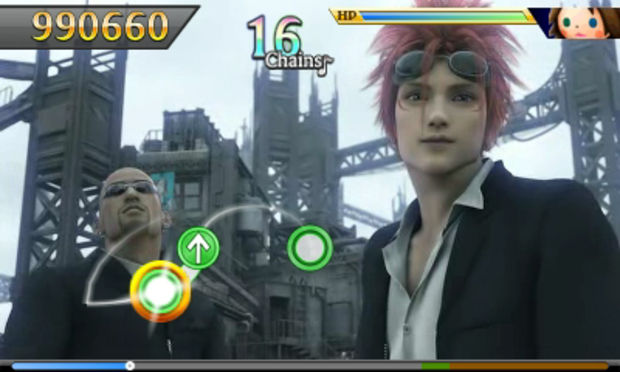 I hope you’re prepared for the end of Theatrhythm Final Fantasy, because according to Square Enix producer Ichiro Hazama, this might be the end, my friend. Speaking to GamesTM magazine, Hazama stated, “What I’ve tried to do here is make the definitive version of Final Fantasy Theatrhythm; I don’t intend to make any others.”

That statement derives from the fact that 221 tracks are included in the core game, with plenty of DLC to boot. Speaking on the game in general, Hazama noted, “The songs themselves have great quality and stand up on their own, no question. Also, because they are used in games, I think that when people hear these songs they remember a particular scene or moment in the game.”

We’ll see how definitive Curtain Call is later this year, but so far it’s looking great.