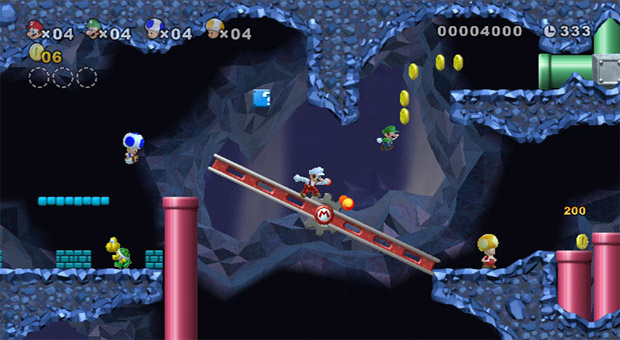 Nintendo is encouraging any and all fans to celebrate the launch of New Super Mario Bros. Wii, and it’s shaping up to be one helluva neat shindig.

On November 14, from 3:00 – 7:00 PM, you’ll have the chance to see a real-life Mushroom Kingdom at the Nintendo World store, which is located in New York at the Rockefeller Plaza in case you forgot.

Game stations, people dressed up as characters, trivia challenges, prize giveaways, a New SMB Wii tournament … yep, this sounds like a game launch all right. Best of all, there’s going to be some sort of Super Mario Bros. museum with “memorabilia pulled from Nintendo’s archives.” Now I’m intrigued.

The game of course hits store shelves the next day. Anyone else planning on getting this game for the whole family, and not just yourself?