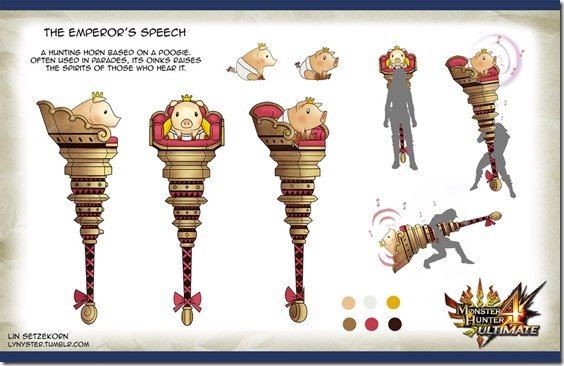 There’s going to be a long wait before most of us get to play Monster Hunter 4 on the 3DS, but in the meantime, we can enjoy the festivities from Capcom’s recent weapon design contest. Sending out a casting call to all artistic types, the developer challenged fans to create a weapon worth putting into the game.

The winner? A giant club with a pig on it that oinks when you swing it — it’s called the The Emperor’s Speech — Hunting Horn users should be excited! This is just the European winner, so there’s still a North American reveal yet.