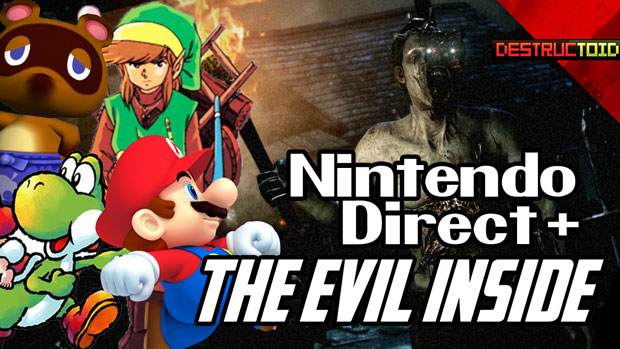 The Destructoid Show wears two Hawaiian shirts at once

Well, I done goofed when I was making the thumbnail for this episode. The Evil Inside is not an actual video game. I am dumb.

Today’s formerly-live Destructoid Show covers the announcement of Bethesda and Shinji Mikami’s new game, The Evil Within, as well as the upcoming collected versions of Jak & Daxter (on Vita) and Metal Gear Solid, the suspicious pricing of Deadpool, Fez’s PC release and remixed soundtrack, and finally: a big fat round-up of Nintendo Direct news.