[June was a month of great anticipation and excitement and the Dtoid community showed no shortage of blogging energy before and after E3. There were predictions, surprises, tears, RAGE and lots of front page promotions. Keeping in the spirit of the excitement E3 brings, Meanderbot also returned to provide hype themed art of the recap team. Enjoy! – Pixie The Vault Fairy]

It’s been an interesting couple of months as community manager for Destructoid. The first month I was all over it. Second month I got hit hard plus the redesign didn’t help. Third month we’re taking it in stride and Pixie is onboard to help now. It’s been interesting throughout as being apart of staff emails clues me into the daily grind that goes on behind the scenes but my position isn’t so vital that I’d need to devote all my energy to it. It’s been pretty touch-and-go at times to make sure the community gets what it deserves, but I think I’m at least finding a groove that works for me now.

Reading up on blogs that are great for promotion has also exposed me to all manner of superfluous writing styles, in a bad way. I don’t understand the way some people use commas, hyphens, and my least favorite punctuation, quotations. The way I see it, if I don’t know how to write a certain way, I don’t and do something else. I use quotations for quotes, to signify dialogue, and that’s it. The way many people continue to use quotations as some sort of emphasis is absolutely John Maddening. I still have trouble remembering how to end punctuation within quotes but at least I have proofers to fall back on.

Nowadays, I like seeing what people just blog about. The last few monthly musings certainly didn’t attract a whole lot of attention. When Andy was the CM, his musings ideas were always followed by an absolute deluge of cblogs looking to strike while the iron is hot. But when I post a musing idea, I get more of a wet fart’s worth of a couple of blogs on the first day. It’s hard to imagine people getting excited over something simple or flavor of the month, but make it too high concept and people will have trouble contributing ideas.

For now though, I’m still in it to win it. Things will slow down or the pace will pick up, but I’ve balanced life before. Last month was a slow time as a CM with multiple trips to check out apartments and working on finals and seeing my job pack on the hours. But hey, I got three cblogs promoted during that time. The number is much better this month and I think it’ll hold steady in July despite me being in my final quarter of school, helping my girlfriend move out, and moving myself into position to join her once I’m done with school. A lot more work than that sounds like but I’m not jumping ship yet. I’m not about to quit it saying I need to focus on other stuff. I’m still ready to play the balancing game of life with Dtoid and real life (and Monster Hunter).

June was a pretty productive month for community blog promotions, even amidst the hype and news of E3. I came on board as one of our community managers this month and I have to admit that arriving at that position during E3 left me a bit gunshy, but I took my first stabs at promotions with the May recap and Sephzilla’s Final Fantasy VII blog the week after when the dust was settling. We loaded that week after E3 pretty hard with community blog content and that was great to see because there was a lot of good stuff to share.

Everyone seems rather energized and eager to do some promotions from the community blogs, so go give us your best in July and maybe you’ll land on the front page and in July’s recap!

**Madness as a mechanic and Lovecraftian games by wutangclam

What can Yooka-Laylee do? by El Dango

*How historically accurate is The Witcher? Part 2 by RedHeadPeak

*Gaming with OCD: Hobby vs. habit by anystrom0

What isn’t included in Rare Replay: A comprehensive guide by Titannel

The Dtoid community’s best blogs of May 2015! by CblogRecaps

***Adventures of Pip – 3 Stages of Gaming Evolution by cheffluke

***Game development is getting very crowded by thegamedesigner

In the spirit of E3, Strider decided that July’s prompt should pertain to games we were all excited about. The community may have been too excited, though, because the tradition of E3 predictions actually took the community by storm.

Given they all fall into the E3 hype machine, I’m going to include them all under the Hype banner. Plus it makes Strider’s “wet fart” sound like a triumphant roar!

An E3 Bingo Card by Xtravisage

Arrivals, Departures and Shenmue by Pixie The Fairy

E3 Bingo: Where Dreams Come to Die by Handy

E3: Most Wanted by El Dango

E3: Most Wanted by Siddartha85

How E3 Will Go Down – “Hold onto Your Butts” by  TheLimoMaker

Hype: Do a barrel roll! by RadicalYoseph

Hype; Not another last minute E3 predictions list! by Nanashi

My E3 2015 Wishful Predictions by Swishee

Predicting E3 and How did I do?: E3 Predictions by Efficiency

Tell me your E3 wishes and let us see what the cards reveal… and The cards have spoken: Your E3 2015 wishes predicted! by Pixie The Fairy

The Pre-E3 predictions blog by TheKodu

Um… i-is it too late for an E3 predictions blog? Not that I care. BAKA! by Seymourduncan17

This month’s Band of Bloggers graced us with some great entries that really felt like some love was put into them. From fan stories in the world of The Elder Scrolls to personal experiences with classic games, the folks here in the c-blogs continue to show that they’ve got interesting things to say and the drive to actually say them.

Keep on writing and we’ll keep on reading!

Band of Bloggers: A Republic Far, Far Away by James Internet Ego

The story of how I killed my wife… by n0Signal

Comments of the Week 19 – “Why am I not playing Splatoon right now?” edition

Comments of the Week 21 – This tastes funny

Comments of the Week 23 – A little too happy

Continuously being updated, now we have colored indicators to tell us how better or worse we did compared to last month. And we sure did much better this month ♥ Wanna see numbers and graphs and stuff like that? Well, this is for you!

This June was another solid month for Destructoid community podcasts. The month was dominated again by the Error Machinists. One more month and we’ll have to call this the Error Machine Dynasty. Also there were Granules of the fear inducing variety and your only Dtoid community Playstation focused podcast released a couple episodes. Support your community podcasters, hit the link below!

Even though I had not yet played it much before I begun again just recently, Persona 4: Golden felt like it was going to be an important game for me. I took upon myself a challenge: To blog each session, fittingly, during the entirety of June, all the while keeping it interesting for those not directly following along.

[BTW, these blogs contain NSFW material after a large break at the end of each blog. – Pixie]

We begin Recap Team Favorites with Adam P challenging a big daddy and a big, red machine as he wonders what’s so great about E3. Meanwhile, Avoclefo wishes to be a fan of Final Fantasy. Batthink offers a belated “Papers, Please” blog about Sega Power and extatix writes an introduction and answers questions.

Flegma provides us thoughts on database sims like Her Story and Analogue: A Hate Story. GregorioCasa talks about the pains of gaming in Latin America while James Internet Ego experiences the pain of playing old PC games and learns the point of a citybuilding sim is to … not build a city?

JPF720 goes to Barcelona for a gaming convention, meets his heroes and talks about an obscure Atlus classic. KiiWy talks about the “three kingdoms” of Destructoid, throws in a late 9th anniversary celebration of Dtoid by telling us about her favorite users and gushes about the basement. King Sigy looks for a frame of reference, possibly in which to throw hadokens at people and Lord Spencer reviews Radiant Historia. 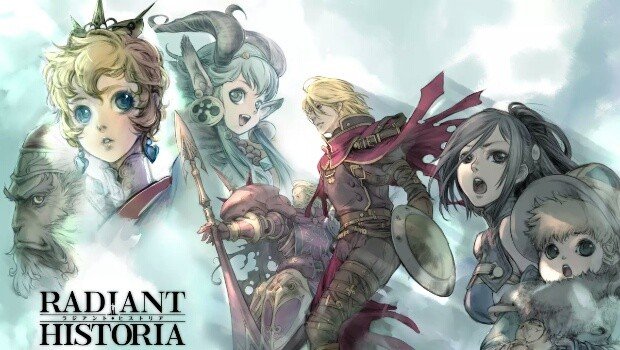 Marche100 shows us the hungry side of the forums. OrochiLeona talks about fantastic plastic art. OverlordZetta takes up sorcery, sacrifices souls, gives us his thoughts on the Final Fantasy VII remake and takes the time to appreciate the little things in Fire Emblem: Awakening.

Pixie The Fairy also discusses the Final Fantasy VII remake and its potential implications. RedHeadPeak takes another look at the historical accuracy of The Witcher. ShadeOfLight remembers Christopher Lee. SpeilerDad shows us how Sony manages to survive and StriderHoang decides it is finally time to put down Monster Hunter 4 Ultimate… by telling us a lot about it and promising to write more about it.

Terry309 writes a massive tome of info on Valkyrie Profile 2. TheKodu talk about the future of VR. TheDustinThomas takes some time away from the cblogs to pursue some opportunities. TheLimoMaker talks about two of the best things ever – Cowboy Bebop and Destructoid. Titannel also takes a look at virtual reality. 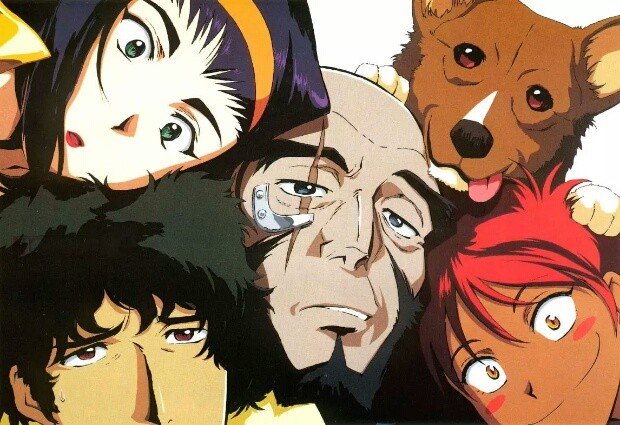 TroyFullbuster heads out to the academy. 2D Glasses tells us why they won’t be getting Rock Band 4 and Virtua Kazama shares the story of how he found his niche in the fighting game community. Wutangclam learns six things from squid kids, looks at the ups and downs of the supposed annualization of Dark Souls and, to wrap things up; ZombieOrwell tells you why you are dumb if you don’t like Shenmue.

Before we close this month’s recap, the team would like to once again thank Meanderbot for pitching in with some fun art of the team. We’d also like to thank TheDustinThomas for all his time and contributions to our recap team and wish him the best with his work, ministry, podcasts and videos. I’d also like to give extra big thanks to Luna Sy for helping me get this recap out out the door.

See you next month!