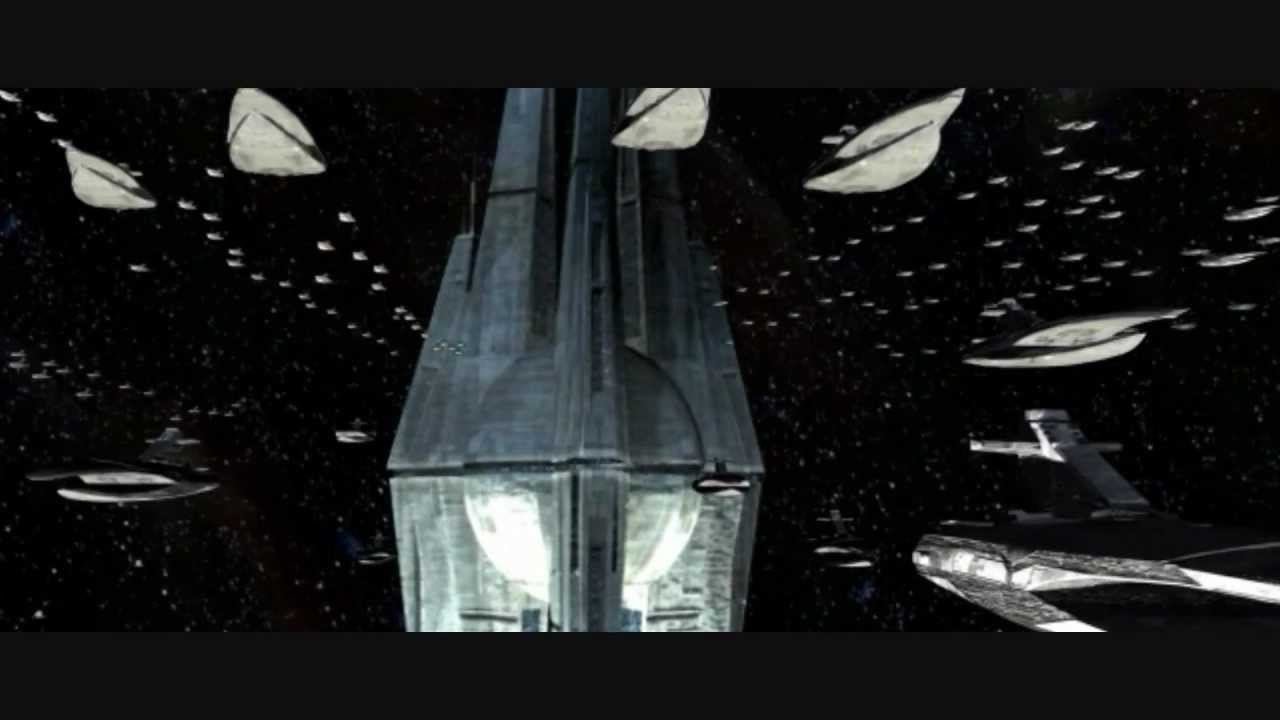 The first open world game was Elite. Released in 1984 it presented a galaxy full of choice, but heavily reliant on imagination, capturing its audience whilst being crude. By 2003, games like Morrowind had advanced the genre significantly whilst still leaving room for the player to imagine the secrets the world might hold. Fast forward to 2014 and we have AssCreed: Unity. A big map full of nothingness. So full of icons that the imagination is strangled, no investment, no meaning, just scale. The early 2000s were the golden age of the open world. Making advances with every new release, no executives calling the shots on what the players ought to like, just developers trying new concepts to captivate. Among these games a few stand triumphant: GTA: San Andreas and Morrowind are notable - they pushed scale, awe, and detail. But it is easy to forget the lessons of Knights of The Old Republic. Whilst more well known for being the start of the Bioware RPG, KoTOR offered players freedom in a much more meaningful way.

The Knights of The Old Republic (KoTOR) franchise is among my favourite, coming a close second to Mass Effect. KoTOR 1 established a galaxy of lore on par with the original trilogy, such that it mostly survived Disney’s purge of the Expanded Universe - quite an accolade. KoTOR 2 gave Star Wars its theology and tore its morality to shreds, casting everyone as the bad guys. The KoTOR franchise gave Star Wars so many things: Korriban, the Sith Empire, the Rakata, Kreia, and of course Revan and the Exile.

I owe a great deal to KoTOR 2 especially and it was the world of the Old Republic the made me care about the gaming industry, made me study philosophy for four years (and a bit at university too) and got me hooked on Star Wars probably forever, but the reason I bought KoTOR 2 was because of KoTOR 1. It grabbed me, gave me a hug and told me to explore the galaxy. It’s a fantastic world is ripe for exploration and intrigue with more depth than your average R*-them-up will for many years to come. I care about the Old Republic, I give a damn about what happens - oh how the genre has fallen in my eyes.

Let’s begin at the beginning.

The music starts, the text scrolls - it is hard not to become enthralled. A Hammerhead Class Republic cruiser pans into view, under attack by Sith fighters. 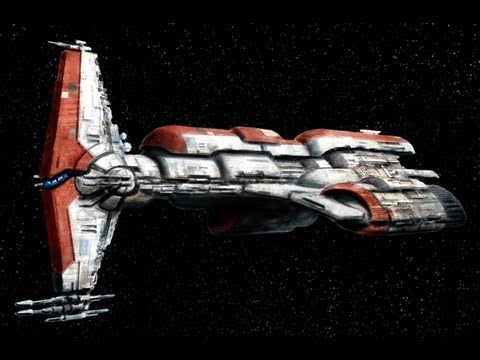 You awake to meet Trask, your bunkmate. You fight through the ship as it is under attack and eventually reach the escape pods thanks to Carth ‘Not Kaiden’ Onasi. Trask dies, but you make it and escape, the camera shaking the whole way. You crash on the planet below - welcome to Taris.

You have visions blah blah blah and eventually wake up in some grotty apartment. Turns out Carth and you are Taris’ latest immigrants. You are now free to explore… kinda.

Taris does a beautiful job of establishing the Old Republic. You and Carth are Republic soldiers on the run. The Sith impose a quarantine to find you as you hunt for your commander and an escape route. As such you must really explore Taris far beyond the surface. In games like GTA or even Skyrim there is little reason to get really into the lore. The details of past politics are contained within tidbits of conversation or a library of books, or in a ham-fisted opening cutscene that could be summarised as ‘oh shit dragons’. In KoTOR such things are woven into Taris. As you explore in the hopes of making progress that lore is not a bonus but a mechanic, helpful to progress, and on offer everywhere. Within 2-3 hours this is what you know:

The information droids tell you just how hard escape will be

Swoop Racing came from Taris, and is cool

Calo Nord telling you that Calo Nord is a badass

The Exchange criminal network will take your kneecaps

The Mandalorian Wars and your ship getting blown up are related

Malak’s betrayal was important, and he’s very keen on killing you

The Rakghoul Plague is a thing

The Republic is a seriously flawed political system, prone to apathy

Taris is built on elitism

Most Sith Soldiers are just doing their jobs, but they are run by sadists

Malak’s jaw is the stuff of nightmares 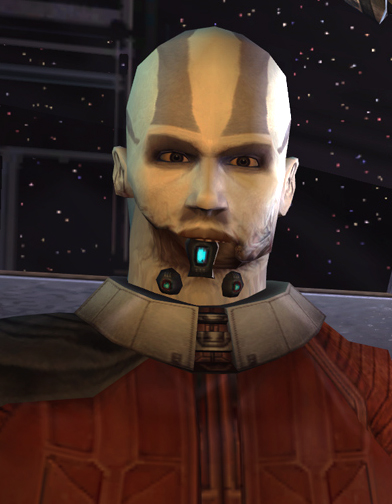 One of the most memorable little tidbits is when you brake into a military base to get Sith launch codes. You reach the commander - a Sith Apprentice. He tells you how happy your death would make him, not because of standard evil-ness, but because his master will reward him with a lightsaber, rather than the swordstaff he carries. A tiny interaction, but one that hints at the entire philosophy of the Sith. Reward is taken, not merely earned. Killing jedi is something of a rite, worthy of making an apprentice a full Sith. One little interaction makes you familiar with something very important to the world, the lore and future missions. Compare that to GTA V, when Trevor pissed off the Chinese drug dealers, and I’d forgotten about them by the time they next turned up. I have never forgotten the rites of the Sith.

None of that lore is really ‘optional’. Nor is it overwhelming. That is the main thing that sets Taris apart from most other open world environments. Much like most open world games, you get plonked down in a world with basically no equipment and no money, and are encouraged to have a scout around. In most games, I’ll learn a bit about the context of the game (though I still don’t know much about the White-Gold Concordat, despite playing 200 hours of Skyrim) and that will be that. On Taris, within three hours I’ve learned so much about what kind of galaxy I’m in - and it makes for grim reading, but I actually read it and more importantly, I care about it.

This is the paradox of an open world game. Developers want to create something immersive, generating playtimes in the hundreds of hours such that people will care about their game. The standard method of doing this is to create something beautiful and fill it with content but this easily misses the original goal. As such I could spend 100 hours in the world of AssCreed: Black Flag (and I have) but still not know who the major characters are, I get immersed in the world without ever needing to care about it, and without understanding it. Great as Black Flag’s world is, I don’t remember it as something noteworthy because so much of it was comprised of optional tidbits. (and yes I know this is an image from AC:Unity) 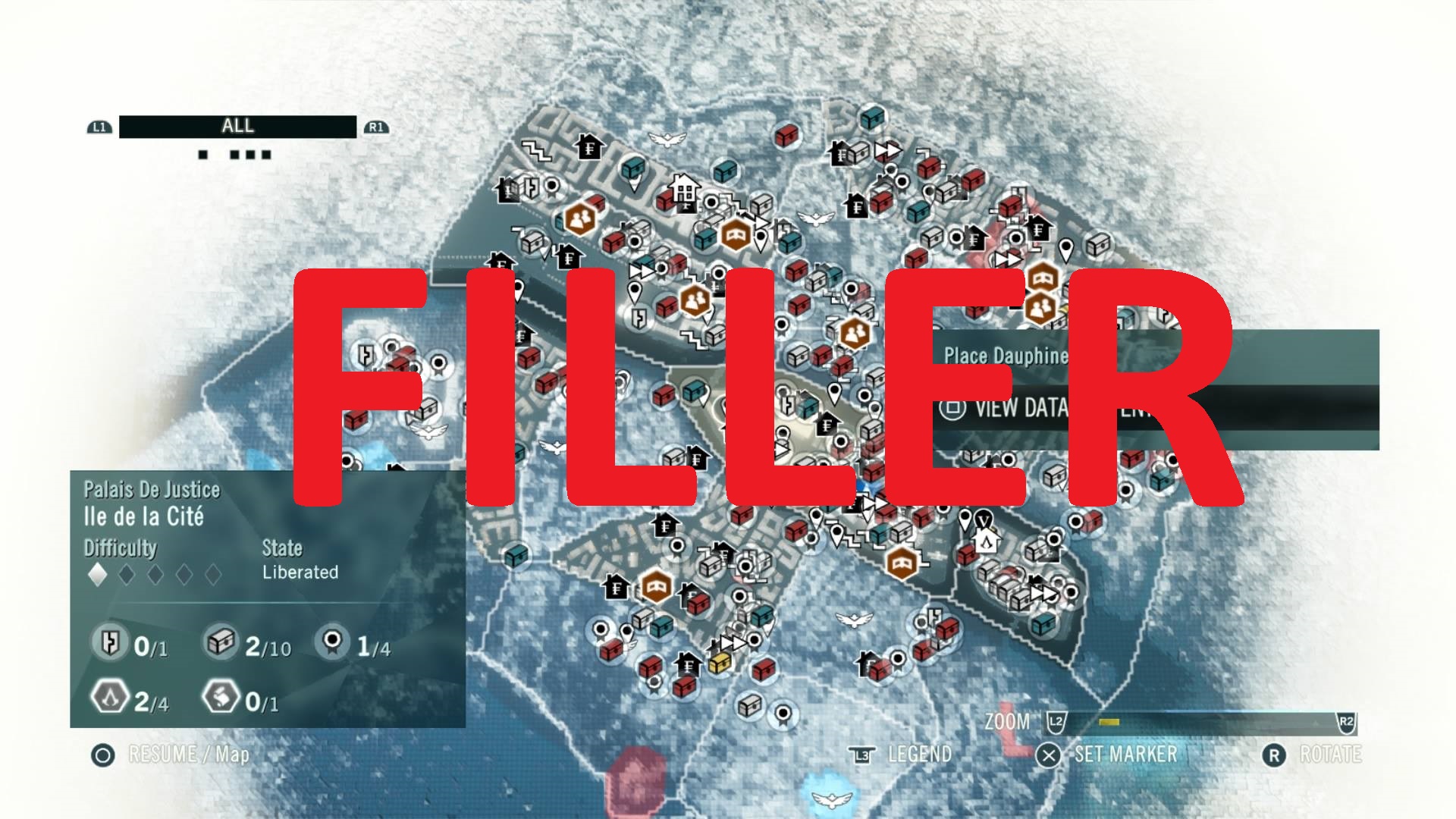 KoTOR gives you no such luxuries. There are many sidequests on Taris and on the later planets (some of which depend on the order in which you tackle them) but most sidequests tie into the the main storyline and as such they become memorable just by their being there. Compare this to Witcher 3. Magnificent as it is, Geralt can get all the Sourceress’ he likes, but I don’t know any of them. But that dancer who’s audition depends on you on Taris is memorable to me. That is 2-3 minutes of dialogue and bad animation to Witcher’s grand multi-hour sidequests and combat, and KoTOR wins - just. Because all sidequests at least appear to serve a greater purpose than the quest itself, they all actually matter.

Open world games tend to exist on a scale. On the one end you have Ubisprawl: the endless march of collectible items, creating a world a mile wide and an inch deep like Far Cry 4. Then at the other extreme you have plain old linear gaming with options, Sniper Elite 3 for example. KoTOR gets the balance right. There are usually some options as to how to approach objectives, especially when you get off of Dantooine as a Jedi and get free reign on a galactic scavenger hunt, but the whole time you are in an open world game that creates restrictive circumstances, making that openness worth caring about when it turns up.

This resolves another problem I so often have with open world games: I cannot care about the world. Los Santos is a nice place, but it’s not like it won’t be there later. But KoTOR’s freedom is finite. Once I leave Taris I’m not coming back, let’s just say you left in a heavily bombarded hurry. Once I leave Dantooine it will only be there for so long before it meets a similar fate. Korriban will never be the same once you’re through with it. On Manaan, you could be exiled on pain of death, so enjoy Ahto City while you can. Things only gain value when finite, and with an infinite amount of time to enjoy a world there is no reason to care about it. Take that reassurance away and that world suddenly becomes precious. 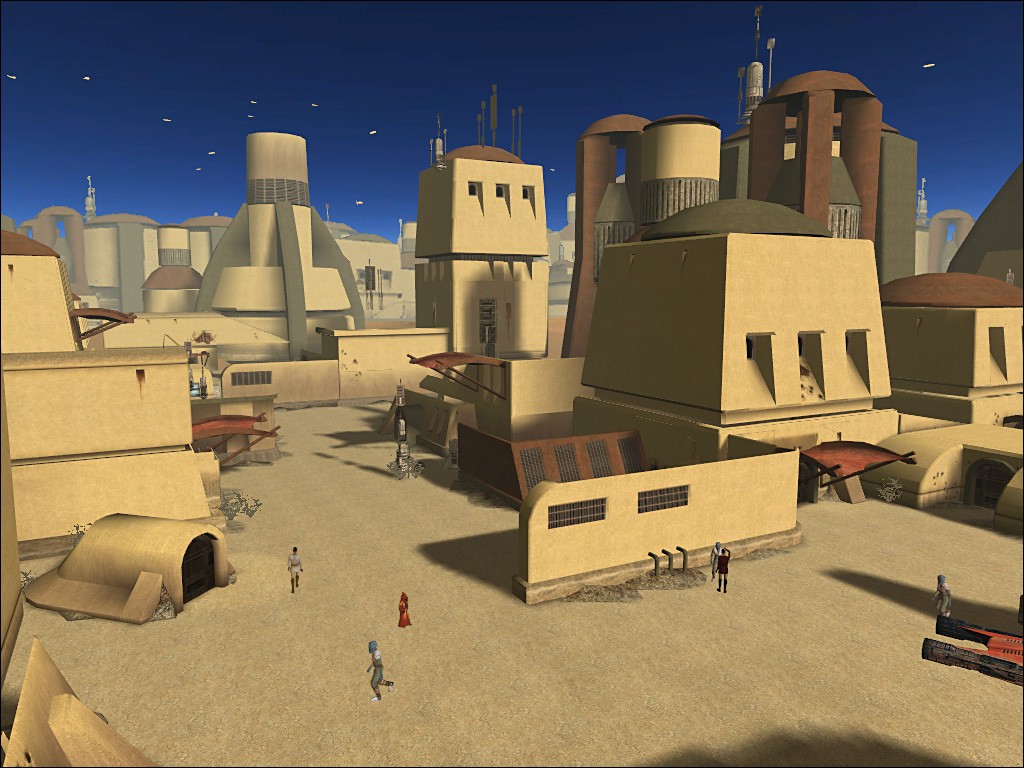 Even the timeless Tatooine desert will leave one day. The game has to end at some point - the galaxy won’t save itself.

That is where KoTOR’s worlds are so different. They matter because my actions as a player will forever change them. Actions cannot be undone by leaving the area and returning at a later date. Once Taris is rubble it is rubble for good (or at least a few centuries) and nothing will change that. It is out of my control. Many open world games are bent on giving the player control, but that takes away the point. If a world is static without the player then it cannot help but be shallow, feeding off of the actions of the player. Even though KoTOR’s events require my input to happen, it feels less like it is reacting to me and more like we exist in a cyclical relationship of reacting to each other, y’know, like an actual freaking world.

I love open world games, but I keep crawling back to KoTOR because I give a damn about the Outcasts. I give a damn about Suvam Tan - I wish his Exar Kun era trade depot well, and hope the Exchange won’t break his legs. I hope the Rakata won’t squander the freedom I gave them (provided I didn’t kill them all). I hope Carth gets along with his son. I feel sad for the people of Dantooine. I feel sad for the people of Taris. Damn those Selkath judges, their legal system is a shambles - and they’ll probably get blown up soon anyway, Sith don’t like neutrality. So many worlds offer freedom to roam. But few make you want to. Surely that swoop race will be there in an hour? KoTOR says no, you’re banned now.