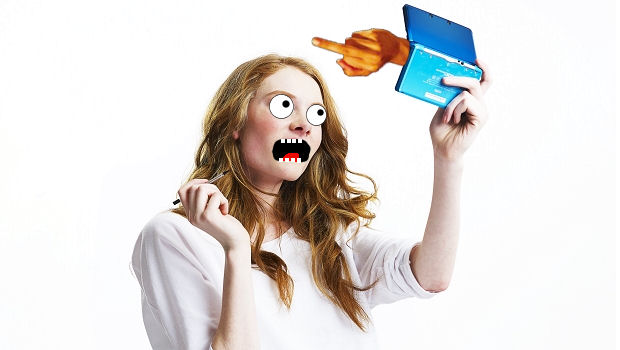 I am an idiot. Some of you are reading this now and your first thought is, “He finally admits it!” However, I have a specific reason for this self-deprecating opener. There was some part of me — some naive, doe-eyed, expectant part of me — that truly thought Nintendo was going to get its act together with the 3DS eShop.

For possibly demented reasons, when I heard that Nintendo intended to make serious strides with its digital offerings and give us something to make the 3DS a worthy download platform, I actually wanted to trust it. I wanted to think Nintendo knew what it was doing, had learned from its mistakes, and would kick righteous amounts of downloadable arse. 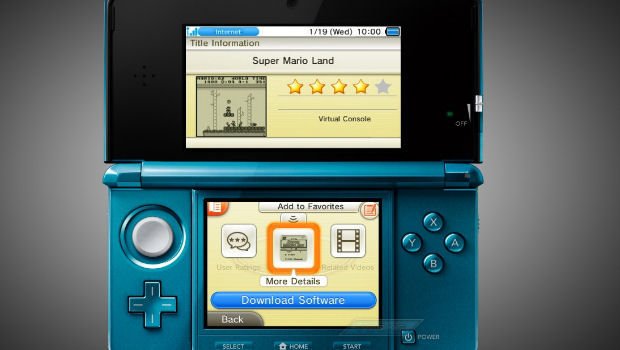 I’m not saying Nintendo’s online plans are the worst plans I’ve ever seen. What I am saying, however, is that I could cut into my dick and bleed my dick’s blood onto a brick of my own shit, and the resultant dickbloody shitbrick would make for a better online plan.

Alarm bells were ringing when it became apparent that Nintendo couldn’t be bothered to have the store ready in time for the 3DS’ launch. The 3DS released incomplete, as far as I’m concerned, especially for someone who primarily cared about the 3DS’ potential for downloadable content (more fool me). For Nintendo to make such a big deal out of its eShop, only to wait almost two months after the 3DS’ launch to set it live, is contemptibly preposterous.

And when it finally launched, did we get the pleasant browsing experience sorely lacking from previous Nintendo marketplaces? Did we buggery! The eShop is still pathetically half-baked and messy compared to pretty much every single rival. Games and categories are just thrown together in random order, all on a single row, so you can only get one item detailed on the screen at once, and you need to manually scroll through icons in order to get to where you want — if you even know what you’re looking for.

The arbitrary placement of categories absolutely astounds me. Right at the very end of this long parade of icons, you have the following items in order: For Your Road Trip, What We’re Playing, Nintendo 3DS Games Coming Soon, Coming Soon to Nintendo eShop and … Value Games. That’s two release lists nestled in between two game genre categories, hidden at the end after a bunch of other nonsensically placed items. There’s no order, no theme, nothing to justify the thoughtless placement of these icons. It’s one of the sloppiest layouts I’ve ever seen. 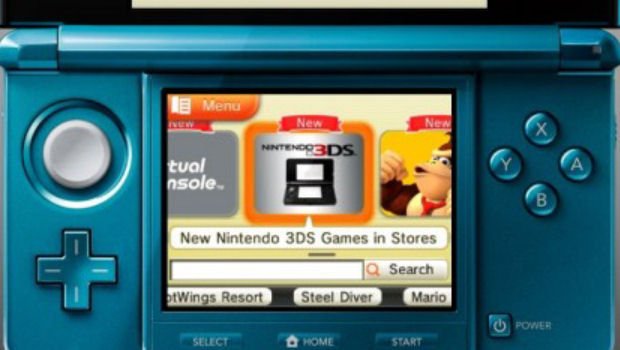 Tapping on an icon in this single row brings us to another bunch of icons, again all arranged in a single row. If you don’t know the exact name of what you want, then good luck finding it. Between vague category names like “For The Win” and “Nuthin’ But Action,” and the horrendously blinkered presentation of games, you’re going to be screwed once the eShop’s been around a while and amasses a wider selection.

Worse, though, is what an utter fucking hassle it is to buy something. The eShop misleads you into thinking there are two payment options — credit cards or Nintendo Points. What it doesn’t tell you is that existing Nintendo Point cards just don’t work, something our own editor-in-chief found out to his wallet’s detriment. Again, it would be too convenient and sensible to work on making current point cards work, so the 3DS will need its own special cards — something the eShop doesn’t bother explaining.

That’s all fine and dandy except … these 3DS point cards don’t exist. At least, not yet. It’s another case of Nintendo simply not having its shit together in time. (Update: Apparently, they have been spotted in stores, but they weren’t really publicized and they’re not everywhere. They’re not even on Amazon yet. That’s almost more annoying).

Instead, if you want to add funds to your eShop wallet (you can’t just buy a game, you need to stockpile money in pre-set quantities) you’ve no choice but to reach for your credit cards. Also, you’ll need to do this every time you add money to the eShop, because heaven forbid the 3DS give you the option of saving your details or making a persistent online account. I’m sure Nintendo can hide behind the guise of “customer safety” in this respect, but I call it “customer wanted to buy a game but had to put his card details in for the third time and lost his purchasing impulse as he leafed through his wallet.”

Nintendo, I’m a grown man and I can look after my shit. At least give me an option to save my details for easy purchasing next time and let me deal with the risk — a minimal risk at that, since I mostly use my 3DS near a power source for obvious reasons. 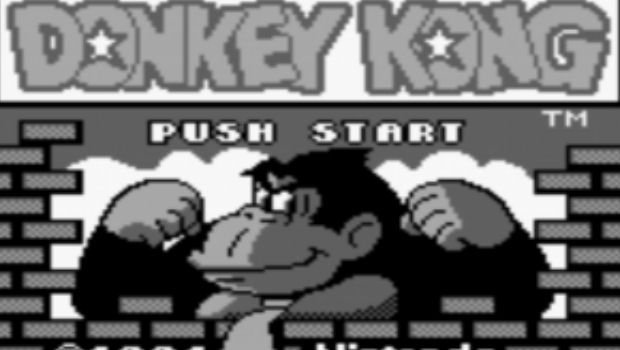 I’m also going to go on record as saying that, after two months waiting, having such a barren marketplace is a slap in the face. I was genuinely looking forward to Thursday, to see what brand new Virtual Console games or 3D NES Classics would appear, and I got … Donkey Kong. Fucking Donkey Kong for the Game Boy. I grant you, it’s a pretty cool game, but a single pretty cool game is nowhere near enough to satisfy my lengthy wait for substantial 3DS content.

At the very least, the eShop should have launched with more than four Game Boy games and a single NES title. That Nintendo’s going to insist on a drip-feeding approach by giving us one or two downloadable games a week is frustrating beyond measure. Between the Game Boy, the Game Boy Color and the SEGA Game Gear, not to mention the NES’ library, Nintendo has months and months of content. It can afford to release more than one or two games a week, and I dare say people would appreciate not having to wait an entire week to be let down that the single Game Boy titles they’ve been holding their breath for was something dumb.

Oh, and let us not forget to mention that Nintendo still won’t pull its head out of its arse when it comes to international offerings. We’re in a global market now, yet still I am told by my Australian friends that they don’t get jack-shit on the eShop, while they get to read about what other territories are getting. While the offerings are poor in North America, they’re even worse elsewhere. In a modern, open industry, this kind of backwards bullshit just isn’t acceptable.

I wish I knew what Nintendo’s damage was when it came to downloadable marketplaces. The search feature is a pain to use with its tiny little keyboard and results that are yet again arbitrarily lined into a single row, and the inability to queue downloads is yet another issue that we shouldn’t be dealing with in 2011. Nintendo clearly knows what the competition is doing, whether it’s Sony or Apple, and yet it seems to willfully refuse to compete on an efficient level. Nintendo claims that it’s not concerned about the likes of mobile gaming, and it can keep telling itself that, but the truth is that mobile gaming utterly humiliates the 3DS right now.

But don’t worry, we can watch a 3D trailer for Green Lantern, so that’s alright! 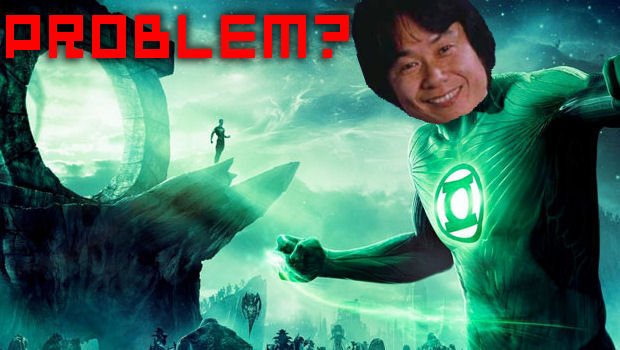 Yet … you know the worst part of it? The infuriatingly, utterly, incomprehensibly worst part? I am still excited for the eShop. Yes, somehow the thought of Nintendo offering original and classic downloadable gameplay turns me on like a motherfucker, and every Thursday — like a newborn, yapping, excitable puppy — I am going to turn my 3DS on with the hope that this week, finally, will be the week I get something awesome.

Nintendo has proven time and again that it either does not know how to handle digital distribution, or that it deliberately refuses to do so properly. Yet here I am, unable to stop myself from looking forward to the downloadable loot that the eShop could potentially offer. Here I am, still giddy to play the 3DS and wanting to find excuses to turn it on, no matter how hard Nintendo makes it for me to care.

Like I said, I’m an idiot. The people behind the eShop are clueless fuckwads, and I recognize that on an intellectual level. Yet the moment they stick Pokemon Red on there, they can have my money again. Because this is Nintendo, a company of idiots that makes idiots of us all.