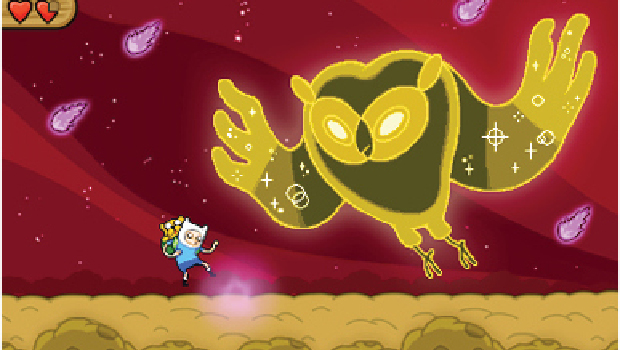 When series creator Pendelton Ward announced that he was working with WayForward to create an Adventure Time game for the DS/3DS, I pretty much lost my marbles. It’s a perfect fit. Adventure Time harnesses the low-fi, genuine weirdness of the kind of film you might see in an independent animation festival and uses it to achieve huge mainstream success.

WayForward did the same thing in videogame development. Starting out as a small indie studio, they continue to bring that spirit to their original projects, as well as their work on established brands like A Boy and His Blob, Thor, BloodRayne, Silent Hill, Double Dragon, and now Adventure Time.

We’ll be talking LIVE to WayForward’s James Montagna about that, as well as his work on the upcoming Adventure Time game, the new Shantae title, his solo projects, and much more. It all starts at 1pm PST/4pm EST. Let WayForwardVember begin!