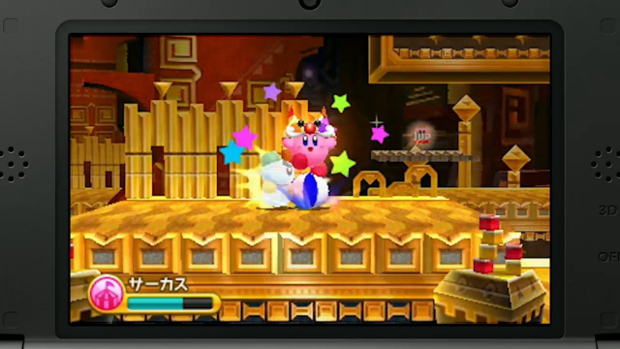 I guess the Japanese haven’t Kirby’d their enthusiasm

Kirby: Triple Deluxe is looking great. There is still no word on a release date outside of Japan, but in its first week of Japanese availability it has already sold 214,208 copies.

Gematsu has a full breakdown of console and software sales. Monster Hunter 4 and Animal Crossing: New Leaf have both sold about one million more than the PlayStation Vita as a whole. Five 3DS games sit atop the week’s highest sellers, followed by Final Fantasy X/X-2 HD on PS3. Only 2 Vita games are in the top 24, including the Vita version of FFX/X-2.

A little shocked to see Gran Turismo 6 sitting at under 300,000 sales. The PS Vita TV, too, has only moved about 84,00 units, but maybe that’s not so bad as Vita alternate.