My fellow Americans, we find ourselves under attack. Not from terrorists. Not from communists. Not even from flesh eating viruses that turn our lungs into a lumpy red paste. We face a fresh onslaught, on an incalculable and pandemic scale. There seems to be no stemming the tide, and all we can do is make our peace before drowning in the mire as the floodgates burst open.

I am of course talking about the ridiculous amount of handheld game systems that have done a wonderful job of dividing the market and ruining everything for everybody.

With this week’s announcement of the 3DS, the scales have come close to collapsing under the sheer weight of new handhelds that keep spilling onto the market. It’s reached the point of self parody, where companies are announcing new systems before the last one has even hit store shelves. It never used to be this way, and now it seems to be getting worse and worse.

It has to stop. Read on as I ramble incoherently about the ridiculous situation. 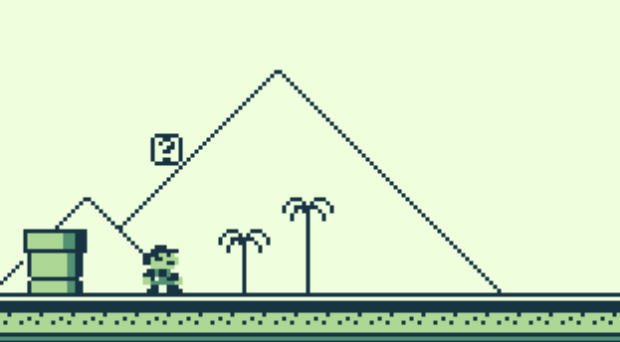 The original Game Boy lasted for over ten years. For over a decade, the world needed only one handheld. Pretenders had come along, but despite the graphical prowess of the Atari Lynx and Sega Game Gear, absolutely nothing could top the library and the entrenched fun factor of that venerable, monochrome behemoth.

In over a decade, the original Game Boy line has seen four iterations. We’ve had the Game Boy, the Game Boy Color, the Game Boy Light (in Japan only) and the Game Boy Pocket. That’s over a 10+ year span. Despite advances in technology, Nintendo never had a need to significantly upgrade, alter or otherwise make obsolete its Game Boy system, and Nintendo’s audience agreed with the decision.

Then, for some reason, all the shit hit the fan.

The Game Boy was succeeded by a new system, the Game Boy Advance, in 2001. While it ended up having four iterations, just like the Game Boy’s, it began what soon became an overruling trait of Nintendo handheld hardware — the suspicious development of an inferior console, only to be followed by a magically improved version after only a short space of time on the market. The new versions were also made more galling due to the comparatively short lifespan of the GBA. 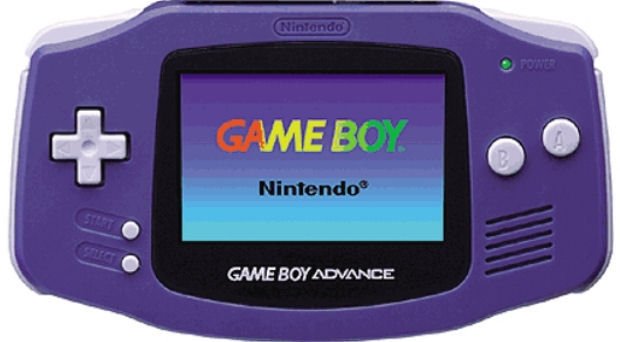 Thus, after two years, the Game Boy Advance became the Game Boy Advance SP. Smaller and armed with its clamshell design and the much-needed screen light, the SP rendered the first GBA absolutely worthless, and made anybody who owned one look like a twat. The Game Boy Color or Game Boy Pocket never truly felt like a replacement for the Game Boy. They were merely complementing versions. Something changed between generations, however, with the SP making its GBA predecessor not only uncool, but woefully unnecessary.

That wasn’t enough, however. In 2005, Nintendo put out a Game Boy Advance SP +, with an improved screen that featured a superior back light as opposed to the first SP’s front light. Then we had the Game Boy Micro, the main selling point being its tiny size and the claim to fame of being Nintendo’s smallest ever handheld.

All of this happened in the span of four years. That’s less than half the time it took for the Game Boy to amass four versions. Bear in mind that technological advances had nothing to do with it. It would be easy to argue that the first Game Boy never improved because the technology wasn’t there to do it. For a start, Atari and Sega demonstrated that the technology was there, and we must also bear in mind that the Game Boy Advance SP was not technologically superior to the Game Boy Advance. It was just designed more competently. 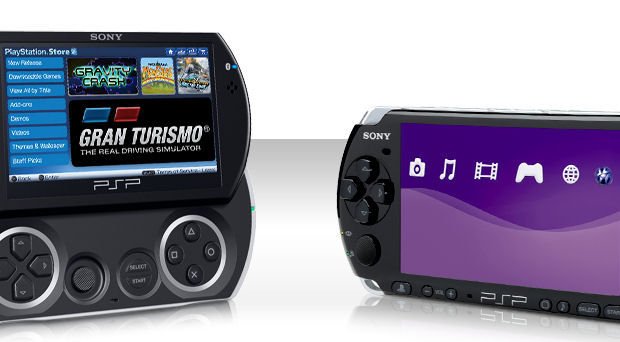 Of course, Nintendo isn’t the only guilty party here. We must not forget Sony, whose PSP has had an amazing number of redesigns. In a way, it almost mimics the Game Boy, in that everybody was doing just fine with the original PSP, and then Sony suddenly decided to go insane and release loads of new ones. The PSP first hit store shelves in 2004, where it enjoyed three years of breathing space. Sony then pulled a leaf right out of Nintendo’s book with the PSP-2000, a slimmer, lighter variant.

That wasn’t good enough, however. After only a year of selling the 2000, Sony came up with the PSP-3000. Boasting all the portability of the 2000, but with a number of incremental improvements including a new screen, new buttons, a redesigned disc-tray and a built-in microphone. After just a year on the market, the 2000 was old news, and the 3000 was king.

So what did Sony do next? Why, reinvent the whole thing, of course! One year later, almost like clockwork, comes the PSPgo, hailed by many as “a useless speck of shit on handheld gaming’s bloated history.” Again, less than twelve months after the release of the PSP-3000, Sony was pimping its latest, greatest invention. Lacking a disc tray and featuring a new sliding design, the PSPgo took away functionality but looked really pretty. Japan lapped it up, but North America has proven slightly more resistant, probably because it’s bollocks. 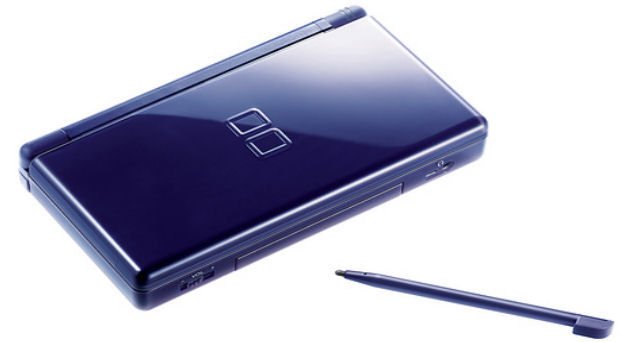 Meanwhile, Nintendo countered the PSP with the DS, and that was just as fucking ridiculous. First we had the original DS, which Nintendo first pretended was a counterpart to the GBA and not a replacement. Naturally, the DS was no such thing, and it soon replaced the GBA before the SP+ had even been released. With its touch screen and superior graphics, it became a must-have item. Until it was rendered worthless by the DS Lite two years later. A bigger, better screen and a slimmer design made the original DS appear ugly and prehistoric. Naturally, the Lite was the new in-thing.

Until, for God’s sake, the DSi appeared. Two years after the DS Lite was released, along came the DSi, yet again completely overshadowing the Lite and turning it into old news. With exclusive games and a new downloadable market, alongside its camera and voice recorder, the DSi was the catalyst for Nintendo truly losing the plot. Sony had taken Nintendo’s “make previous hardware obsolete” strategy and totally ran with it, so Nintendo was left with no option — it would be just as shitty to consumers as Sony was being, and do it even more.

So, Nintendo stops improving its hardware every two years and now does what Sony does, releasing annual upgrades. A year after the DSi, we get the DSi XL, which is yet to release in America. It’s basically a DSi, but even bigger. Yes, just a generation ago, Nintendo was marketing the Game Boy Micro because it was so small. Now it’s marketing the DSi XL because it’s so big. If that’s not a perfect example of how fucked up things have become, I don’t know what it. We can’t make this stuff any smaller now, so let’s pretend that everybody wants it bigger instead! 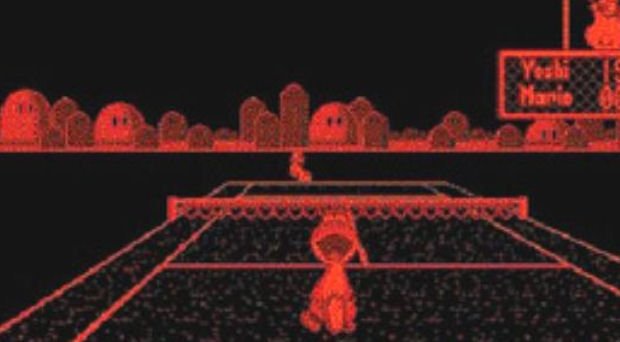 Things don’t stop there though. The DSi XL hasn’t even been released outside of Japan yet, and we’re already looking forward to the 3DS, Nintendo’s latest creation. All we know is that it promises “3D gaming on the go” and that it’s made the DSi XL look like a waste of money before it’s even hit North American shelves. Like I said at the beginning, it’s become a self parody. Announcing new hardware before the old hardware is even in stores. That’s where we’ve gotten.

And all this is going on amidst rumors of Sony preparing to announce another PSP for this year, bringing back the UMD drive for a PSP-4000 despite making such a huge frigging deal about the PSPgo lacking one. It’s an absolute farce. Oh, and please don’t let me forget Apple. From iPod to iPhone to iPad. Certainly not as ridiculous as the other two companies, but if the sheer absurdity of the iPad, already launching with exclusive games, is any clue, it’s only a matter of time before the “i” family gets as stupid as the PSP and DS lines.

The simple fact is this — it’s gotten to breaking point. The straw broke the camel’s back a few years ago. Now more straw is being dumped on the flailing, screaming camel as it writhes on the floor with half a spinal cord sticking out of its deflated, leaking humps. The Game Boy had four iterations in its 10+ years. The DS will be on its fifth when the 3DS is officially unveiled. Its fifth. In half the fucking time. 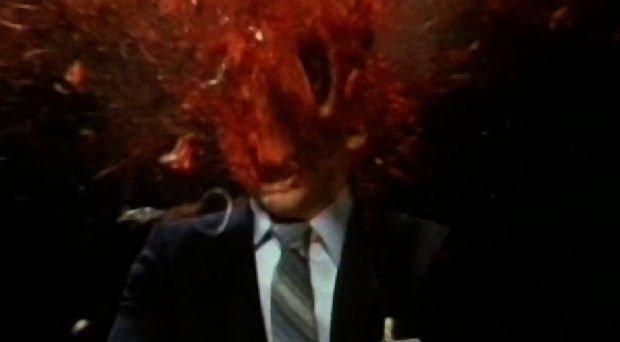 It’s too much, and the culprits responsible run the risk of driving us into a market crash. Oversaturation of the market is never a good thing, and can have long-term damaging effects. Just ask Atari. Money might be made right now, but what happens when people finally realize that the moment they buy a new system, another one will be announced? You can’t release a PSP every single year and expect consumers to be none the wiser. Especially when you’re charging several hundred dollars every single time. We’re seeing consumers turn against music games thanks to Activision pumping out ten games a year, and Guitar Hero costs less than half the price of a new Nintendo or Sony system.

I know that I, for one, can not keep this up. I have been buying every new system to try and do my job, but dropping several hundred bucks a year on something that will be obsolete in a number of months is getting too much. As home consoles entrench themselves for the longest hardware generation in history, it seems not only counter-productive but simply fucking stupid to shorten the lifespan of portable consoles to the point where they can’t even last a year. It’s become an absolute farce and it needs to stop. It really, really needs to stop.

Just calm down, is my plea to Nintendo and Sony. Calm the fuck down with this ridiculous behavior.