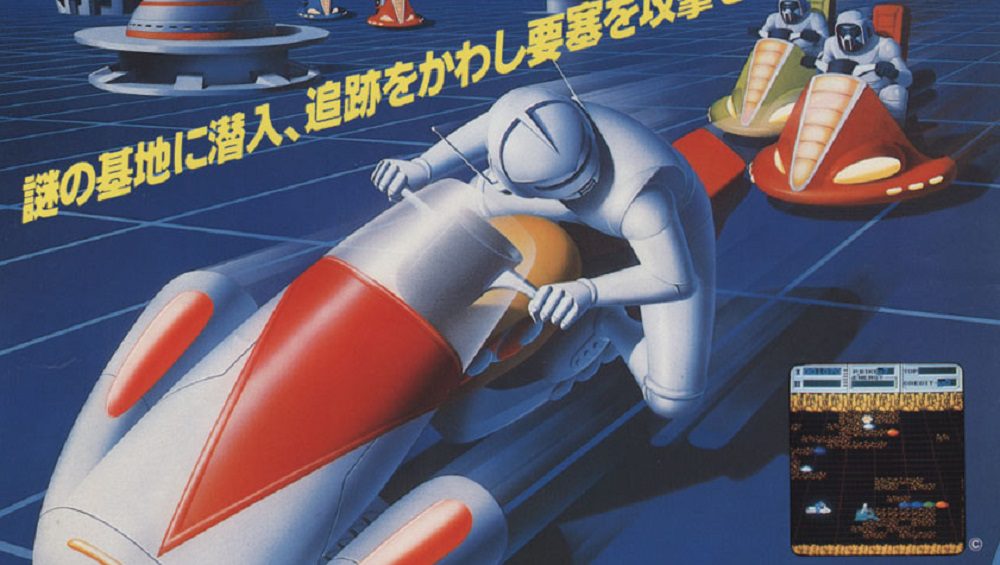 Hamster’s latest entry to the Arcade Archives is a little retr0-futuristic. Another release from the formative arcade developer Nichibutsu, space-age jet-bike battler Seicross returns on PS4 and Nintendo Switch.

Originally launched in arcades in 1984, before later being ported to the NES, Seicross (also known as Sector Zone) puts players in the pilot seat of a hoverbike, blasting their way through a Tron-like universe. Battle enemy riders, bag power-ups, and rescue lone figures stranded throughout the terrain.

As players progress, the environment gets more hazardous, enemies more plentiful, and destructive “dinosaur tanks” join the fray. Like so many titles of the day, Seicross repeats ad infinitum, offering slight alterations to the background and a consistently increasing difficulty. Check out the action in the video below, courtesy of YouTuber Metaslime.

Seicross is available to download now on PS4 and Nintendo Switch, priced at around $8.