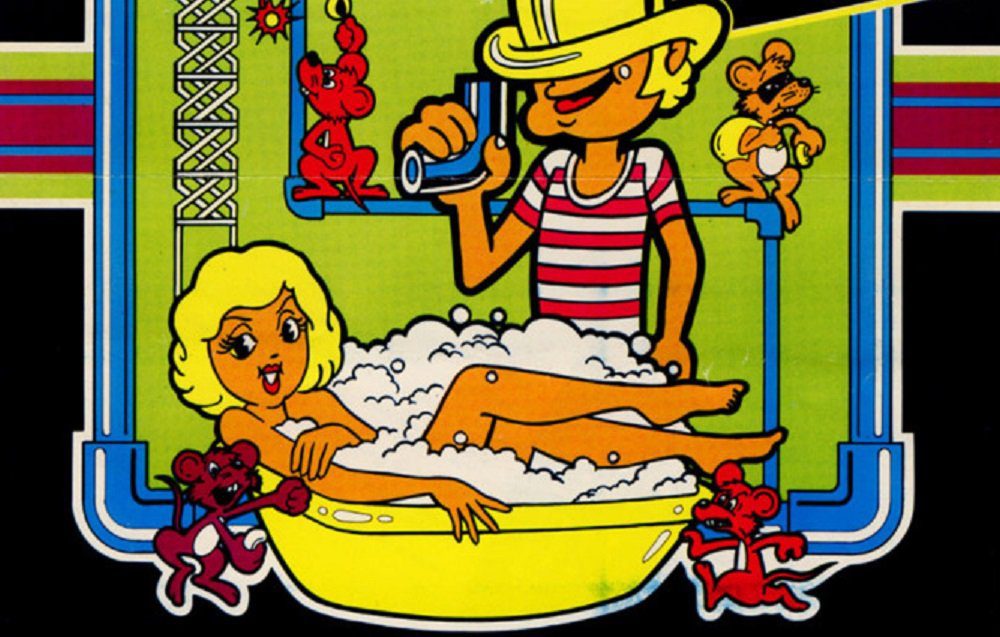 One of the most amusing aspects of old-school game development is the WGAF? mentality when it came to naming video games. While today’s publishers pour hours and hours into titling their wares – wringing hands over the amount of words or letters used, and holding focus groups over where the chosen title plays in multiple territories – gaming’s formative publishers seemingly slapped a name on the design document, then broke for lunch.

Case in point, Nichibutsu’s 1981 release, Frisky Tom, now available to download on PS4 and Nintendo Switch as this week’s Arcade Archives release. The bizarrely named puzzle-platformer put players in the role of a bowler hat-sporting plumber, who must dash along a fragile piping system fixing joins, repairing punctures, and staying one step ahead of a gang of mischievous mice who attempt to thwart his efforts by literally bombing his fine work.

Should Tom succeed in his efforts to keep the drainage system flowing smoothly, then he – and we – get to ogle a bodacious 8-bit babe taking a simultaneous bath and shower… I guess this scene is supposed to represent the “Frisky” part of “Frisky Tom”… maybe? Obviously dated today, Frisky Tom is a fun enough title, and while it would never see home release (aside from a mostly forgotten Game Boy port in 1995), it would inspire an array of suspiciously similar titles, such as the C64 classic Super Pipeline.