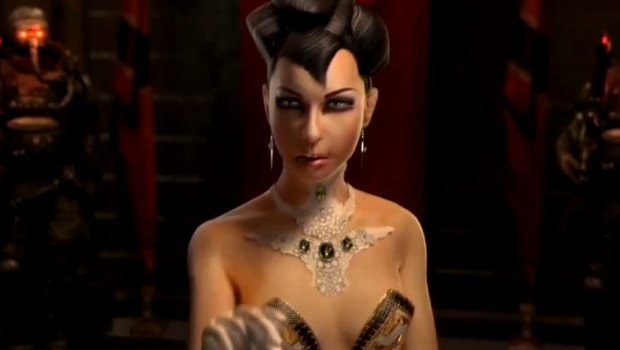 According to Siliconera, the first details concerning Sony’s next Killzone sequel have appeared online, hinting at a new leader for the Helghast. By all accounts, the principal player of the future game is Visari’s daughter, seen everso briefly in Killzone 3‘s intro.

It’s unclear if this is for a new console game, or the vaguely detailed PS Vita iteration.

The game’s obligatory political speech has apparently been snuck online, too. Here’s what the new villain allegedly has to say about her fresh regime:

My sons and my daughters, today we take the first step toward our imperial future.

For years, this once-great nation has stagnated in the shadow of its enemies. Governed by scoundrels who flaunted the ideals established by my father, these traitors… these enemies of our race have diluted and exploited the triad of Duty, Obedience, and Loyalty.

This regime, this corrupt regime, has been dissolved. In its place does rise an era of stability and strength. A time of opportunity born from a promise that we shall return our people to their proper sphere of dominance.

The arrival of a new leader was hinted at during the end of Killzone 3, and given her sudden appearance at the beginning, it makes sense that Visari’s daughter would step up to take a leading control. At any rate, you can consider me intrigued, what with my loving Killzone and everything.