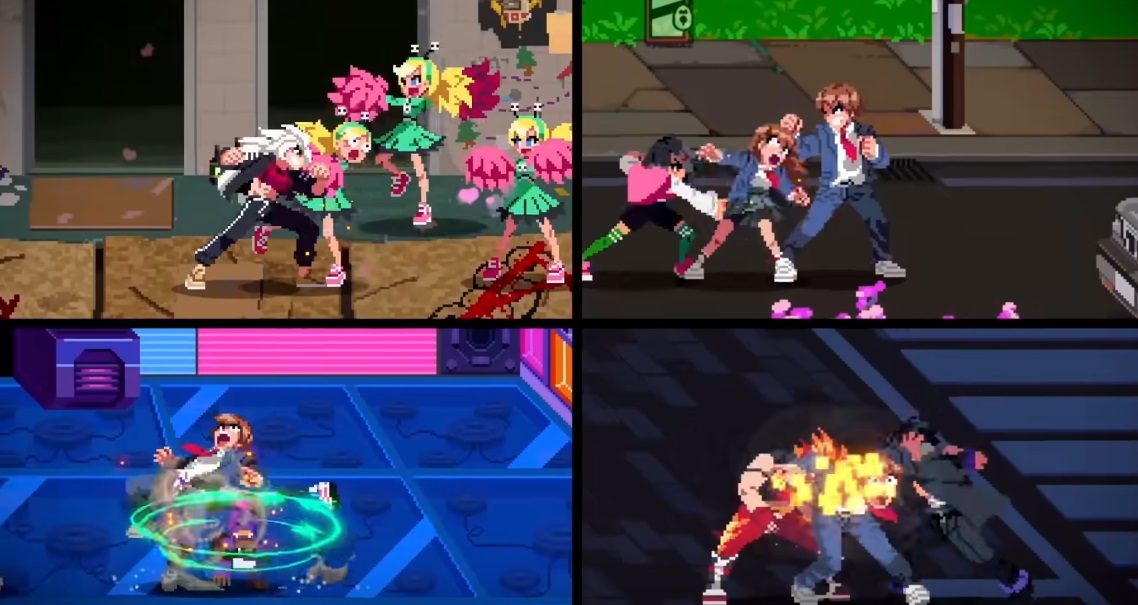 As part of this weekend’s Tokyo Game Show festivities, WayForward released a new trailer for its incoming sequel River City Girls 2. The new preview introduces us to the action-RPG’s sequel Japanese cast, and also gives us a quick look at some of Kyoko and Misako’s running buddies as they dole out Street Justice in the avenues and alleyways of River City.

Opening with footage from the original game and its delightful manga-esque cinematics, the video then transitions to some rapid-fire cuts from the upcoming sequel. We see both Kyoko and Misako in some familiar and brand new locations, (including the local fairground, making its return from previous Kunio-kun titles), as well as a dose of cartoonish chaos at the hands of Kunio and Riki, and returning stars Marian (Double Dragon) and Provie (River City Underground). While both the new characters look tubular, I’m really excited to check out Marian and her six-pack in action. Ker-blam.

Perhaps more importantly, the trailer offers a quick glimpse at a new selection of shopkeepers, allowing eagle-eyed Kunio-kun veterans to spot a number of cameos and familiar faces taken from the franchise’s storied, 35-year history. The shopkeepers were a key part of River City Girls‘ distinct identity, so it’ll be great to meet these new retail superstars when River City Girls 2 finally — drops on PlayStation, PC, Xbox, and Nintendo Switch platforms — in 2022.

Oh, and if you can’t wait until then, don’t forget that River City Girls Zero — a remaster of 1994 Super Famicom release Shin Nekketsu Koha: Kunio-tachi no Banka — is expected to hit Nintendo Switch before the year is up.