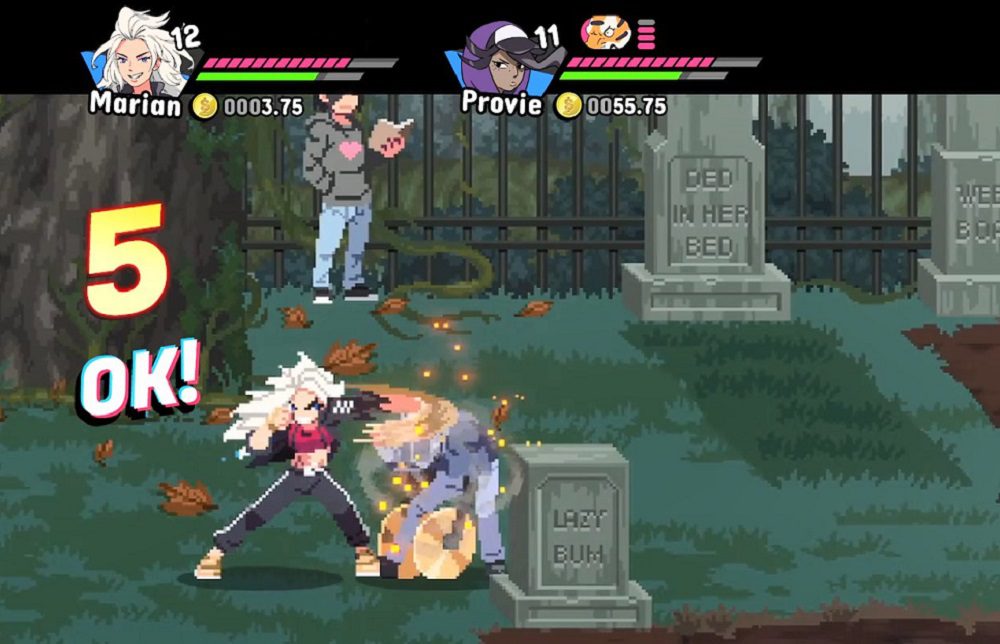 It’s been a pretty exciting few hours for River City Girls fans, not only did we receive the great news that both Double Dragon‘s Marian and River City Ransom Underground‘s Provie are joining River City Girls 2 as playable characters, but WayForward has also seen fit to release the first screens of the street-brawlin’ sequel in action.

The first screens, which you can check out in the tweet below, see returning heroes Kyoko and Misako once again rumbling through the trouble-filled gangland that is River City… Frankly, it’s amazing that the government hasn’t just leveled the whole town by now. The screens show our fave schoolgirl sluggers messing around in Kyoko’s bedroom, (with plenty of series references on point), kicking ass at the local funfair (which may seem very familiar to Kunio-kun fans), and making a mad dash down the highway, the rapscallions. 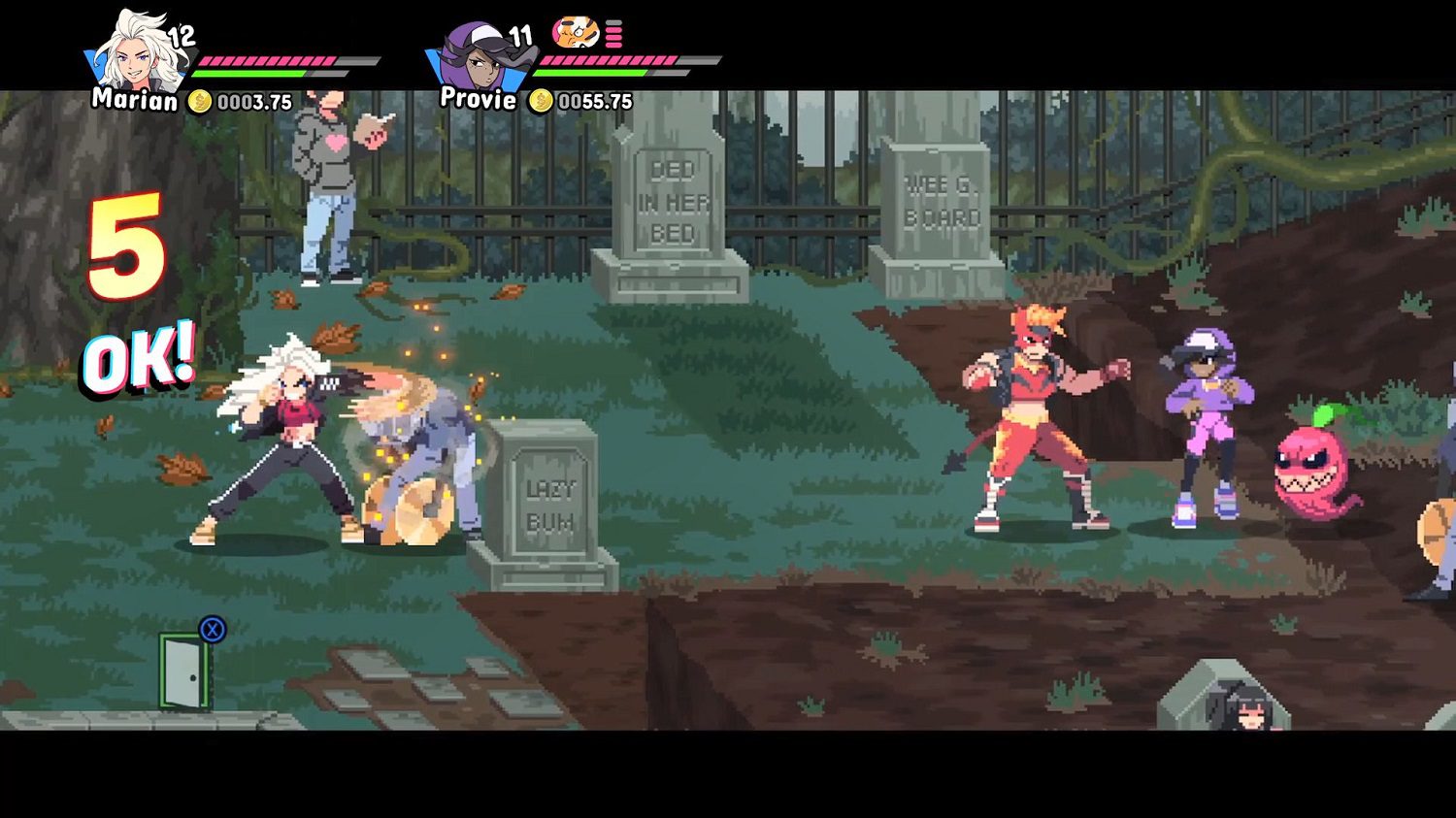 Perhaps most exciting of all, one screen features the debut appearance of Marian and Provie, slapping around some thugs in the local graveyard. They both look awesome! WayForward also took time to announce that two classic Kunio-kun villains, The Dragon Twins, will bring their nefarious ways to the new adventure. It’s an all-star cast so far, and it seems that the dev team has only just begun.

From these screens, it’s clear that River City Girls 2 isn’t going to be making any severe departure from its predecessor, sporting the same cool pixel art style, currency-heavy mechanics, and what appears to be a returning “Recruit” system. For those yet to experience the ways of Kunio-kun, the franchise differs in style from brawlers such as Final Fight and Streets of Rage, proffering a tighter focus on character progression, backtracking, and the building of unique skills and abilities. 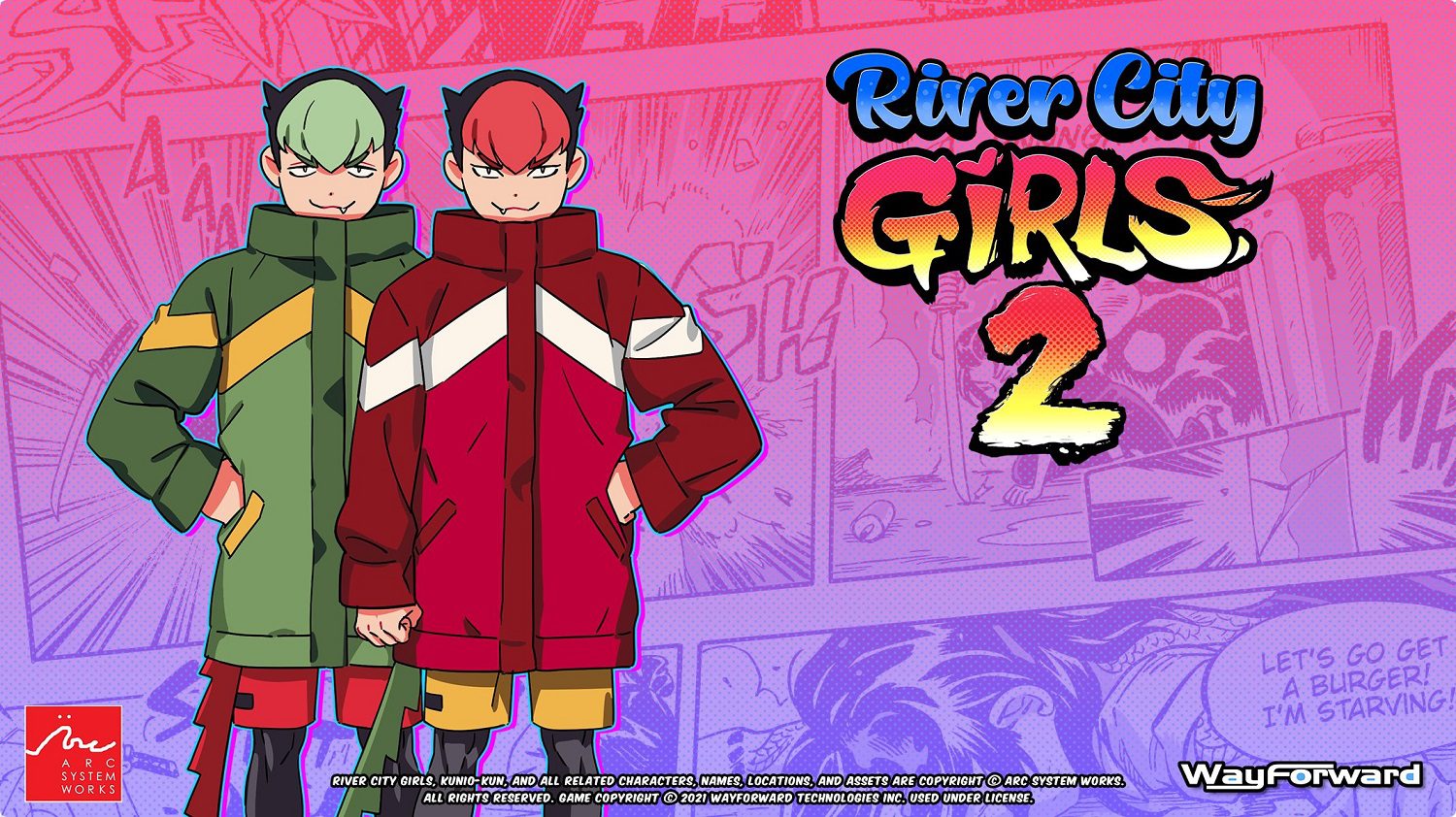 This makes River City Girls and its predecessors closer in style to RPGs than arcade adventures, allowing for more characters, a wider variety of locations, and deeper storytelling. It’s a fit that works for the Kunio-kun series and — as teased by these new screens — River City Girls 2 looks set to continue this face-and-pavement-pounding tradition.

River City Girls 2 is currently in development for PS4, PS5, Xbox One, Xbox Series X, PC, and Nintendo Switch. It is expected to launch in 2022. River City Girls Zero, a revamped edition of 1994 Super Famicom title Shin Nekketsu Koha: Kunio-tachi no Banka, is also in development, with a tentative release window of this year.

Next, take a gander at a the first screenshots of River City Girls 2! Check out the new environments, characters, and enemies! Kyoko has good taste in posters! pic.twitter.com/PK8pHSZbAl