How the West was won

Nintendo has been pretty consistent in making Zelda games every few years. While it normally swap between the 2D and 3D style for each game, you only need to wait about two or three years before getting your hands on another Hylian adventure. During those periods without new Zelda games, you’d think other developers would be trying their hand at the formula.

While there are certainly more indie Zelda-like games now than any other period, you’d be hard pressed to name more than a dozen or so. Enter Rain Games’ World to the West, a title set in the same universe as its previous game Teslagrad that replicates the Zelda formula. To claim that Nintendo’s classic series didn’t inform the design of this game would be a flat-out lie, but that doesn’t mean this game is held back by its inspiration. 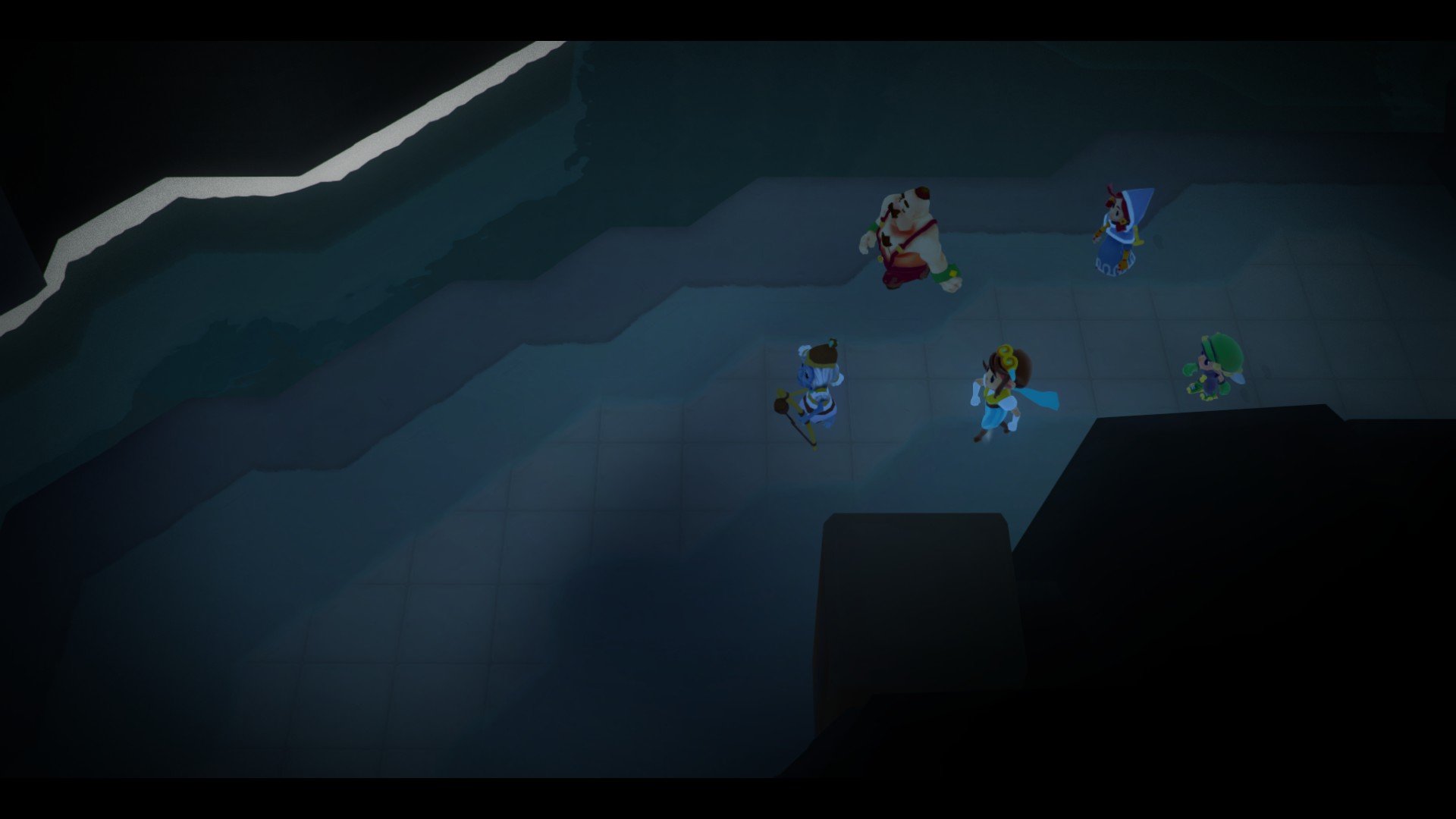 I did an extensive preview of World to the West two months ago that goes over some of the story and the different characters you play as. If you want a more in-depth explanation of their abilities, you can check that out. To summarize, World to the West features four characters with unique movesets that are utilized in different ways throughout the game for puzzles and exploration.

The game introduces each of these characters with individual chapters before having them group up as a motley crew of adventurers. Through some clichéd plot devices, one main bad guy has taken something from each of our heroes and they are looking to stop him from ruining the world. Suffice to say, you won’t be playing World to the West for its plotline, but it gets the job done.

The bulk of the game can be compared to A Link to the Past. There is a large map that you set out upon and it’s up to you to figure out which character can interact with what. Just like the classic Zelda titles, certain areas of the environment are blocked off until you unlock different abilities, but the very generous fast travel system puts a strong emphasis on exploration as you won’t be out much time when you hit roadblocks. These fast travel points, taking the form of a totem pole with each character’s head on it, are dotted around the map and act as checkpoints, so reaching one will save the game and reset you if you happen to die.

The real beauty of this design is that you aren’t limited to just exploring small swaths of the map. While some areas will be off limits, when you do run into a dead end, you’ll eventually need to return this new area and you can easily do so later with the fast travel system. Towards the end, you also get a choice between two “dungeons” you want to go to and figuring out how to reach them is wonderful. This evokes a tremendous sense of freedom for what is a linear adventure game.

The combat is pretty laid back. You only really need your basic attack to dispatch of foes, but those foes aren’t explicitly placed for physical challenges. The real heart of this game is its puzzle design and the bad guys factor into that. They work in conjunction with those roadblocks I mentioned above to prevent you from straying into areas where you won’t be able to progress, but sheer determination can sometimes win out. It truly emphasizes the adventurous spirit of the game.

As for any tough sections, it mostly comes down to the amount of enemies more so than organic challenge. Even the boss battles in the game are ridiculously simple to figure out and can be surmounted with a single ability. The very final battle is a little anticlimactic, as a result, even if dying resets you to the first character in the cycle (it is a multi-character battle). 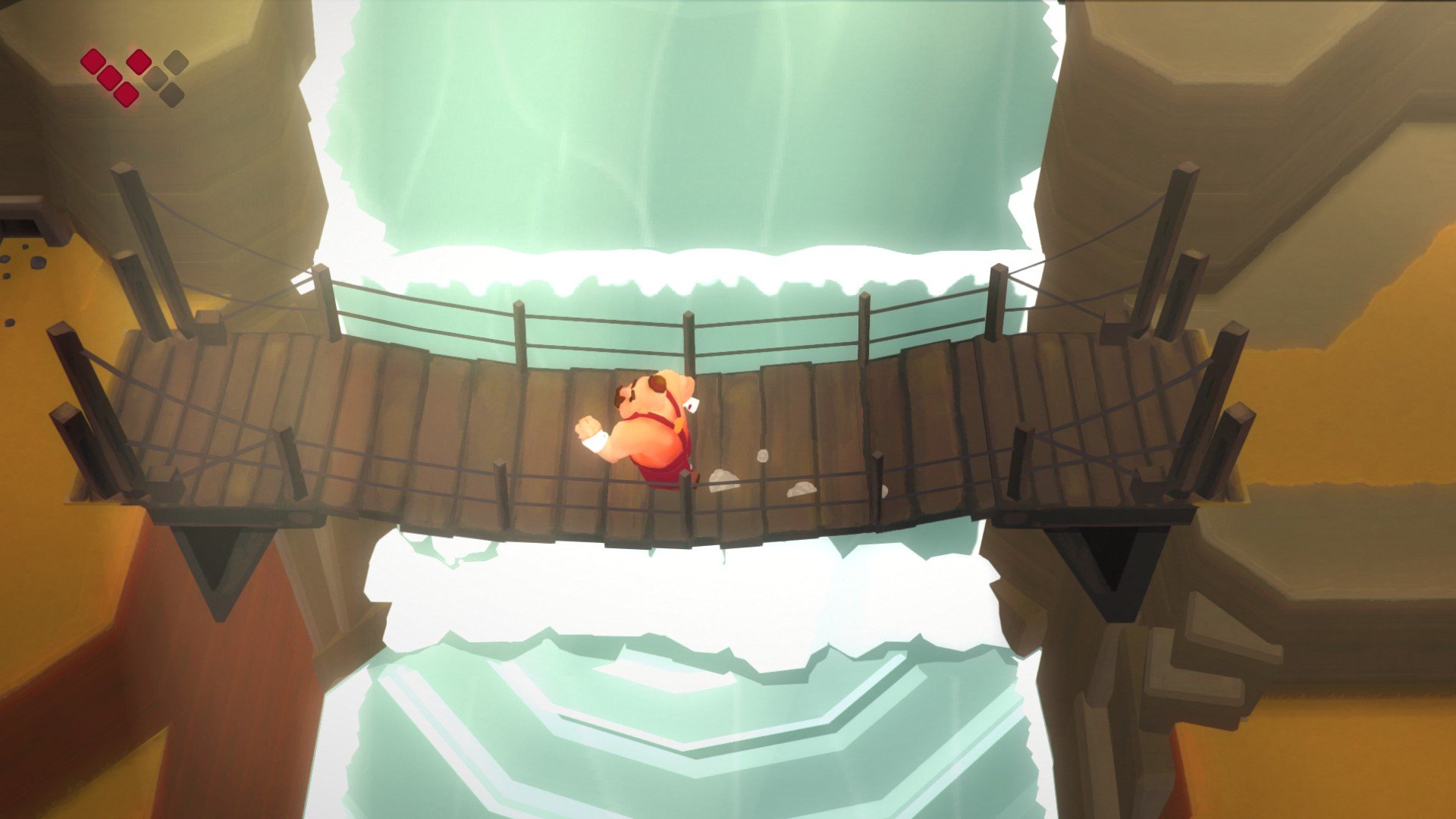 What I don’t necessarily care for is how all of your characters don’t travel together. It may make sense in the opening segments of the game (since everyone hasn’t properly met), but later on you need to walk each character to separate checkpoints. To be fair, you don’t need everyone to go everywhere, but making a trek with one character only to repeat it with the next is tedious.

I would have liked to see a system where you can directly change to characters instead of needing to hit a checkpoint first. It strikes me as odd that your ally would just sit at the nearby totem pole and stand there while you’re getting your ass kicked. It is also strange how finding a fast travel point with one character doesn’t unlock it for everyone, but that would make the exploration aspect too simple.

There are a bunch of secrets dotted around the map that require certain skills to reach and it is fun trying to remember where they are or maneuvering your characters to reach these points. Most of these take the form of extensions for your life bar, but there are also 36 scrolls hidden around the world. These are exactly the same as they were in Teslagrad, though you aren’t required to collect all of them to see the true ending, even if you need roughly a third to reach the final area. 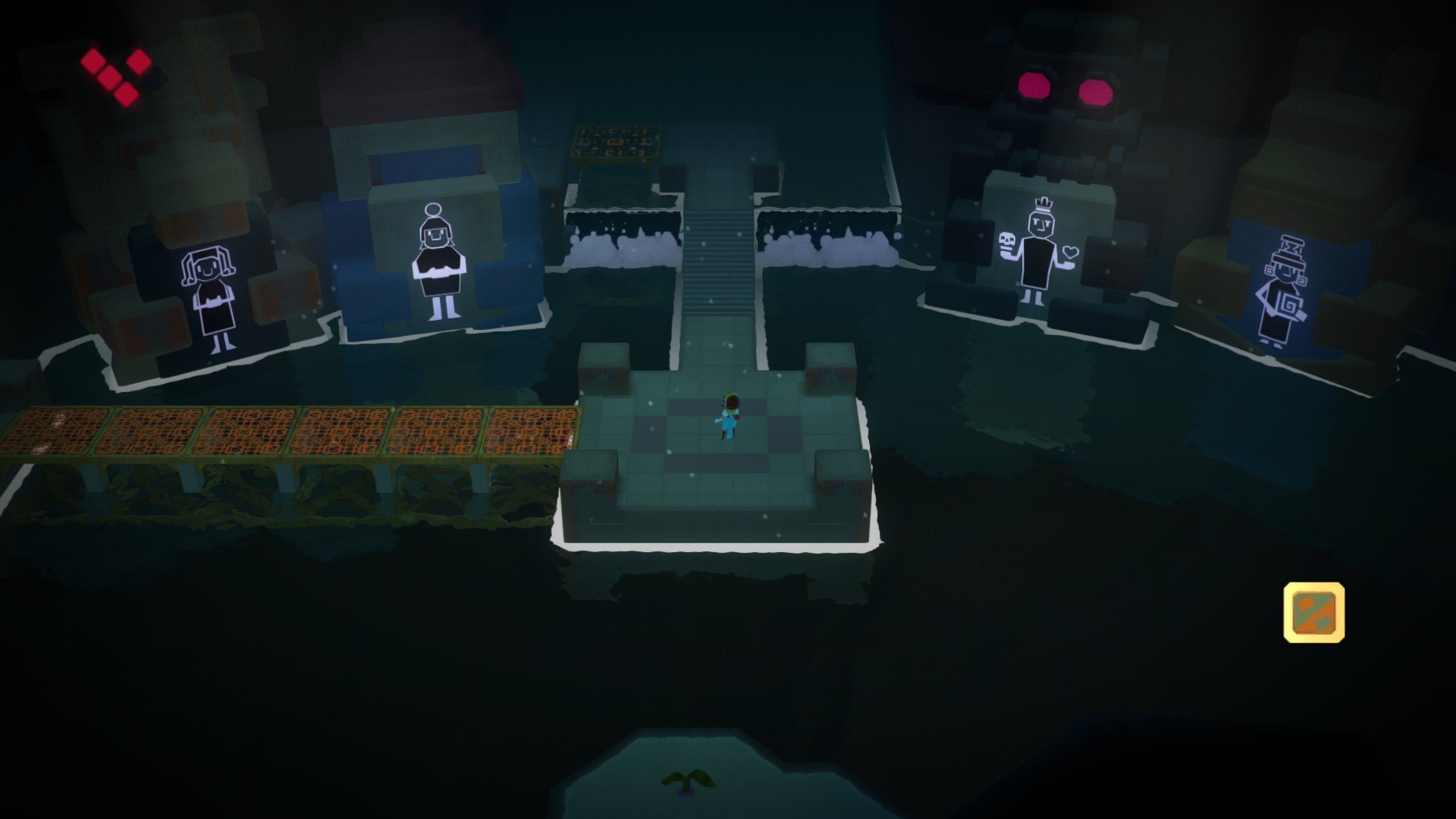 You can’t leave any markers on your map to remind yourself of hidden do-dads, so gating progression behind seemingly pointless unlockables is a bit of a shame. I also don’t really know why there is a currency system, since you amass a small fortune before you even have the opportunity to spend any of it. I was actually seven hours into the eight-hour campaign before I spent any money and it was only a few hundred coins of the 20,000 I had.

At least the presentation is great. Cutscenes are quirky and to the point, the graphics look wonderful, and the music is just top notch. A few pieces remind me of the subtle guitar work from Diablo II, but almost all of it is comprised of live recordings with actual instruments. It sounds very organic and helps create a distinct personality for the game.

The writing is also pretty funny, with each character having prominent personalities. I am especially fond of Lord Clonington as his no-nonsense attitude and narrow focus poke fun at how self-righteous a lot of modern games feel. It is particularly funny to find some ancient ruins with “important” texts left on the wall only for Clonington to say, “I don’t care what this says!” 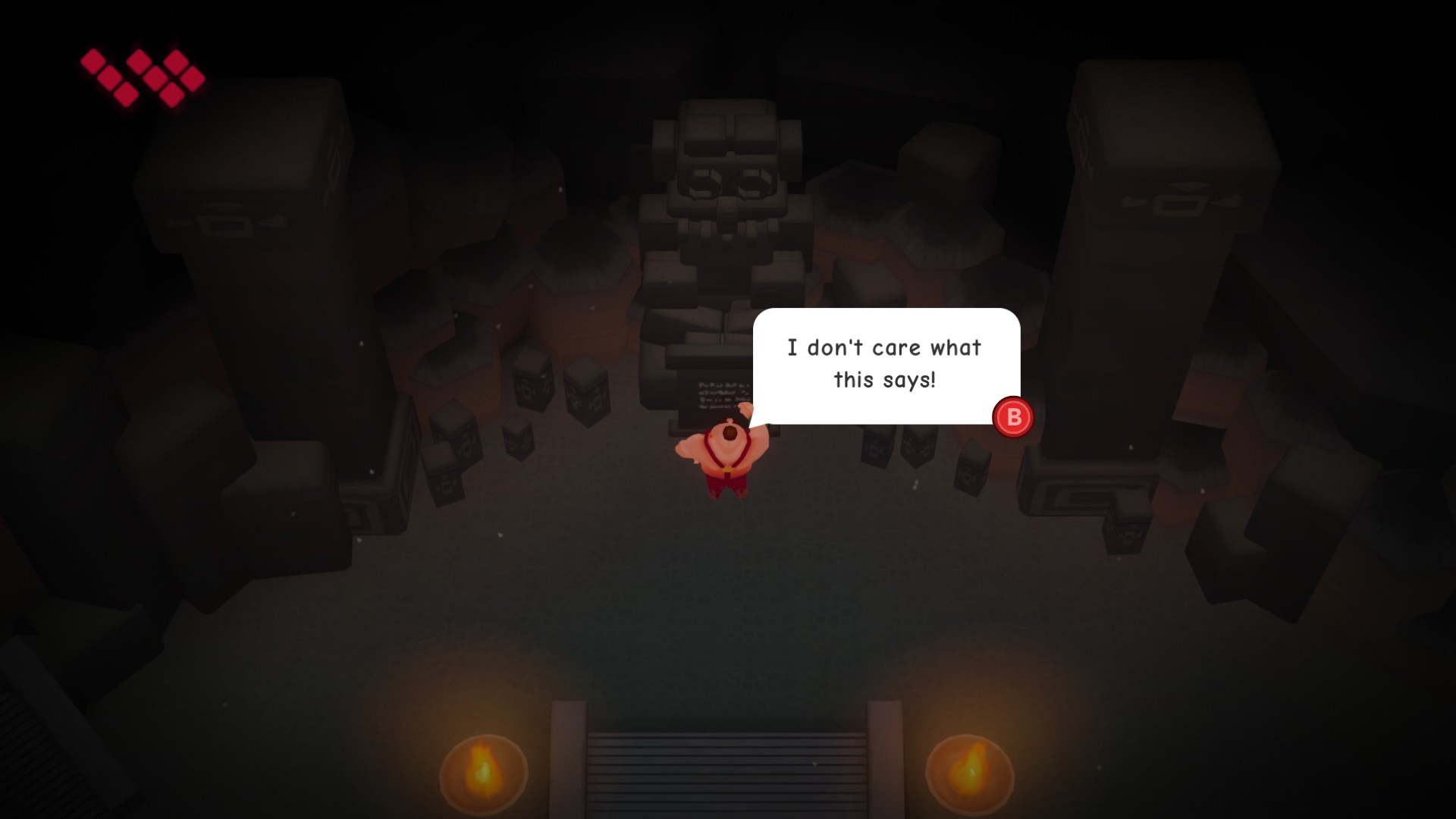 As for anything else, there really isn’t too much to say. The game is straightforward and the tutorials are kept to a minimum. All relevant information is given upfront and you’re never falsely led into an area with no idea of what to do. You may get lost at times, but there isn’t a single problem that should totally stump you. Everything has a clear solution (even the hidden bits) that is logical and fun to figure out.

Really, the game is just fun to play. I wish it could have ended better and that the combat was more meaningful, but simply getting to experience such a lovingly crafted world was worth it for me. World to the West evokes a lot of fun and I can’t stay mad at it for not aspiring to be revelatory.

Rain Games definitely knows how to make a quality title. If you have any fondness for Zelda, you should really check this out. Even if you don’t happen to enjoy Nintendo’s classic series, World to the West is fun enough to warrant a playthrough from even the sternest of players.