World of Warcraft is enjoying another wind right now. I hesitate to label it as “second,” because you could argue several eras have been examples of resplendent comebacks (Wrath of the Lich King is the most popular choice of our community), but Blizzard is riding a post-Legion wave of excitement.

Battle for Azeroth doesn’t really slow that train down. 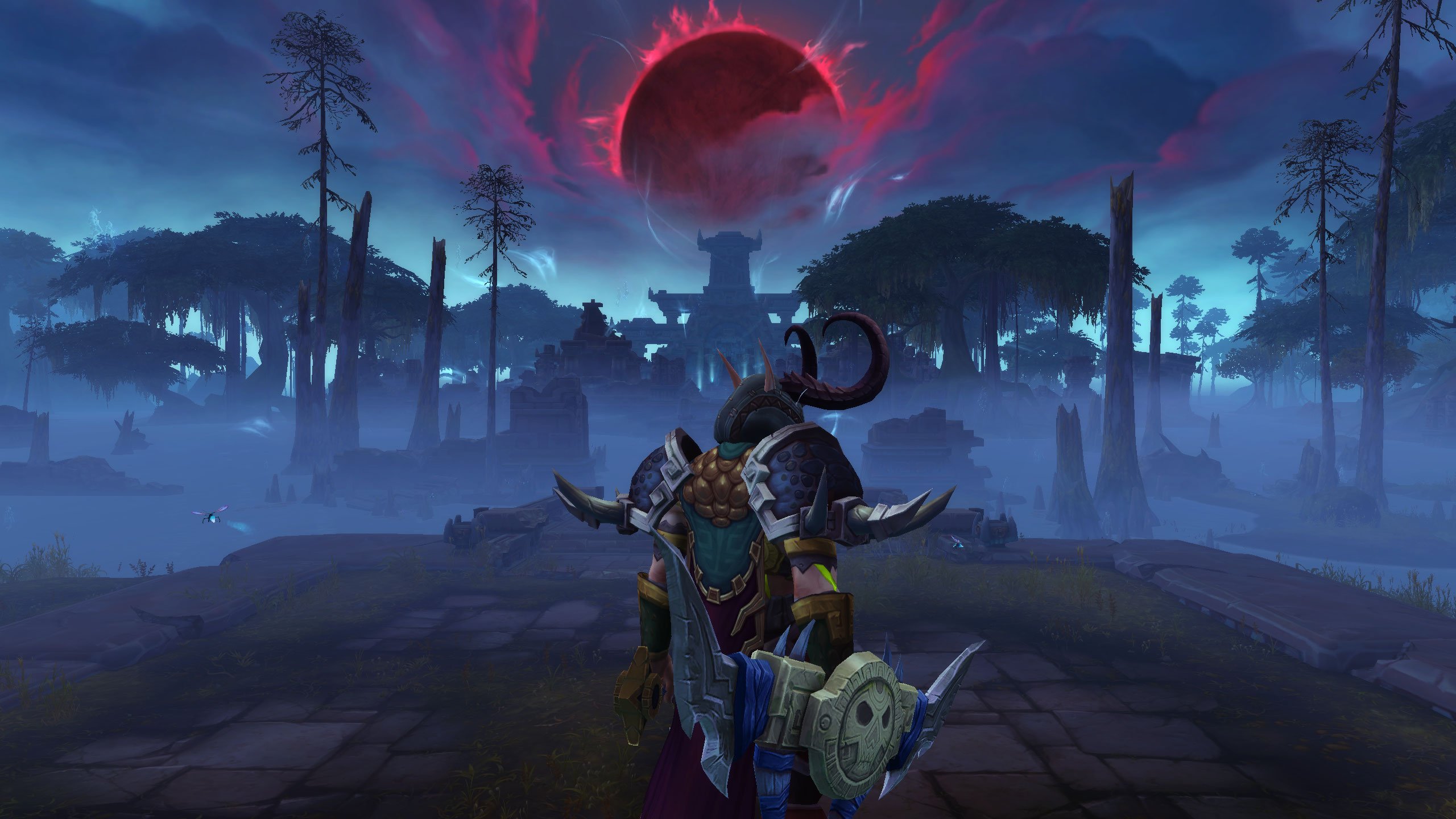 [You can read our impressions on Warfronts here and the first raid Uldir here.

Shortly after my initial review in progress last week I hit level 120, the new cap, and started experiencing the vast majority of what Battle for Azeroth has to offer. Just like 2016’s Legion expansion, I expect to hang around for an extended stay.

The leveling process on the horde side (my main faction of choice at the moment) was smooth enough where I never really felt like it dragged. The three new zones are well-crafted and densely packed with lore-rich quests and secrets. I only had one bug with a quest called “Profit and Reconnaissance” that basically added two minutes of time and another world quest (of 100+) didn’t spawn. That’s…not bad! The servers didn’t buckle when the expansion first hit and haven’t since in a major way. Blizzard has a few missteps every now and then (Diablo III would like a word) but at this point they have their big launches down pat.

I was impressed from the get-go but the more I played, the better it got. The jungle-heavy Zuldazar is one of the most visually impressive zones in the entire 14-year history of the game (and its capital city rocks a great song to boot). Nazmir (pictured above) is a macabre painting in motion. Blizzard has gotten really good at sprinkling little details about too, like lengthy hour-plus-long sidequests and small extras like lore potions that let you walk on water momentarily or fill you with blood rage. You might even miss them, and as a result I’ve been going back to areas I’ve already cleared in search of Easter eggs and hidden questlines (I found several).

The “three giant rich zones” (desert, jungle, cursed marshlands) angle works better than the “tons of semi-rich ones” specifically as it pertains to Battle for Azeroth, especially since each faction can experience the other hub in excess after reaching the level cap. At that point you’re drawn back into the “world quest” stream that was cemented in Legion, which involves a giant pool of events across both new continents that you can solo or group up for to further your character’s progression or the endgame storyline.

Speaking of, the overarching “War Campaign” helps stitch all this together. It’s another endgame questline that helps give context for various invasions (plopping you into enemy territory to set up shop) and serves as a backdrop for the entire expansion. Will the core focus change from a war over resources into something greater? Probably, and I hope it does so sooner than later so the concept isn’t over-saturated, but for now I’m enjoying the skirmishes — world PVP has opened up more as a result despite being rote when leveling.

The phasing system (where different players see drastically different versions of the game world) is used masterfully here to shift each continent as the story sees fit. Ever since the inception of phasing WoW has felt less sterile, and the developers only expand upon it with each passing year. But they have to, as several activities that take you out of the world map haven’t evolved as successfully.

Blizzard has also made efforts to remove themselves from the “kill 10 boars” mentality of MMO questing. During my travels I was chased by a bone dinosaur, helped a turtle god clean up a coral reef and rode a dolphin, gained momentary Super Saiyan powers to kill snake men, led an undead army into battle after striking a deal with a trickster deity, and squished enemies as a giant frog.

Dungeons aren’t as exciting as the rest of the game, and Blizzard has been surpassed when it comes to instance design. While it nails its worlds even some of the more creative dungeon bosses feel like mere tweaks of concepts they came up with over a decade ago, and they could stand to look to innovators like Square Enix’s Final Fantasy XIV for help. Add more puzzles, and fill them with more relevant storylines and engaging unique items/tools to facilitate them. Grinding dungeons is an efficient way to gear up for endgame content, but here it’s not something I have any interest in. 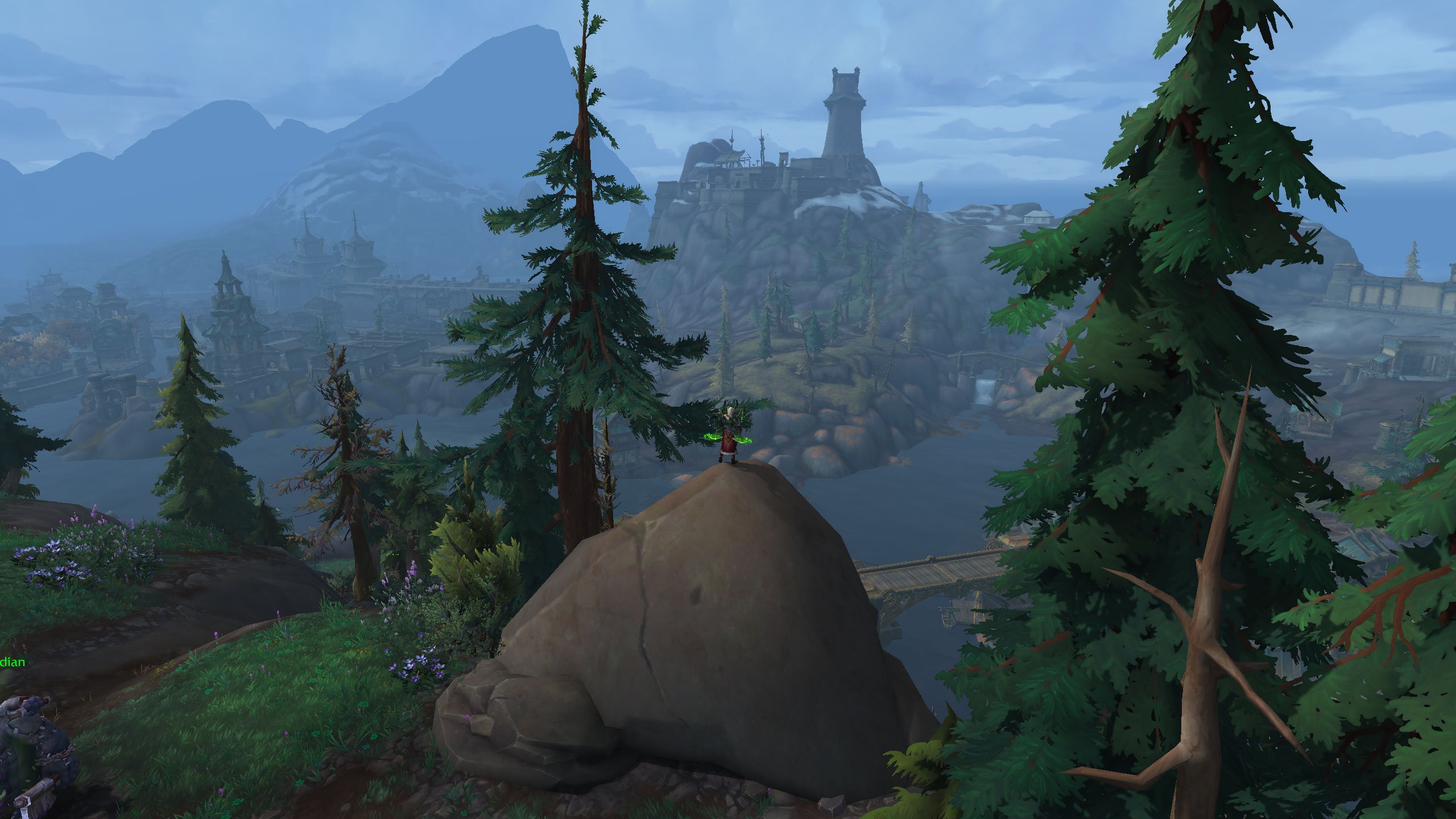 No, I’ve been spending my time spread across world quests, PVP, exploration, and Island Expeditions, the new hotness in Battle for Azeroth. They’re an added layer of “I only have a few minutes, I can do this instead of running a dungeon,” and while lacking in execution have been a source of a lot of fun this past week. Expeditions are randomized islands in essence, drawn from a set pool of zones (which cycle week to week), objectives, and enemy types. You’re tossed into the fray with no escape as a team of three against another team, and are tasked with grabbing as much Azerite as possible. The first side to reach a certain goal wins, and if you’re not the PVP type Blizzard fills in the other side with (well-crafted) bots.

It kind of reminds me of a MOBA, in a good way (roll those eyes back!). Do you fight that boss knowing that the enemy team is alive and close by? Or do you maybe hang back, clear out some fodder, then counter-attack their boss attempt? As miniature quests and various events (like Goblin invasions) pop up you’ll have to change your strategy, which led to a bunch of exciting moments in my time with the gametype. That includes last-minute heroics that win the match for your entire team when you’re at 5900/6000 Azerite.

But there’s a lot that needs addressing, as right now I think the vast majority of the playerbase is only going to play it at the weekly reset period for the massive bonuses involved. Kiting and tagging mobs doesn’t fit the nature of the experience, and feel like a relic of world questing crudely pasted into the format. The tutorial also does a poor job explaining expeditions, and many people I played with insisted on turning matches into a PVP-fest — almost all of them ended in failure. With no individual breakdown of stats by default there’s no way for those players to know if they’re doing well or contributing. Even with normal, heroic, mythic, and PVP settings it’s still really really close, just not there yet. 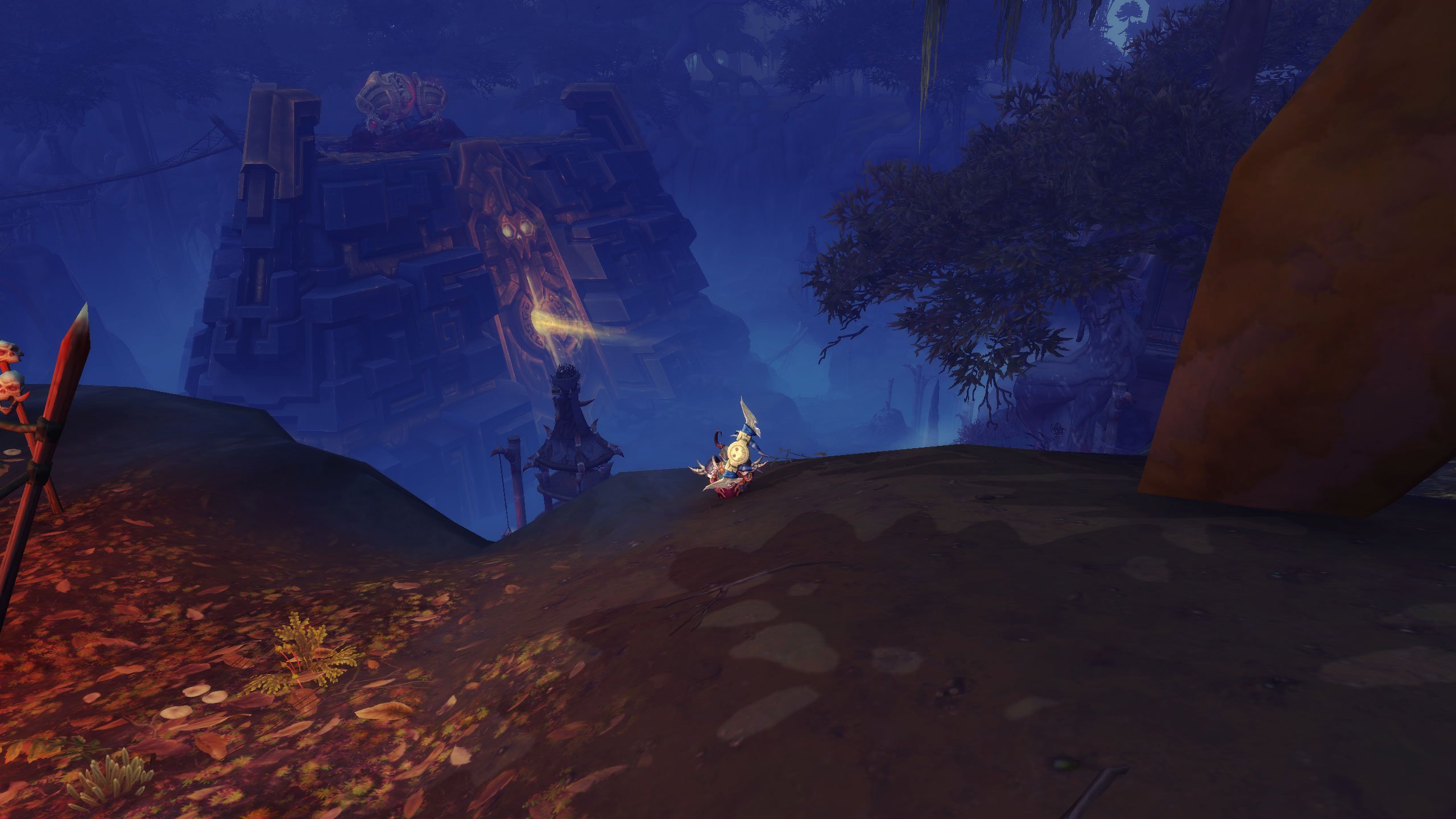 There’s more on the way as is customary with the subscription-sustained World of Warcraft. Raids are planned with the first set to arrive in several weeks, and even playing daily, I can see myself not running out of things to do. Warfronts, 20-player co-op sessions that mimic an all-out war RTS shell with building and ally mechanics, are on the way, which we’ll cover as they arrive.

I will say this: I’m the most intrigued I’ve been to date with World of Warcraft‘s storyline. The enemy isn’t clear yet, and the breadcrumbs spread throughout the two campaigns are set. Battle for Azeroth isn’t my favorite expansion but it’s definitely up there.

[This review is based on a retail build of the game provided by the publisher. I reached level 120 for this assessment. MMOs are constantly updated worlds, and as a result we’ll be updating our review over time as new coverage arises.]