Retro games have their place in gaming just as much as contemporary titles. A game’s visual style has nothing to do with quality, on both sides of the spectrum — anything has the potential to be a great experience. Of course, it’s to be expected that a game cannot rest solely on the laurels of “retro” as an excuse for quality.

While Witch and Hero looks like a charming throwback to classic RPGs of old, it quickly devolves into nothing more than a grindy mobile game of the worst degree. In fact, it could have done better in just about every facet of the experience, and in the end, feels like wasted potential. 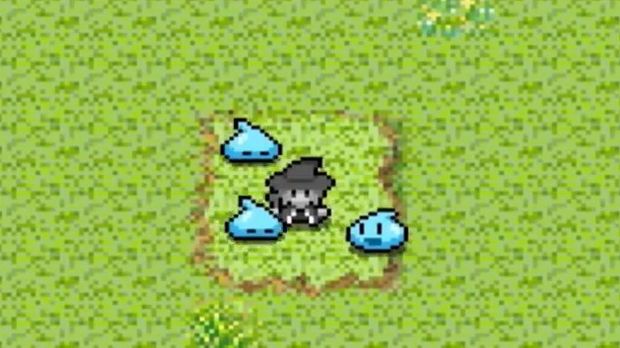 At the start of the narrative, the titular Witch and Hero make their way to slay Medusa for a cash reward, only to find the Hero beaten into submission, and the Witch turned to stone. After a realization that the only way to save the Witch is to slay Medusa proper, the Hero drags the stone Witch along on a second adventure — and that’s where you come in.

It’s a very cute premise, but said cuteness it doesn’t really play out in any fashion outside of the beginning and the end of the game. Beyond those portions, you’ll completely forget the charm as you’re engaging in Witch and Hero‘s extremely repetitive gameplay.

At first, since the Witch is in fact turned to stone, your Hero will be the only playable character. In order to attack enemies (that move in an amoeba-like manner to attack the stationary Witch in the center), you simply bump into them and trade damage. That’s literally it — no sword-slashing attack button, no sword-swinging animation — nothing. You bump into creatures, and if you bump them in the back, they’ll take more damage and you’ll take less. The bumping itself is sporadic, sometimes throwing you across the screen, sometimes letting you bump multiple times in succession.

Once your life bar drops, you’ll have to wiggle (mash) the circle pad to spring back to life, then repeat the process. There’s some strategy involved here obviously, like deciding what enemies to attack, whether or not to go around the back and risk the Witch getting hit, and so on, but it’s so basic that you won’t really wrack your brain tactically in any meaningful way.

After a few levels, you’ll unlock the ability to pick up monster blood and give it to the Witch to temporarily bring her back to life (think 5-10 seconds). She’ll prove extremely useful (and vital) to your success in some of the harder stages, as you can toggle a straight-shooting fireball ability, and an area-of-effect wind power, as well as moving her 360 degrees with the L and R triggers.

This system has the potential to be extremely rewarding, but it’s really not. Gameplay distills down to bumping, occasionally having the Witch use her AOE wind power, then when a mini-boss appears, switching to the fireball and aiming it. My biggest issue with the game is how lazy the enemy waves are.

In most titles in the genre, waves are designed to have a purpose — to present new and interesting concepts to make you adjust your tactical stance on the fly. With Witch and Hero, enemies are seemingly given a random number generator-style “have at it” approach, which could make for some pretty entropic fun if it weren’t for the fact that every enemy in the game feels like a homogenized blob.

Levels range from extremely easy to nonsensically impossible, forcing you to grind and grind again, unlocking menial upgrades to your attack, defense, speed, and magic. All of these upgrades are extremely boring, as they aren’t replicated visually (outside of the occasional spell change), giving you no real sense of progression — like every level is the exact same. 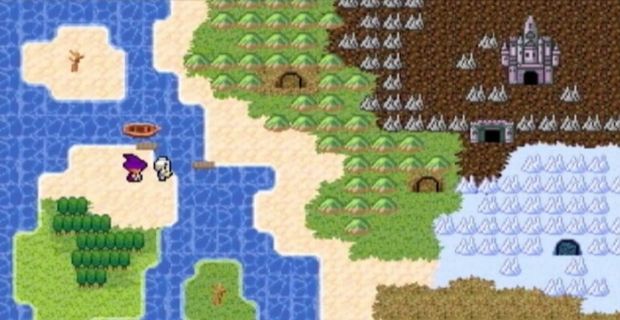 I can certainly appreciate that the gameplay is so simplistic that it’s easy to get into — moving around to attack enemies could make for a pretty appealing “one more round” style of game. But the fact remains that given the sloppy enemy and wave design, the lazy storefront, and complete lack of ingenuity until the very final battle, Witch and Hero feels like an utter waste of talent.

Outside of an interesting final battle, a decent twist ending, and an unlockable hard mode, there isn’t that much substance here. You’ll keep bumping over and over until you’ve bumped your way to the final boss (really, the only good part of the game) — then if you want, you can bump some more.

Variety could have really done wonders here. Even with a small budget, tiny nuances like sword animations, items in the shop, and mini-boss depth could have gone a long way. Witch and Hero takes a simple, charming concept and somehow manages to make it repetitive, dry, and unfun. Given the price, you’re better off skipping this retro-centric experience in favor of the endless sea of classics on the 3DS eShop.