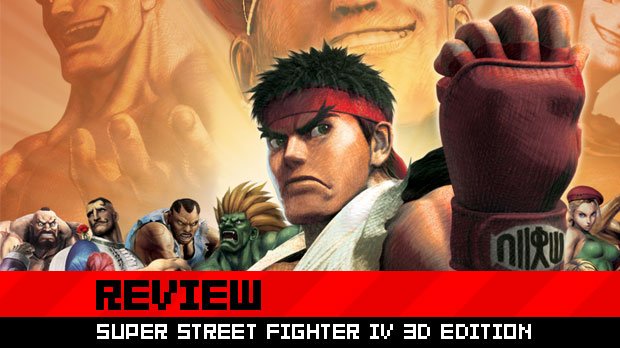 The history of fighting games on handhelds has been checkered at best. Whether it’s the form factor of the platform, making for difficult and uncomfortable controls, or a sloppy port, no one has gotten it quite right. That changes with Super Street Fighter IV 3D Edition for the Nintendo 3DS.

Capcom has not only successfully ported its popular fighter over to Nintendo’s handheld, but has managed to pack in even more content than its bigger console cousins. It may not be the best platform to play the fighter on, but it’s certainly the best gamers have ever seen when it comes to getting your fighting fix on the go. 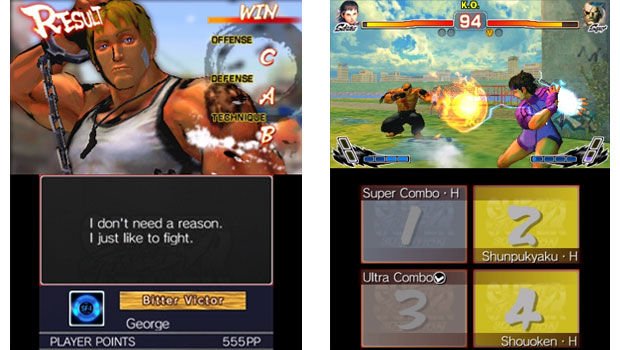 Most shocking about 3D Edition is that this isn’t a dumbed down handheld port. It is, in nearly every way, the same Super Street Fighter IV experience you already get on consoles. All 35 characters are represented, each playable with their full move sets, just as you’re already familiar with. All of the modes you’d expect are accounted for, too. From the standard “Arcade” mode to the standalone training room and character-specific challenge trials, it’s all here.

We’ve already covered and reviewed Super Street Fighter IV, and seeing as how 3D Edition’s gameplay is basically identical, there’s no need to retread old ground. Long story short, it’s great. Very little, if anything, is lost in the translation. That’s thanks in part to the 3DS’ form factor, as well as some clever (yet likely to be controversial) decisions on Capcom’s part.

The game can be played using the 3DS d-pad or the circle pad, both of which are viable options when it comes to pulling off consistent Burning Kicks with C. Viper or Shoryukens with Ryu. The handheld itself is a bit on the small side, which I found led to some cramped hands initially, but I found myself adapting to it pretty quickly. You’re not going to want to trade in your fight pads or sticks in favor of the 3DS setup, of course, but it feels surprisingly responsive in the heat of battle. 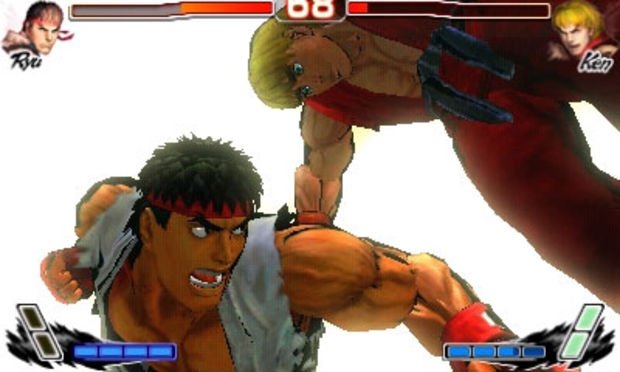 Capcom has also decided to utilize the touch screen for one-touch (with your finger or stylus) special moves — four at any given time — including Ultra and Super Combos. While Capcom will display four moves of its choice by default, those buttons can be altered for each and every one of the 35 characters, giving you a ridiculous amount of customization. While purists may groan at the concept, it’s actually a brilliant move on Capcom’s part.

For starters, the barrier for entry and player enjoyment has just been significantly lowered. For fighting novices, the worst part is struggling to pull off what most of us consider the most basic movements in the genre. While saying “do a fireball motion” to most gamers is equivalent to telling a magician to pull a quarter out of his ear, don’t take it for granted that everyone knows what that means… or could even pull it off. Assume for a second that 3D Edition may be many gamers’ first foray into the world of Street Fighter, and one-touch controls seem that much more attractive. Will it prevent some players from bothering to learn the proper movements? Maybe, and they’ll likely never get to the point of being a pro. But they’ll sure as hell have more fun, and that’s pretty important, isn’t it?

As someone who can pull of all of the game’s special moves using button and control movements, I have to admit I did find myself using the one-button attacks as a matter of convenience. It didn’t ruin the enjoyment of the fights for me, but your mileage may vary. For those who don’t want to use the one-button attacks, instead wanting to remain “pure,” you’re welcome to do that as well. Capcom has given players the option to use the touch screen panels as additional buttons, similar to what you might find on a standard controller. For instance, all three kick buttons can be mapped to a panel, if you wish. 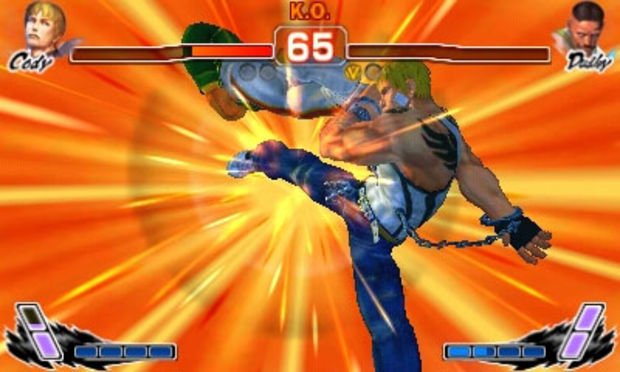 3D Edition also features a full set of online modes, including “Fight Requests” in arcade mode where a real life incoming challenger could hop in fight you at any moment. Considering the game hasn’t hit North America yet, I was only able to play a handful of Internet battles, many of them against Japanese players. Keeping in mind the distance been me and my opponent, I found there was considerable lag, although it wasn’t completely unplayable. Of the small number of matches I played with folks within the United States, I found the fights to be significantly more enjoyable, although it wasn’t as smooth as I had hoped it would be. Other players have reported silky online play experiences, so I have no reason to suspect my issues were anything other than connection-related.

Capcom has also included a bonus 3DS-specific feature with its “Figure Collection” mode where you’ll collect tiny bottle cap figurines of the game’s combatants. Not just for show, you can assemble a team of fighters to battle against other players you “meet” using the 3DS “StreetPass” mode. You’ll have the ability to level up your figures, as well as apply various attributes to them that will be passively calculated-in by the 3DS when battling.

Given that the game and the handheld isn’t on shelves at the time of this review, there was no way for me to try this feature out. Destructoid’s Dale North spent some time with his 3DS in Tokyo, and really enjoyed the StreetPass Battles.

“It’s like an extra social game for every game you own,” Dale said of the StreetPass mini games found in 3D Edition and Nintendo’s own nintendogs + cats. “They’re not deep experiences, but they’re definitely fun.” 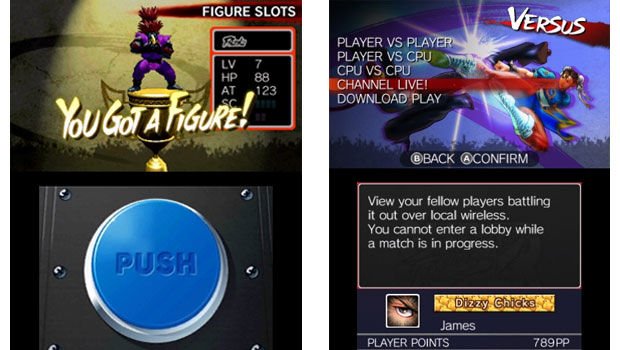 3D Edition is also one of the most visually impressive titles I’ve played of the small selection of launch games. Street Fighter IV’s hand drawn art style looks spectacular on the small screen, with smooth animation that moves at a nice clip. The game’s environments take a small hit, but it’s hardly noticeable in battle.

As for the “3D” bit, like many launch games, it’s a neat feature but doesn’t add all that much to gameplay. Capcom has added the option of playing (or watching battles) in a “Dynamic View,” an over-the-shoulder camera perspective; it’s not the easiest view to play in, but it really does make the 3D pop quite nicely. 3D Edition is also one of the few games that still looked good (i.e., not a completely blurry, double-vision mess) to me with the 3D slider bumped all the way up.

Super Street Fighter IV 3D Edition is really the total portable fighting package. In terms of what Capcom has been able to pack onto the tiny 3DS cart, it effortlessly stands toe-to-toe with its console efforts. In fact, when you factor in the game’s StreetPass capabilities and the fact that you can battle random Internet strangers while sitting on the toilet, 3D Edition may even have the edge.

While the tiny screen and the sometimes cramped controls may keep it from being tournament ready, Super Street Fighter IV 3D Edition easily one of the best titles the 3DS launch has to offer.

Oh, and it has badass 3D lenticular cover art to boot.