Not quite as punchy on a portable

Samurai Warriors 4 was a noticeable advancement for the series, and added a number of interesting mechanics like instant character switching and more varied move sets for each character. It even solved a few common complaints on the PS4 platform, such as “not enough enemies on-screen” and the frequent slowdown problems recent entries were starting to encounter.

Unfortunately, the portable Samurai Warriors Chronicles 3 feels like a step down for the series from any perspective. 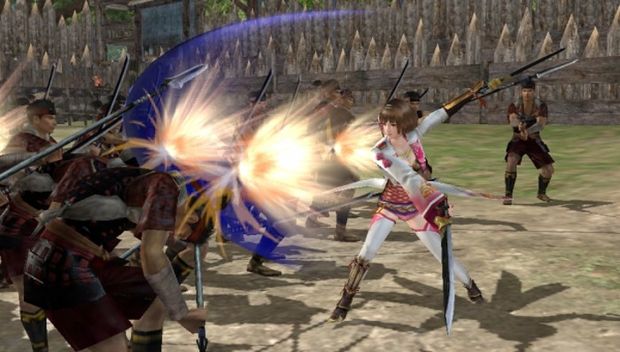 In a sense, although Chronicles 3 is a continuation of the existing Chronicles offshoot series, it actually ends up being bite-sized take on Warriors 4, but with a few twists in tow. Players will create their own warrior right off the bat and follow a more personalized story, putting them smack in the middle of famous figures like Takeda Shingen.

It’s a strategy fitting for a portable, even if it takes some liberties when it comes to gameplay. What this does is it allows Samurai newcomers to instantly acclimate themselves without having to know any background on the franchise whatsoever. Even with the last full iteration, it was tough to glean a lot of ancillary backstory about armies and characters unless you had kept up with the series.

With Chronicles you can just jump right in, and it will assist you in filling in the blanks. There’s a bit of choice involved in the pre-battle cutscenes, but it’s mainly an illusion and more of an excuse to learn more about the cast. This goes double for the story, which doesn’t really change, and is more of a predetermined narrative for your character. Having said that, the “bonding” system does allow you to unlock new scenes (and a few levels) the more you battle (or pay to drink tea) with fellow officers.

For the most part, gameplay is roughly the same: there’s your standard attacks and combo openers as well as supers. It’s fast, and despite claims of being “repetitive,” it’s still a damn fun approach to beat-’em-ups. Chronicles 3 takes things a bit further though (as it has in the past) and allows you to swap between four characters in the battlefield at will, which is better than Samurai‘s recent two-character mechanic, and a great way to always keep you in the action. Instead of running back and forth constantly, you can just switch to someone else.

The main storyline took me roughly 10 hours to complete, then it’s off to individual battles while you grind up your character and earn gold to buy new outfits. Instead of a bunch of different bonus gametypes, you’ll have a simple challenge mode at your disposal, which is basically a score attack on a timer. Most of your enjoyment will derive from grinding it out for rare weapons and fighting enemies across the span of the entire campaign all at once. It’s fun, but its appeal is definitely limited and your mileage may vary. I would have preferred more modes.

Sadly, the 3DS hardware has not been kind to Chronicles. The game looks incredibly generic, especially in comparison to the detail that was put into Samurai Warriors 4‘s new character models. You can’t even make out faces for enemy soldiers a lot of the time, much less the set pieces in the background. As a reminder, this review is based off the 3DS version (the only one that was provided), which does have the added benefit of constantly displaying the map on the bottom screen. The 3D effect enhances the experience a bit, but sadly, also contributes to some slowdown. It’s never unplayable, but it does make things worse and I don’t recommend using it. 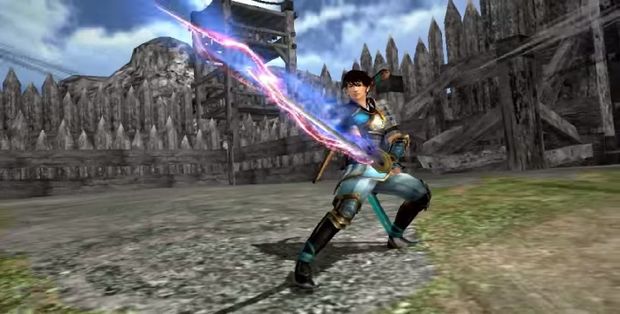 Samurai Warriors Chronicles 3 is held back by the switch to the 3DS, and I recommend just picking up the past core entry instead. In the meantime, I’ll attempt to locate a Vita version to see how it compares to Warriors 4, which was also released on the Vita earlier this year. With some of the performance issues smoothed out, this personal story would be more worth telling.