There are two kinds of people in this world: those who play Rhythm Heaven, and those who have little joy in their lives. If you find yourself in the first category, you know what you’re in for. You bought the game. You cherished the songs. You banged your DS into a wall until you willed a Perfect out of the last set of remixes.

If you find yourself in the latter category, I welcome you to the world of Rhythm Heaven — the silliest and most adorable rhythm game you’ll ever meet. Take a seat, join the club, and learn how to find the perfect “flow” to live true happiness — and in tandem experience the most blissful frustration in your life. 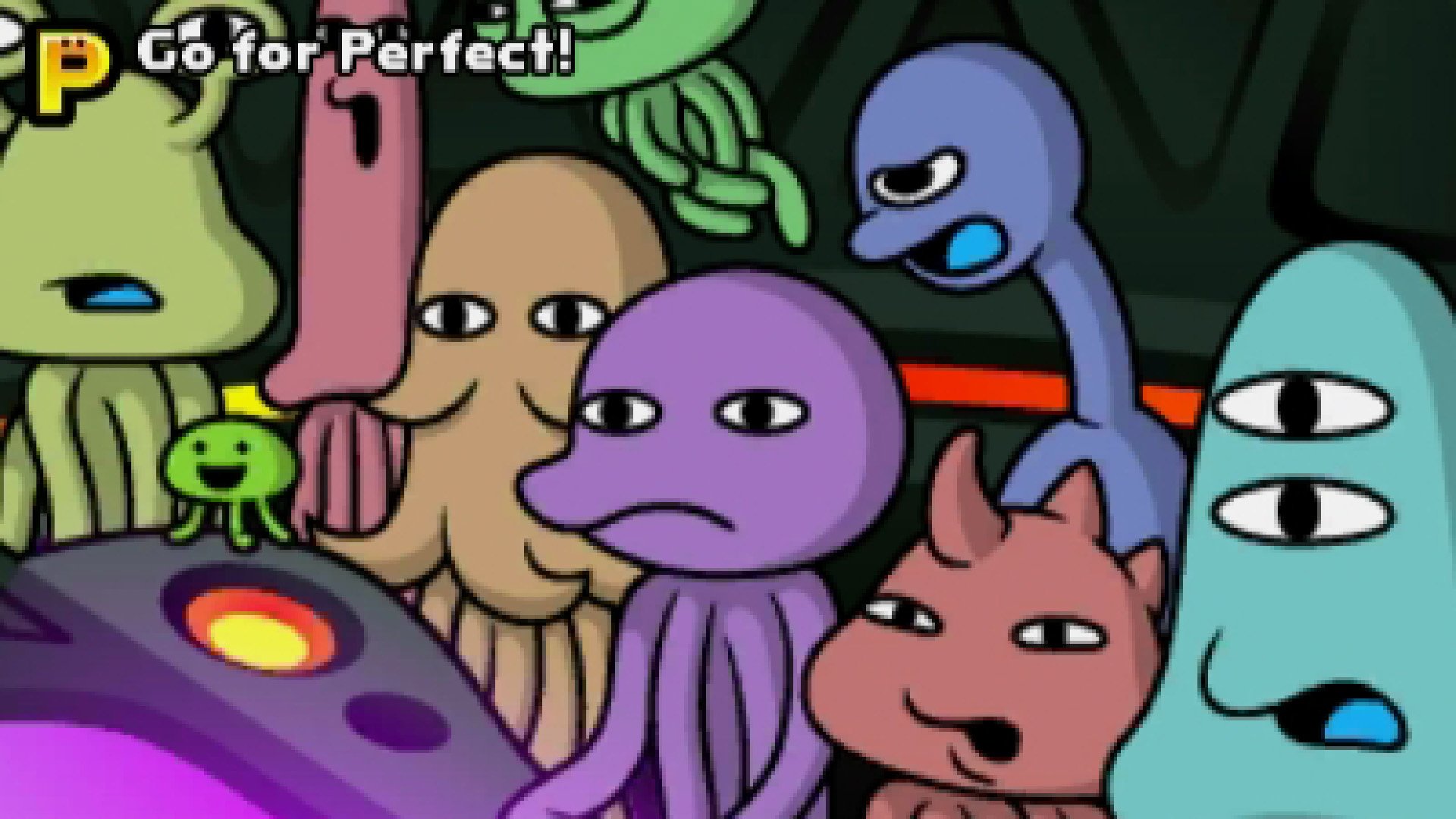 For the first time ever, Rhythm Heaven has a story. We follow an adorable afro’d creature named Tibby on a quest to reach his home of Heaven World. To get there, he has to help others with their “flow” — an innate energy that is indescribable — but between you and me, it’s just a sense of rhythm. Each area Tibby makes it through contains mini-games and a character in need of “flow” to help fix something in their lives — a barber who wishes to run a real haircuttery, a manic witch obsessed with hatching a bird egg, a woman in a donut costume in need of more donuts in her life…you get the picture.

The game varieties are a mix of old and new, ranging from classic Rhythm Heaven fare to brand new content, and some spin-offs in between (hence its Megamix name). Gameplay functions pretty much the same as other installments. It starts off with a brief lesson in how the beats are structured and throws you into a silly rhythm mini-game with your newly-gained knowledge. At the end you’re given a final number score based off your performance, anywhere from 0 (try again) to 100 (superb). 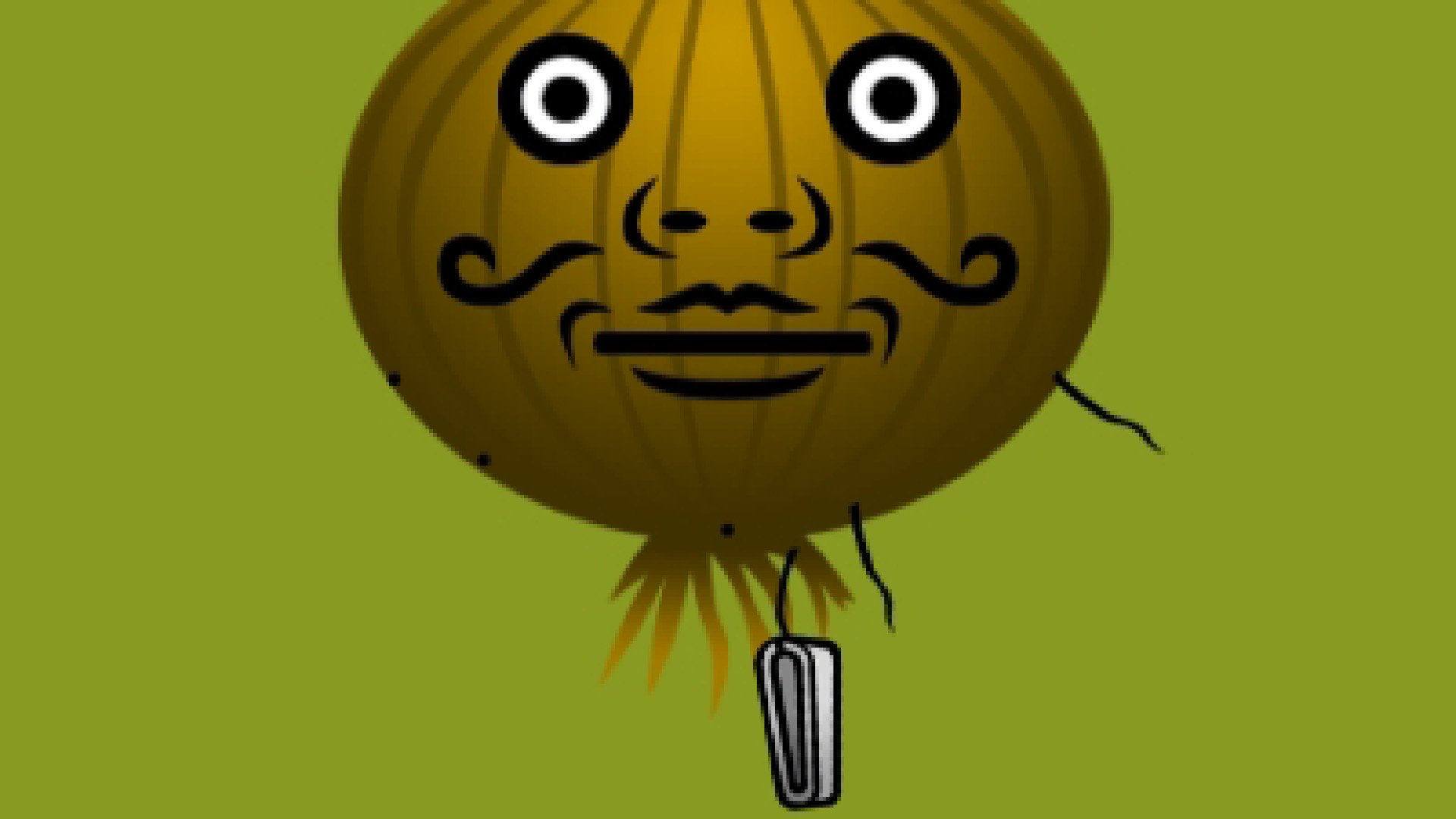 Coins are granted based on how well you do in each mini-game. The more perfect you are, the more coins you collect, which are used for a variety of in-game bonus content. Whereas in previous Rhythm Heaven installments you were rewarded for either “superb-ing” or “perfecting” a mini-game, Megamix rewards players for just…playing the game. Even if you’re a complete failure you can manage to rack up a single coin.

There is an immense amount of content, so much so that when I thought it was over the game had actually just begun. The first set of games — around 24 — are shorter, easier warm-ups before the real challenges come into play. Eventually, the games start to become longer and more complicated, requiring much more finesse to complete. Remixes eventually begin to appear — the beloved culmination of four mini-games in one, remixed to a different beat. 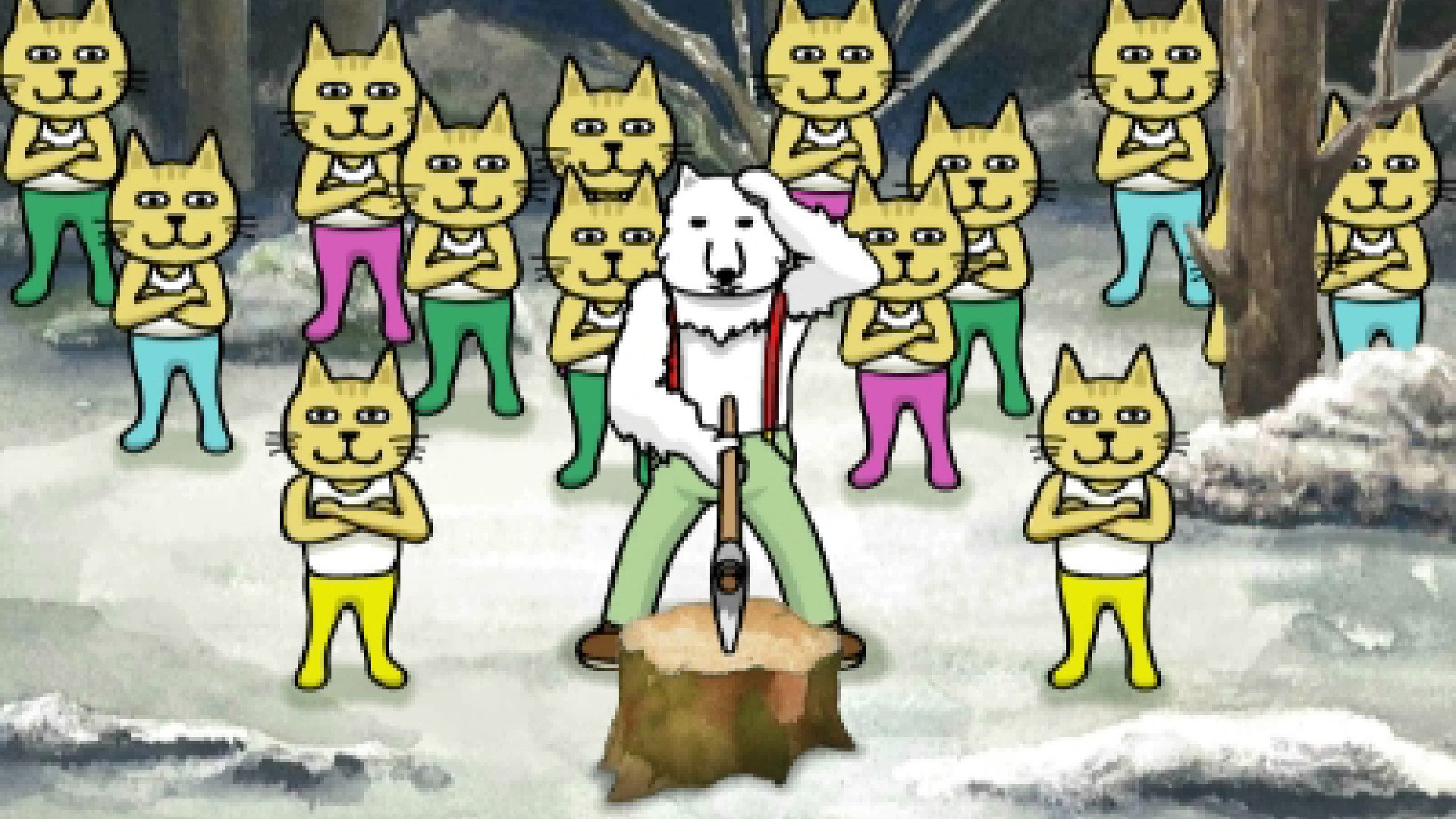 The new games featured in Megamix are delightful. One of my favorites is playing an astronaut translating a martian’s excitement to meet the people of Earth. Other highlights include a game where you chop firewood for weird yoga cats, and one where you dance the tango with a robot. The remixes, however, seem slightly lackluster compared with Rhythm Heaven Fever — but it didn’t bother me too much as I was so focused on the fact that I had almost every Rhythm Heaven game in existence at my fingertips. Of course in true Rhythm Heaven fashion, the game only allows you to “perfect” a mini-game when it tells you that you can — aka you can’t just go about getting that badge on your own time.

One of the best features of Megamix is the bonus content, mainly the beloved cafe featuring a barista who occasionally talks to you about your coffee preferences and other nonsensical happenings. The cafe also hosts a StreetPass corner, a shop, a museum, and a goat that you can feed turnips to pachinko-style. Mementos and other collectables can be bought in the in-game shop, including vintage Rhythm Heaven games that didn’t make the cut. Almost everything can be bought with “Flow balls,” which are won via completing challenges solo or in local multiplayer. 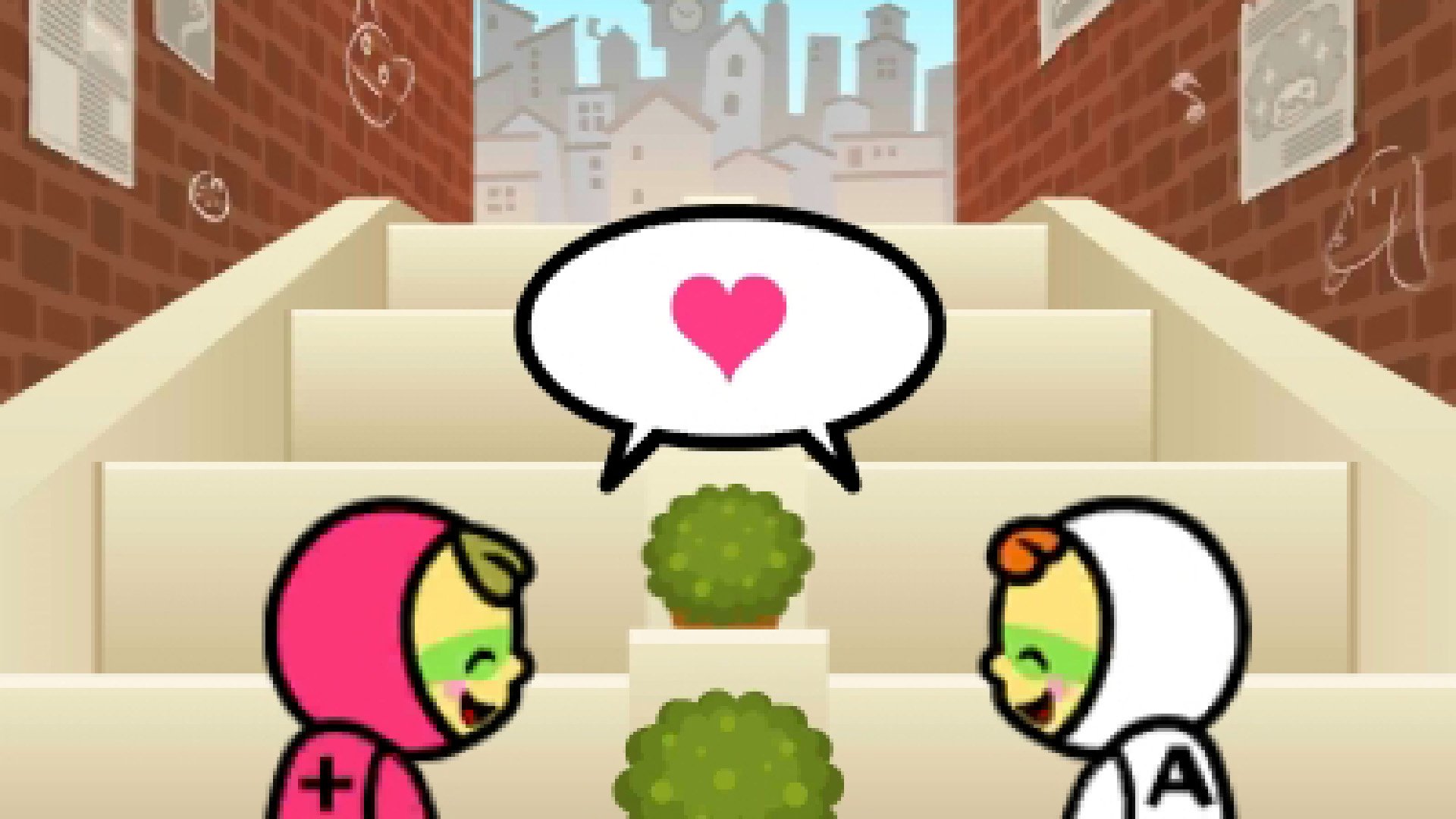 Megamix adds a few snazzy touches that make the experience smoother and more palatable from previous installments. For example, if you mess up too much in the tutorials (as I did quite a few times embarrassingly), the game will show you exactly which buttons you need to press, with a little beat monitor at the bottom of the screen to help you keep time. Also, if you’re repeatedly bad at some of the challenges — or in kinder words, too adventurous with the difficulty levels — it sometimes gives you a free pass to move forward (but you will most definitely not move forward from the shame of your failure). Probably the best feature of all is the ability to switch between Japanese and English versions of the songs, which fans will appreciate.

Thankfully, Rhythm Heaven Megamix doesn’t force you into using the touch-screen, but if you’re a fan of that method you can change from using buttons in the settings. The second screen at the bottom is utilized as a timing mechanism and shows a pinpoint of how close you are to hitting the perfect beat via a little firework icon. Occasionally, a “skill star” will grace the bottom screen which can net you a bonus coin as well if hit perfectly. This is both an extremely helpful and stressful feature at the same time since it’s keeping you hyper aware of how well you’re doing on every single beat. 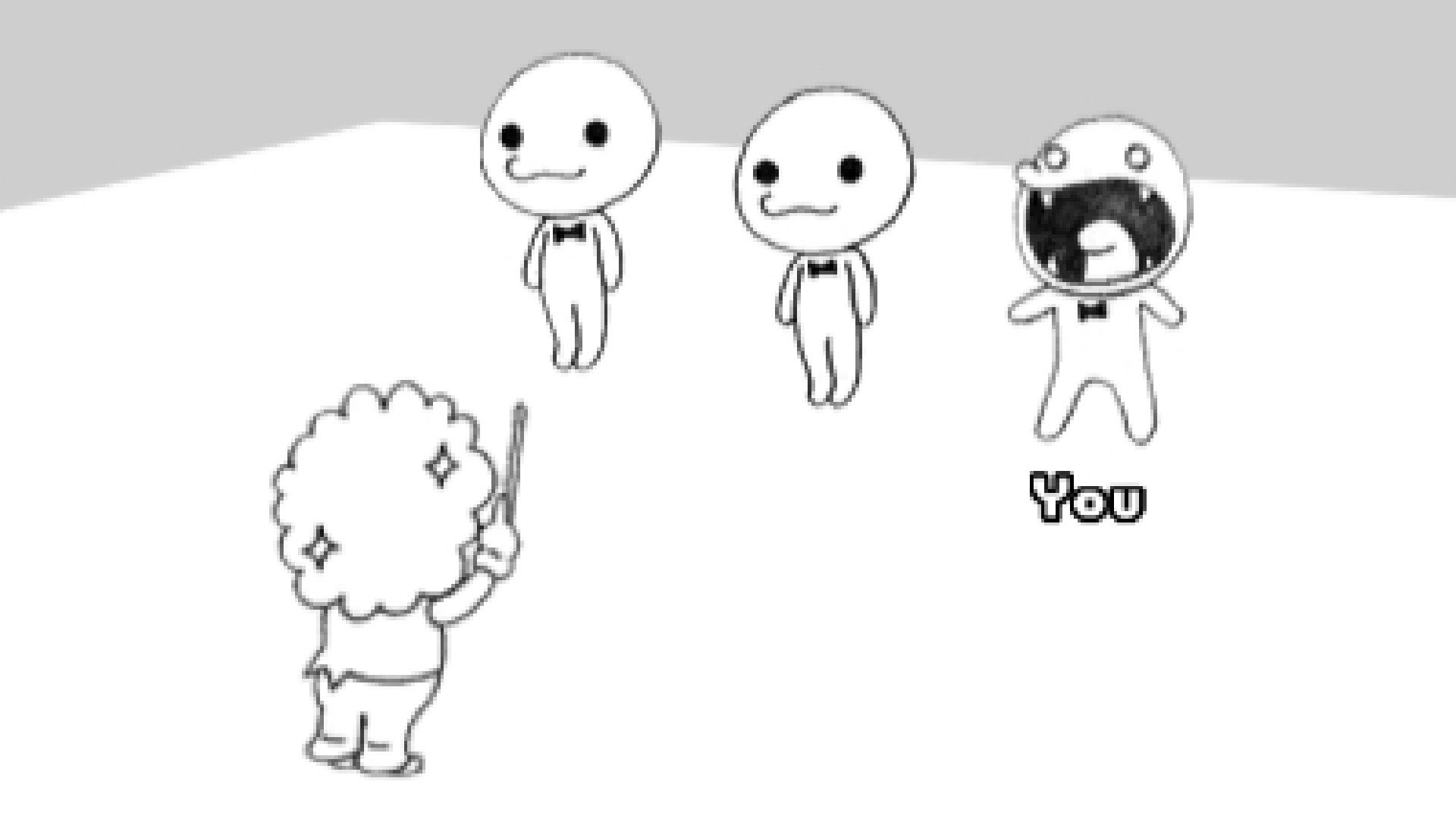 Although I appreciate the fine-tuning done to Megamix, I couldn’t help but feel a bit weirded out by a few of the new features, namely the timing screen and the numerical scoring at the end of each game. I kind of miss the days of simple one-word measurements and not really knowing how close I was to failing or succeeding — in a sense it pushed me to do better when I couldn’t really see how bad I was doing. I can’t blame them for wanting to provide more transparency into a player’s success (or failure), but I also can’t help but feel that it adds a tad more stress to the experience as well.

Regardless, I really enjoyed this installment of Rhythm Heaven — the lighthearted story and silly characters gave it even more charm than its predecessors, and I reveled in its dopiness. I didn’t even mind playing through the old games I had conquered many a time previously. Similar to Katamari Damacy, WarioWare, and other inane Japanese creations, the heart of these games are really in their core, catchy repeatable gameplay. You will laugh, you will cry, you will perfect, you will try again — but most of all, you will find heavenly flow.