The more I think about Pokemon Sun & Moon, the more I realize it might be my favorite generation. That’s a contentious statement I know, given how many people found their faults in it (which is the same with any given generation, especially X & Y as of late), but even playing through it three times now I’m still happy to see these characters.

I’m speaking of course of Ultra Moon, the semi-sequel/follow-up to the original pair of games that launched roughly a year ago.

[Given that we’ve talked at length about the mechanics of this generation in our reviews for Sun and Moon, this review will primarily focus on the changes for Ultra.]

The best way to describe the Ultra games is “slightly different.” Ultra Moon is not a full-on sequel, but it’s not just a “re-release with a few extra Pokemon” either . You still wake up in your home where you live with your mom, and are greeted by Professor Kukui and his Rockruff. But instead of running straight into the fray with no Pokemon in hand and then eventually battling Hau, you’ll get your starter in the first few minutes — little things like that. Nebby is still going to get harassed on the bridge, your little crew will form, and the journey kicks off in relatively the same way it does in the pair of originals.

Really, what you’re getting campaign-wise is the similar “I wanna be the very best and help my friends” adventure with various cherries on top, and some interludes that funnel into the Ultra Space universe endgame — it’s a welcome divergence, as the OG pair didn’t really give us enough actual time in there (it kind of just brought the threat to Alola). Plus I actually dig Necrozma, the ultimate Legendary from the base game that returns as a mascot with several different forms, so I was curious to delve deeper into its origins, which influence the foundations of the Pokemon world itself much like Arceus in the fourth generation.

Keep in mind these new arcs don’t blossom until very late in the story, so don’t expect them to power you along if you didn’t like the trial/Kahuna framework in the original. While I won’t spoil much there is a fairly large emphasis on Ultra Space, complete with its own Gummi Ship-esque travel minigame. Game Freak does good work when it comes to easing you in, too, as the Ultra Recon Squad (read: wormhole experts) make an appearance early so you aren’t completely lost..

While there are a few big arcs and an expanded endgame, the way most of these work is through little side areas that didn’t exist before. A small beach, a cave you may not have noticed in the past, things like that. All of these new storylines will sort of build and build and then reach their payoff. Or, you might go for a bit of light surfing (which is its own Tony Hawk style minigame with tricks and a score meter) and a quick photo shoot for 15 minutes instead of leaving the first island directly after a trial. Or you might take a quick break to go sticker (collectible) hunting with Samson Oak.

Minor upgrades include new Z-Moves (which serve to provide a little more spice for individual Pokemon like Lycanroc, but aren’t a big add), several gimmicks like the “Roto Loto” (where you can sometimes spin your living Pokedex for ancillary items), and some new creatures, forms, legendaries, and Ultra Beasts. It’s…enough for you to go “oh, I don’t remember this happening” without feeling like a completely different generation.

Given that nearly everything else, from the UI to the general flow is the same, that cloying sense of nostalgia doesn’t  necessarily work in its favor. Although I love that this cast is given so many chances to shine with more dialogue than nearly any other Pokemon game, the “stop and go” nature of the tutorials is just as grating in the Ultra series. I could really go for a “veteran” option where you could skip cutscenes or at least hurry things along, but given the slight differences in some scenes the development team probably opted to exclude it. 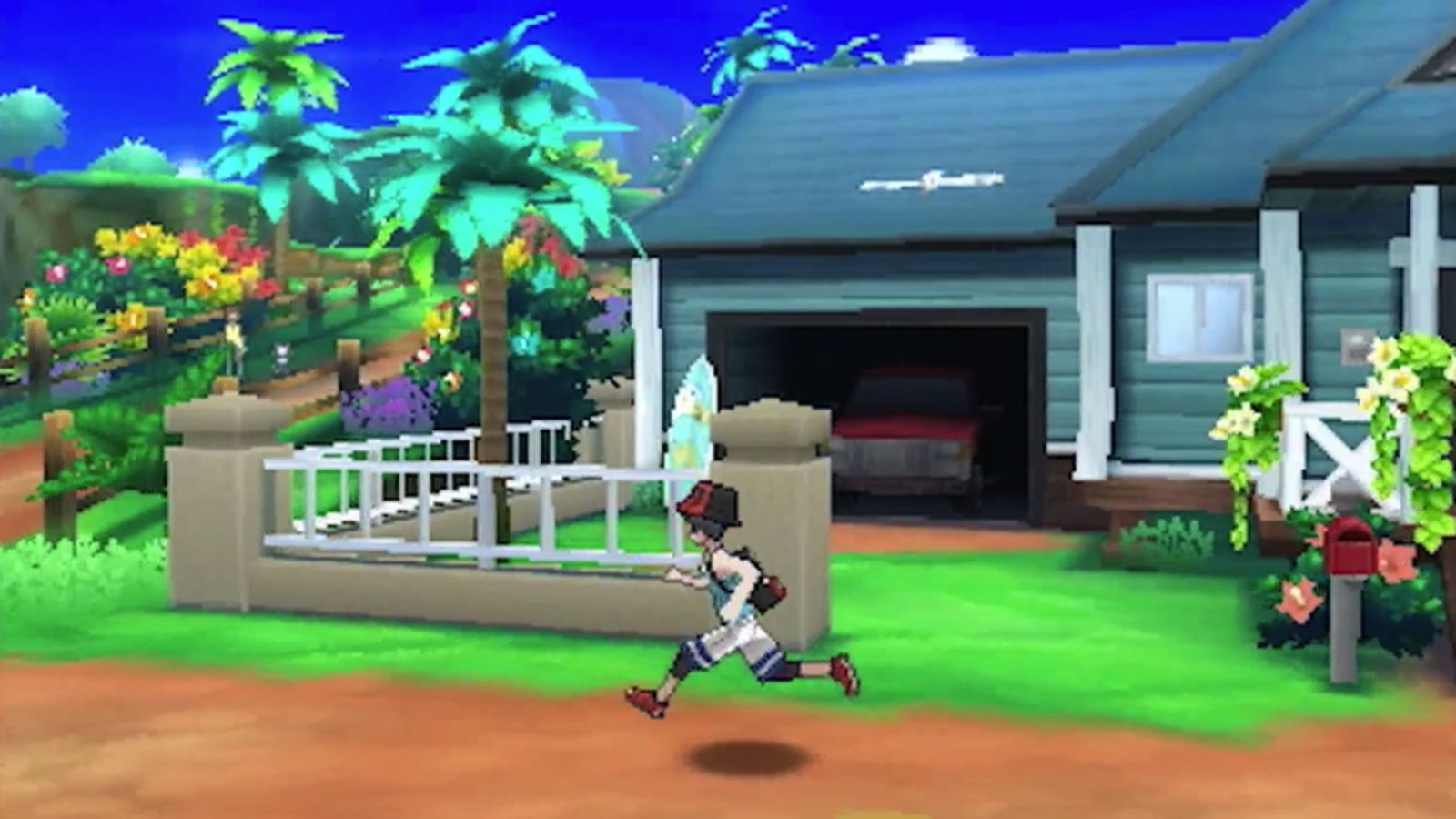 Game Freak also had the opportunity to spruce up some of the game’s duller moments, like several of the dud trials, and they didn’t. For those that never played Sun & Moon, trials are the stand-ins for “Gym Badge Challenges,” and vary immensely when it comes to design quality. A few are improved in the sense that they have newer Totem (boss) Pokemon that make more sense (and one has a neat little extra puzzle), but for the most part, the actual process of getting through the trials consists of walking from point A to point B.

I already got my fill of Pokemon Sun & Moon, as you can clearly see from my completed ‘dex, but that didn’t stop me from reliving it all over again with Ultra. Just keep in mind that if you’re hoping that the entire “leveling process” is going to be different this time, and that you’ll be entering a completely brave, new world — you’re going to be disappointed.