Aha, I got a Lunala

Even though the “reading under the covers” stereotype sounds like it belongs in the movies, that’s what I did with Pokemon Red with a Game Boy snake light growing up. Throughout the years as I grew, Pokemon mostly stayed the same — a testament to its staying power and its slow creep of staleness. Granted I’ve enjoyed each entry in its own way, but they’re not all created equal. Some of them just gave us more of what we craved, but others provided enhancements we didn’t even know we wanted.

Pokemon Moon doesn’t go too crazy in the latter department, but it takes all of the strides X & Y made and goes a little further. 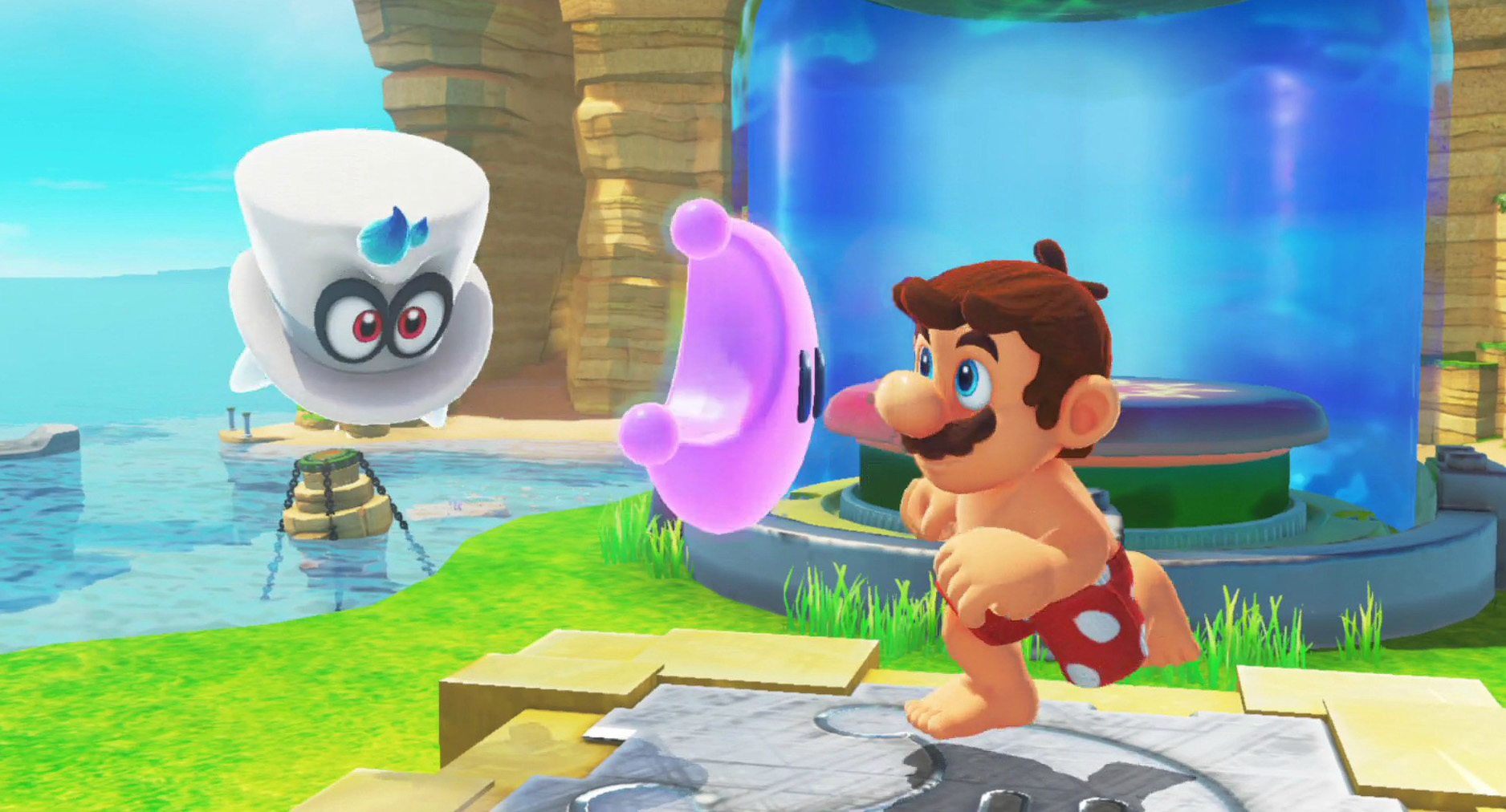 [Also check out our review of Pokémon Sun.]

Having been to Hawaii before, I was jazzed to see it represented in the form of Alola, and I really think Game Freak did it right. Not only is it a new and captivating setting that manages to mix in both eastern and western sensibilities (both culturally and in terms of its architecture), but it’s also just so damn charming and upbeat.

Right from the jump I was on board with Professor Kukui, the game’s new Oak, and the rest of the cast kind of just fell into place. It gets a little too hand-holdy and preachy sometimes, but in that vein, it really did feel like I was experiencing an entire season of the anime. Take that for what you will, as you’ll need to wade through all of that to get to the hardcore number crunching if you loathe the show, but I liked the change of pace. That’s mostly because Sun & Moon has a way of making you feel special in a way its predecessors really haven’t.

It’s the little things like Kukui giving you an “exclusive” living Rotom Pokedex that made me smile. Then there’s the mixups with the general flow of the critical path — gyms are now island trials, and trial leaders can be tough “Totem Pokemon” that can call in reinforcements to make it a 2v1 fight. There’s still “Kahuna” battles occasionally that amount to gym battles, but trials can involve exploration and light puzzle solving before a boss. The operative word here is “light” as many of them are far too simplistic (they need to go way harder next time in an attempt to make some of the weaker trials more interesting), but the effort is appreciated and by no means are any of them poorly designed.

While the interactions and the locales were fun, the world-ending narrative really wasn’t. I won’t spoil too much but it once again deals with an impending threat with some obvious twists and turns, and Team Skull, effectively the Team Rocket of Sun & Moon, is laughably bad at times. I like how a lot of the antagonistic clans from past games were legitimately insidious, but Skull is played off as a black sheep gang of sorts, and it never really pays off. The whole “yo yo yo, dawg” dialogue doesn’t really help their case either.

But as usual, I was always excited to move on and see what was next. Whether it was the promise of a new Pokemon or the chance to see another area, I spent several late nights above covers playing (you’re not my dad). And speaking of traveling, it’s a lot more convienent now. No longer do you need a mule to load HMs onto to get around — everything is done through “ride pagers” with set creatures, like Charizard for flying and Tauros for general riding.

The kicker is it’s not limited to certain areas like Gogoat riding in X & Y, as you can essentially call your rides anywhere on the map as long as you’re outdoors. A lot of you that don’t play Pokemon are probably groaning at this long overdue “feature,” but it’s there now, and I hope it stays. Flying around really helps obfuscate the new setup too, as you’re not technically walking through one giant world, but four large islands and a smaller man-made structure in the sea. Initially it feels like the game is too linear, but over time when you’re constantly getting poked into going back to old areas with new powers, it feels more expansive.

The nuts and bolts are altered as well, with better box management tools, detailed new creature models, the 1v1v1 “Battle Royal” style matches, and of course, several lengthy endgame questlines and additional legendaries to find. And unlike several other games in the series, the world doesn’t feel like it’s on pause after the credits roll. Alola is more alive than nearly any other region, and there’s constant (but not overdone) references to other zones and important characters that make you feel like it actually belongs. Although I really loved the Kalos region last generation, it did feel more isolated than I’d like.

When you get down to it though this is still that same turn-based Pokemon from 20 years ago, and in the face of competition, some of that tried-and-true wallpaper is starting to peel. The combat system needs a bigger mixup next time around, as Z-Moves don’t really cut it and don’t feel as impactful as Mega Evolutions. It’s not that they’re bad or gamebreaking per se, they just feel…there. The strict rule of only getting to use one Z-Move per battle (across your entire party) is such a bummer, especially if you’ve seen it 50 times already and have your battle animations turned off.

You get the sense that it was almost made to hawk that plastic ring that goes on sale later this month to kids, because halfway through the adventure I kind of forgot they were there because Z-Powers take up an item slot, and are earned bit by bit through trial completions in addition to their “once per battle” guideline. I found myself choosing between useful items, berries, and Z-Powers, and in some cases (read: five out of six party members), I chucked the idea entirely. 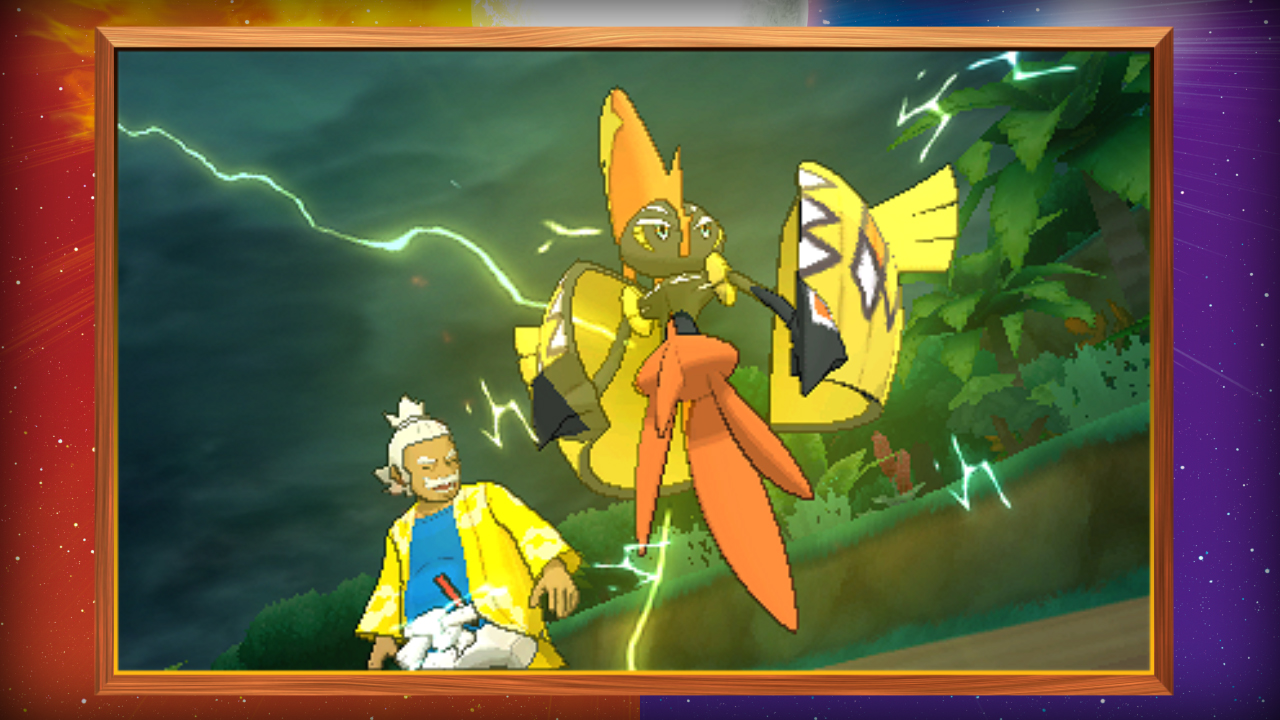 But for every issue I found with Pokemon Moon, whether it was an old problem that just caught up with the series or something new — I found solace in the indomitable likability of a cast member, or the thrill of finding another party member that I would battle with for years to come. I’m already seeing myself playing for several hundred hours before the end of 2016, and I haven’t even fully experienced all of the online features yet. Such is the power of Pokemon, and I hope we get to see Alola’s influences linger as Game Freak gears up for its next adventure.