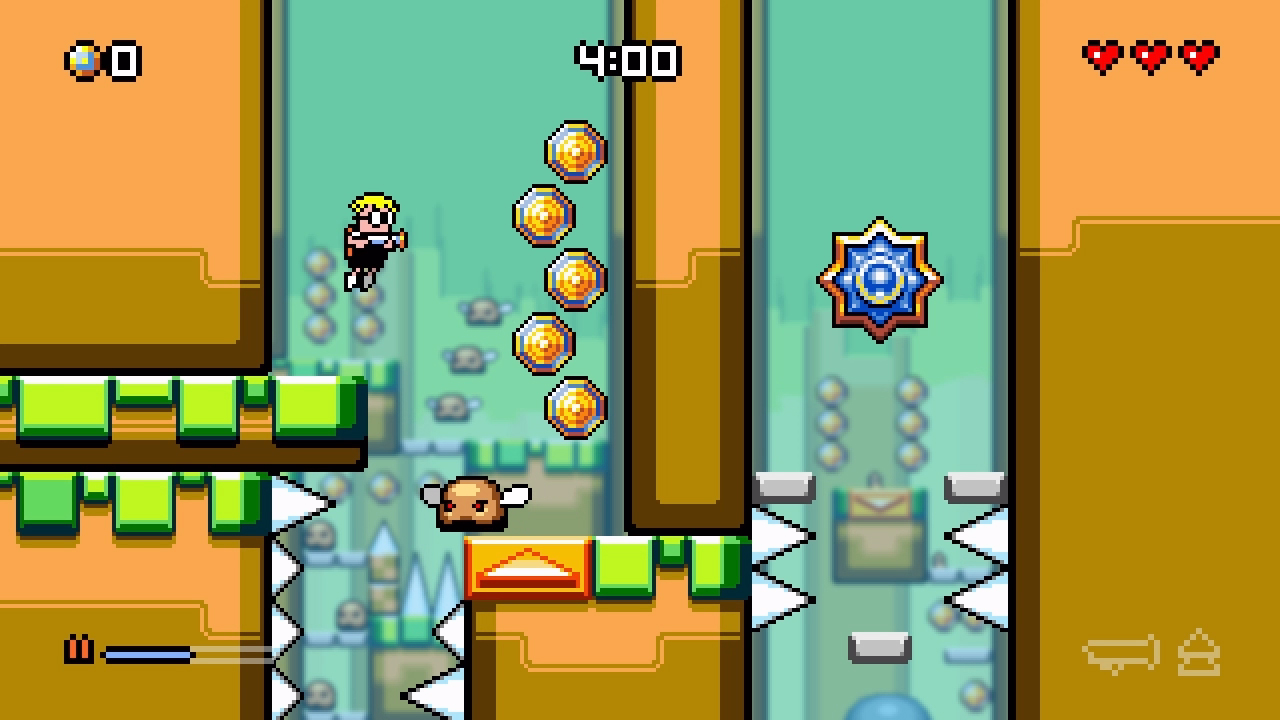 Mutant Mudds is a criminally underrated series. I’ve heard all the criticisms, but to me, it perfectly summarizes the “less is more” design that is still very much viable and welcome in the current era of complexity. Everything it does, it does it cleanly, and offers up a fair and uncompromising challenge to boot.

Mutant Mudds Super Challenge is basically a full-on sequel, expanding upon the already packed-in Deluxe version. And it’s just as good as the original. 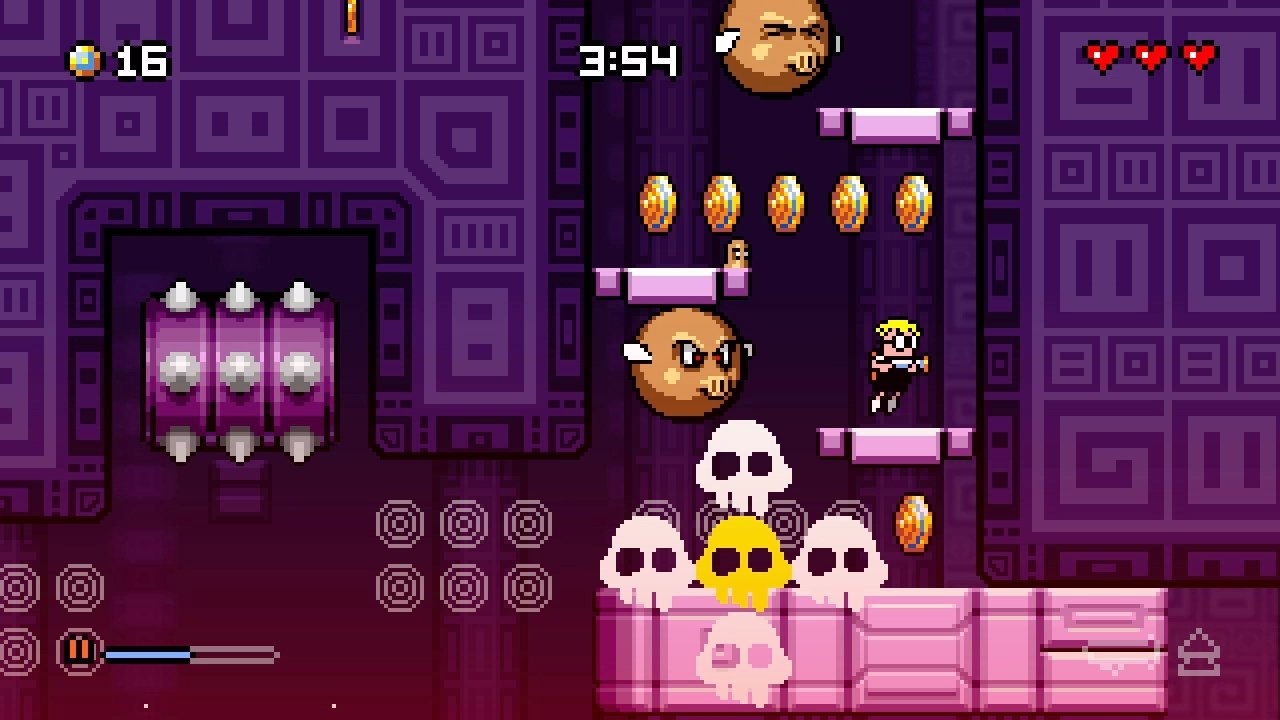 Our protagonist Max returns in full force to fight the evil Mudd creatures (this time with a secret base) and the story is just as minimal as it’s always been. A lot of things are minimal actually, as everything is ostensibly the same. I’m okay with that. Max can still jump, hover, and shoot as he makes his away across multiple 2D landscapes, which are augmented by backgrounds and foregrounds, which you’ll transition to and fro frequently. You can also opt to upgrade your damage, hover time, or vertical leap, slightly altering the way some levels are approached.

But don’t get it twisted — despite the relative level of familiarity, the first stage assumes you already know a lot about the series and how its various mechanics work. From minute one, you’ll have to deal with quick hover canceling, firing at enemies while moving forward above hazardous acid, and those annoying-as-hell sword and shield enemies. Individual stages may incorporate up to five or more different concepts, in fact, like spike dodging, ice physics tempering, and so on.

Now, merely completing levels will be more of a struggle, much less earning all of the bonuses, like collecting every individual token in each stage. As always, I love the concept of letting you keep previously acquired collectibles after completing a map, as it gives you more of an incentive to replay old stages without it feeling like a slog. Bonus interludes that pay homage to classic visual styles of old like the Virtual Boy and hidden soundtrack discs are back too, much to my delight.

Masochists will feel right at home. There are some brutal sections, filled to the brim with spikes, pits, and enemies. It’s not just haphazardly done though, as care was put into nearly every placement. You also get a wide view of the screen, and any given jump can usually be calculated or planned, so you aren’t going to get any “gotcha” surprises. Optional mid-level checkpoints are also a go, so you won’t be throwing your GamePad (or 3DS) at the screen that often.

Speaking of the differences, the 3D effect of Nintendo’s portable is muted, but effective, and the Wii U version of course allows for Off-TV play — other than that, there’s really no differences between them, and the game even supports Cross-Buy (a code is given to you for the opposite system when you buy it on the eShop). Challenge will vex players with over 40 new levels, some of which have ghost enemies from Deluxe (which need a special ghost buster power-up to defeat) mixed in for good measure. There’s also several boss fights that are more like puzzles — think the Dragon God in Demon’s Souls — and 20 secret characters to unlock (with are basically skins, mind).

If you’re interested in a modern classic that’s both a loving retro homage and a cleverly design platformer, go ahead and give Mutant Mudds Deluxe a go first to see if it’s your thing. If so, picking up Super Challenge wouldn’t be a bad idea, because while it doesn’t wildly alter the formula, it complements the series in an honorable way.