Mother of god this is pretentious

Would you like to play a game? Well, it’s a puzzle really. It starts with Mother and Him. They are set in their home, and set upon by strangers. Only one at first, but then two, four, a grieving, boisterous entourage, a cult. All of civilization. This film starts out playful and creepy enough, before taking a deep dive into extended metaphors and biblical allusions, amongst a growing, seething crowd of ne’er-do-wells. Depending on your what you’ve eaten, and what you’ve consumed lately, Mother! might be a ripe piece of film, or a bloody, decaying carcass for you to rip to shreds and laugh at.

Whatever your take on this film is, one thing remains true: This is not a film for everyone

Mother! is one of the most divisive movies to come out since Ghostbusters last year (okay, it’s not actually that divisive.) This film is so far up its own ass with its religious symbolism that at times it can be a little bit much. Not because it’s difficult to pick apart, though depending on your familiarity with biblical stories, it very well could prove challenging, but due to the blunt instrument that is Darren Aronofsky’s storytelling, which he uses to bash your head against the wall again and again. There’s hardly any room to breathe, no time to form your own conclusions before the meaning is beaten into you once again. While I’m sure that was intentional by the director, I mean, Aronofsky penned the screenplay for Mother! in only five days, it has the unintended effect of creating this notion of pretentiousness amongst the audience. Aronofsky piles the symbolism right on top of the womanhood-story, and sure, it works. It functions. But only just so, and the weight of that blunt storytelling threatens to break the film apart.

But that isn’t to say Mother! doesn’t have its moments; it does. Once you do get a moment to catch your breath (probably right after the movie finishes) piecing together the events that transpired and the meaning behind them is fun. This movie is meant to be seen multiple times (the structured beginning and end heavily imply this), and in the following weeks, I’m sure there will be scads of impressions and analysis floating across the internet about the biblical allusions and the commentary on the patriarchal nature of Christianity. There are several ideas infused into the film, ones that are self-evident after finishing your first watch, and figuring out the exact meaning is part of the fun. Mother! throws a lot at the audience, but it’s attached to a few themes and concepts that most audience members should be able to follow. 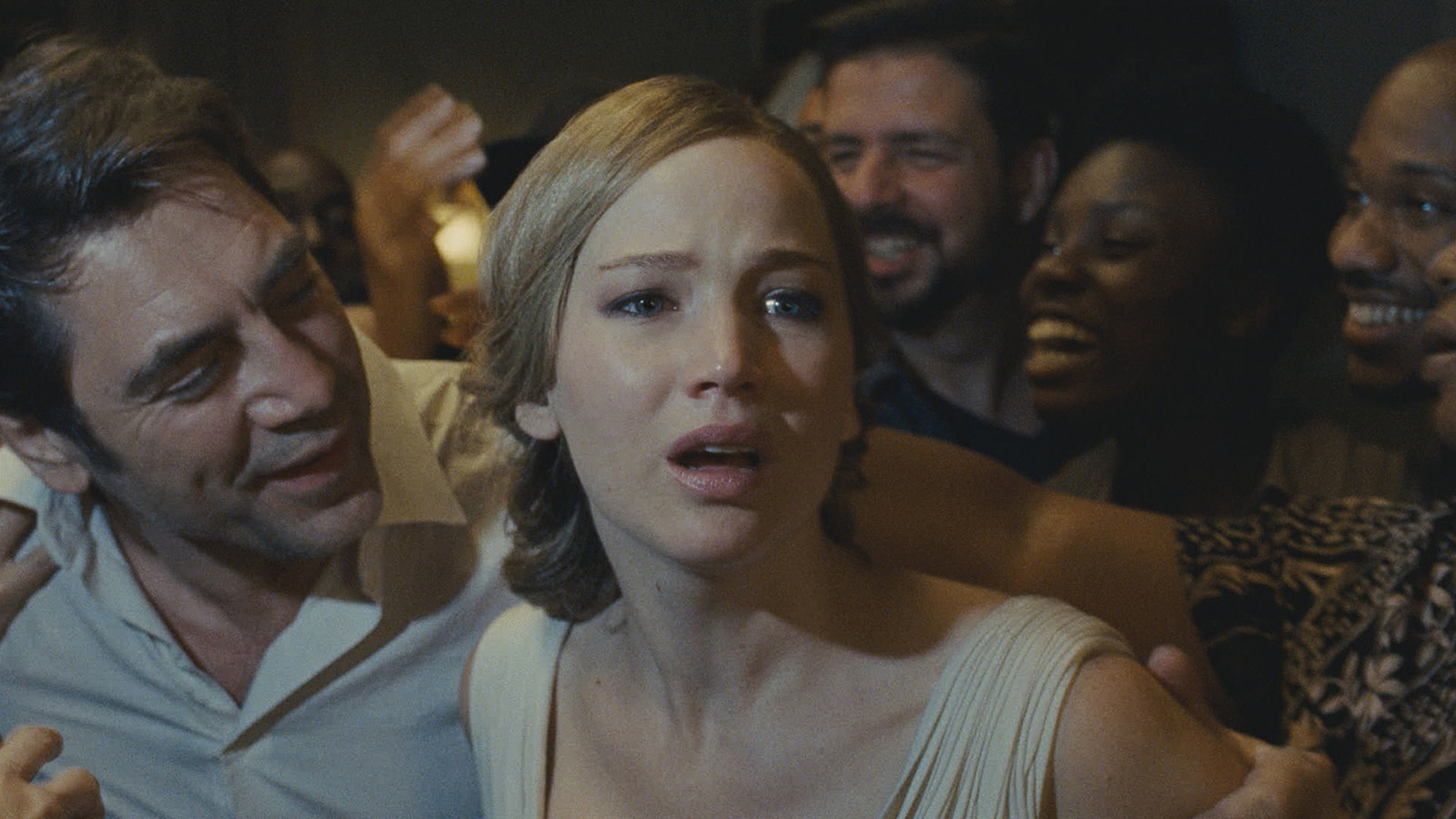 However, there’s a fear I have about re-watching this movie: the story. Because outside of the interesting premise and some shocking, graphic imagery, there isn’t anything to latch onto once you’ve seen the credits roll. The plot isn’t very enjoyable, and it feels like Aronofsky was so caught up in what he wanted to say, he put the cart in front of the horse, forgetting to craft a captivating story to go along with the theme. Characters aren’t characters, they’re symbols. What do they do? Well, they deliver a message, dressed in plausible enough dialogue, but it’s all so self-serving. On its surface, it comes across as creepy. Maybe that was the point. But, unfortunately for Aronofsky, audiences don’t just want weird and creepy, they want something to latch onto. Strange, Aronofsky has created characters we can empathize with before, like in Black Swan, a film with both great thematic elements and symbolism delivered through a compelling character story. But with Mother! it’s a story bending under the collective weight of the symbols, and the lofty religious imagery, for no exceptional reason.

The filmmaking itself is top-notch, however. All of Aronofsky’s work has had great production quality in the past, and this is no different. Some shots are particularly beautiful to be sure, and the way the camera follows our protagonist around the house is particularly claustrophobic, creating a layer of suspense at all times. The viewer is experiencing the strange, surreal events with the titular Mother, whether they like it or not, as the camera refuses to let her out of its sight. Even more exceptional than the camera work is the sound design. The setting becomes a character in Mother! alongside our tortured couple and their unwanted guests, largely because of the convincing noises that echo across the halls. Doors open and close with an intense force of sound, almost as if sealing themselves away from all outside contact. The house creaks, bends and shivers with authenticity. The cacophony of noise that emanates from certain places brings the tension to height rarely experienced in any film. The filmmaking in Mother! is its saving grace, and elevates it to a place it could not reach with its storytelling and theme alone. 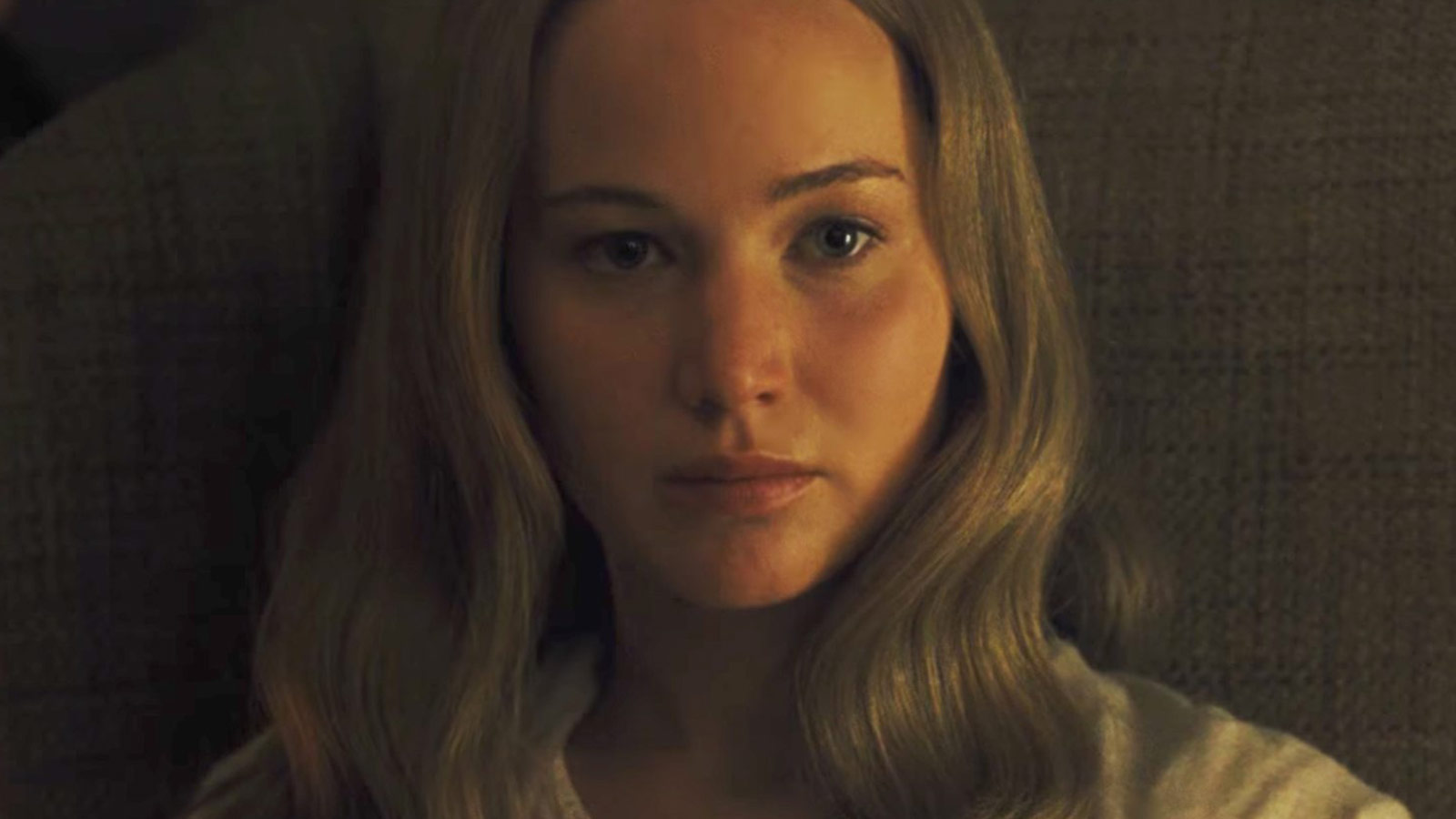 Still, your enjoyment of a film like Mother! is hard to place. It’s a cumbersome, blunt movie that doesn’t stop for anyone and doesn’t have a strong emotional through-line. Picking apart the meaning is fun, but the road to getting there might give you whiplash and make you sick. Everything is in service of the biblical narrative, and with Aronofsky’s clunky execution of the story, I’d recommend tempering your interest before giving this film a shot.