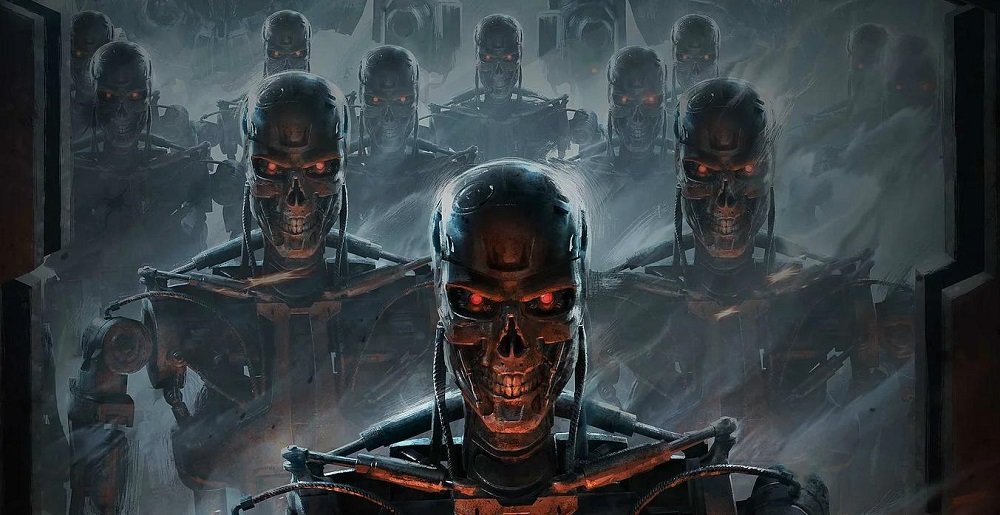 You won’t be back

In the wake of the poor box office for Terminator: Dark Fate – a film that is struggling to draw audiences despite the return of stars Arnold Schwarzenegger and Linda Hamilton, as well as producer James Cameron – it appears that the inevitable may have to be faced: Terminator, as a franchise, can’t re-capture the blockbuster quality of its formative years.

Whilst 1984’s The Terminator and 1991’s Terminator 2: Judgement Day both remain outstanding films today, decades after their initial release, the sci-fi franchise continues to stumble from bad to worse – playing games with its lore, breaking universe-rules, and creating a head-scratching cat’s cradle of a timeline. While appearances of the Terminator (such as in NetherRealm’s Mortal Kombat 11) still generates hype, the fallout from hit-and-miss comics, TV series, and video games has contributed to years of Terminator projects that can’t hold a Phase Plasma Rifle to the cinematic masterpieces that started it all.

And Terminator: Resistance – Reef Entertainment’s new first-person shooter set in this iconic apocalyptic universe – is unfortunately one more disappointing venture in a franchise that repeatedly fails to rise from the ashes of the nuclear fire.

At first glance, Terminator: Resistance presents itself as a post-apocalyptic open-world adventure, but in actuality is more of a standard mission-based shooter bouncing between multiple smaller open locations. Set in 2038, just preceding the events of the first Terminator movie, players don the laser-burned fatigues of resistance fighter Pvt. Jacob Rivers, the sole survivor of an ambush that has wiped out his entire unit, a sequence denoted in the game’s opening moments.

From here, Rivers falls in with a small party of civilian survivors, who are traveling from city to city to stay ahead of the encroaching Skynet forces, known as “The Annihilation Line.” Out of both comrades and luck, Pvt. Rivers joins this ragtag party in hopes of contacting the rest of the resistance, where he can warn them of Skynet’s frightening new unit: a terminator perfectly capable of replicating a human.

This deadly mission of survival essentially consists of a sequence of generic story missions, most of which involve exploring ruined buildings, avoiding terminator patrols, performing reconnaissance, and committing acts of sabotage. At the same time, Rivers is tasked with several optional sidequests that don’t quite fit the given urgency of the Future War plotline – Remember that time Sarah Connor was tasked with shooting a bunch of barrels? Or when she faced the post-nuclear crisis of a child who had lost their chalk?

From its opening moments, Terminator: Resistance feels like a sixth-generation take on a Fallout title. With its empty, miserable world – decorated with debris and twisted steel – its rigid character models, and its blending of open combat and stealth gameplay, uncanny comparisons with Bethesda’s dystopian RPG series are immediately apparent and unavoidable. Unfortunately, Resistance features neither the engaging world design, sense of exploration, or budgetary luxuries to match.

Almost every element of Terminator: Resistance shows potential, but the game repeatedly trips over its own technical and narrative shortcomings. From storytelling to map traversal, combat to dialogue, crafting to stealth, Resistance is dated and derivative – a sort of “Greatest Hits” package of mechanics prevalent in the mid-to-late ’00s. If Resistance used these mechanics as a base with which to build its own bespoke adventure, then it might have been successful. Instead, it just copy/pastes them wholesale from games past, without adding its own flourishes, or even necessitating their inclusion.

Take for example the implementation of crafting, crate hacking, lockpicking, trading, and scavenging. One of more of these actions are performed incessantly, sometimes mere seconds apart. Not only does this get tedious, but all of the rewards cancel each other out. Who needs to trade when you can craft? Who needs to craft ammo/tools when you can hack boxes for them? Who needs to purchase pipebombs when you can find them lying around? It gets to a point where you can ignore some of these mechanics entirely, as everything you’ll ever need will come to you in abundance, one way or another. It’s this “throw everything at the wall” approach that permeates Terminator: Resistance, denying the game its own identity, making it little more than a rehash of other titles.

The addition of a solid and engaging story might have helped paste over the vanilla gameplay, but the Resistance narrative is slight in scope and lacks emotional weight. The characters are flat and tropey, with their predictable script easily manipulated by Teyon’s ambitious effort to include a “moral” dialogue system. Stale throughout, the clunky-handling of player choice comes to a head during several scenes where female characters “reward” Rivers with frightening-looking sex, just because he was really, really nice to them. We’re still not past that?

The highlights of Terminator: Resistance lie in its audio and visual effects. Potent use of light and shadow, as well as slick representation of gunfire, laser blasts, and explosions in particular are satisfyingly executed. The ominous end-of-days score is atmospheric, immersive and in keeping with the franchise’s typically bleak tone, while weapons such as the Phase Plasma Rifle perfectly replicate the memorable sounds from the Terminator movies.

The classic T-800 unit is without doubt the most impressive model in the game, and Resistance is successful (initially) in presenting the Terminator as an oppressive, terrifying foe. Unfortunately, Rivers is soon thereafter kitted out with an arsenal of powerful weaponry, as well as a quick-to-complete skill tree. By the campaign’s midpoint, stealth can take a hike entirely as Rivers proceeds to mow down battalions of Skynet’s forces with ease. John Connor should’ve sent this guy back to ’84.

Despite a modest production, Terminator: Resistance retails for $60 on consoles, which affords the player a 10-hour campaign and nothing else in the form of multiplayer, alternate modes, or extras. In today’s climate, there are far too many higher-quality, more fully-featured experiences on the market, available for the same price or much less. With a severe discount, a weekend of casual entertainment could be eked out by those willing to overlook the gameplay shortcomings and derivative design.

For a title set far into the future, Terminator: Resistance remains disappointingly locked into the past. With lackluster design, story, dialogue, AI, and combat, Terminator: Resistance is a genre example generations out of time. A full-price game offering a budget-price experience just makes it harder to recommend. No one can accuse Resistance of lacking potential, even ambition, but even the most dedicated Terminator fan should wait on a discount, or perhaps say Hasta la Vista altogether.