Monster Hunter is a beast of a series, enthralling millions worldwide with its promises of loot and adventure. Yet, it’s always been a relatively walled garden for many, filled with time-consuming grinds and esoteric endgame rules. Capcom decided to change all of that by keeping the RPG elements but streamlining it into a turn-based affair, with the added bonus of portability and amiibo support.

Monster Hunter Stories is a great first effort, but could use a little refinement if they decide to continue the subseries (which I hope they do). 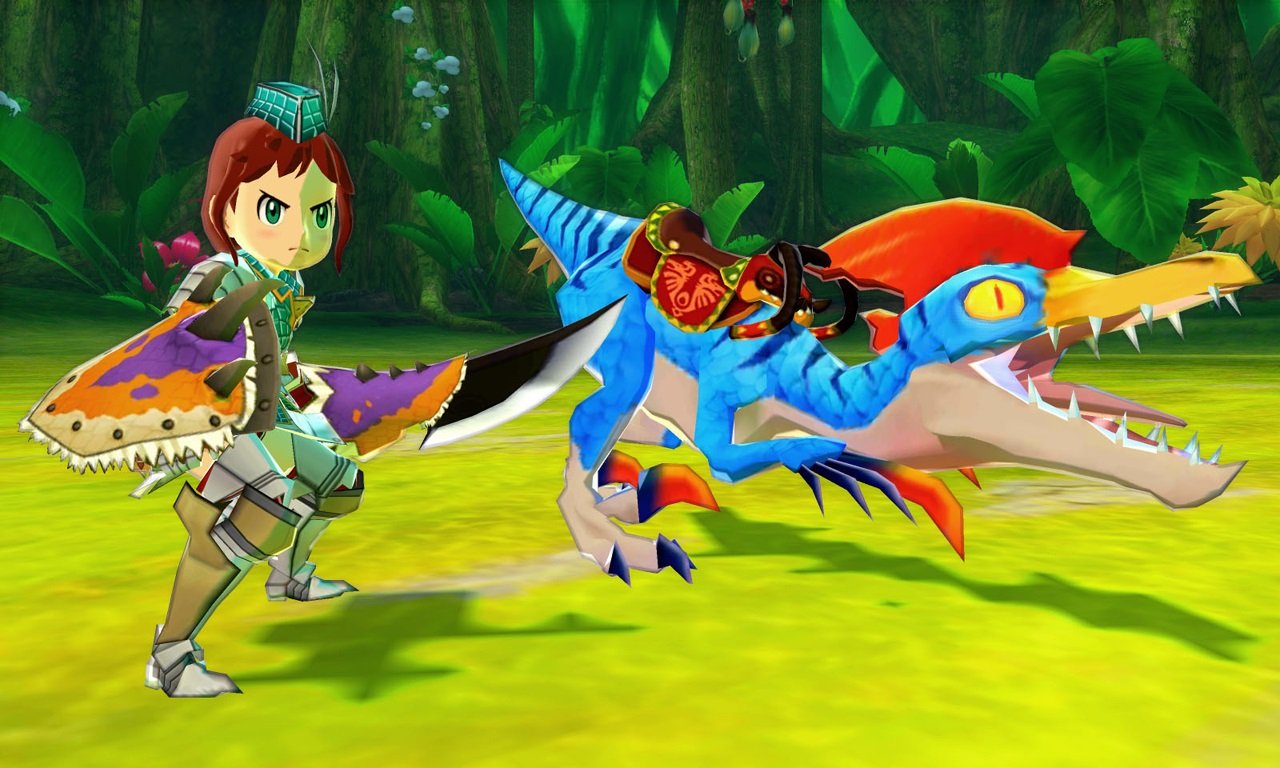 To be clear, while other Monster Hunter games are heavily rooted in RPG mechanics, Stories is a tried and true turn-based JRPG that’s less about min-maxing and dodging and more about understanding your abilities and when to use them.

Narrative-wise it’s a little more involved with its laser-focus on young hunters (riders), and an emphasis on co-existing with animals and taking them on as pets/guardians. There’s some dark moments here and there but it’s an otherwise very light tone, with vibrant environments and happy-go-lucky cast members — not into overly saccharine territory, thankfully.

As you could probably guess, the big draw is collecting new creatures, which includes all sorts of Pokémon staples like hatching and unique statlines. There’s even a concept called “Kinship Stones” that you’ll collect periodically that allow the use of better monsters, which are literally gym badges. It’s not as egregious as you’d think though. This is still Monster Hunter through and through, and Capcom still wants you to gather up tons of resources and explore as much as possible. A gathering system, mind, that’s truncated to the point where you don’t need to grind for hours just to get one piece of equipment.

Along with its JRPG dressing comes JRPG combat, and you won’t need to really think too hard here. In a rock-paper-scissors style there’s power, speed, and technical attacks that can be queued up, which have their appropriate counters. Sometimes two opposing forces will be matched up “head-to-head,” which means that if you choose the appropriate counter, it can cancel their attack.

You can control your rider, but sometimes your party members (which are generally handled by the AI) are wrapped up in a head-to-head, which is much more interesting than you’d think. Basically, in any given situation you may need to buff or heal them to keep them in the fight, adding to the tension. Now, of course it’s not ideal, and there will be battles where the dumb AI uses a debuff when the enemy has low enough HP to die in the next hit. But it works for Monster Hunter Stories.

It really is just a chill RPG that doesn’t aim to defy your expectations. Combat doesn’t have a whole lot of depth and you’ll probably pick up on it in a few hours, tops, but the idea of just living in the world is what kept me playing. The token Felyne companion is cute, and there’s plenty of hilarious or just plain weird moments, like when your village nearly forces you to pray to a creepy-ass pot for good luck. The world of Monster Hunter is rife for spinoffs and it shows.

In a welcome change of pace, Stories features full, non-invasive 3D support. Even with the effect on everything looks a little dated, but charming all the same. The visuals as a whole kind of paint a favorable picture of the 3DS on a macro level, and reminded me that yes, the 3DS still has a place even as the hardware continues to age (I’m counting the advancements with the “New” line). Load screens aren’t lengthy, cutscenes can occasionally give off the allure that you’re playing something on a more powerful machine, and there’s a lot of concerted effort by Capcom to get the animations right, even with normal enemies (seeing them writhing in pain is a nice touch). Capcom could have just rushed this one out but they didn’t.

I wasn’t super impressed by Monster Hunter Stories but I don’t think the developers intended for it to be a game-changer. It’s an above-average RPG infused with some of the cuteness of the Monster Hunter universe, with portability to boot.